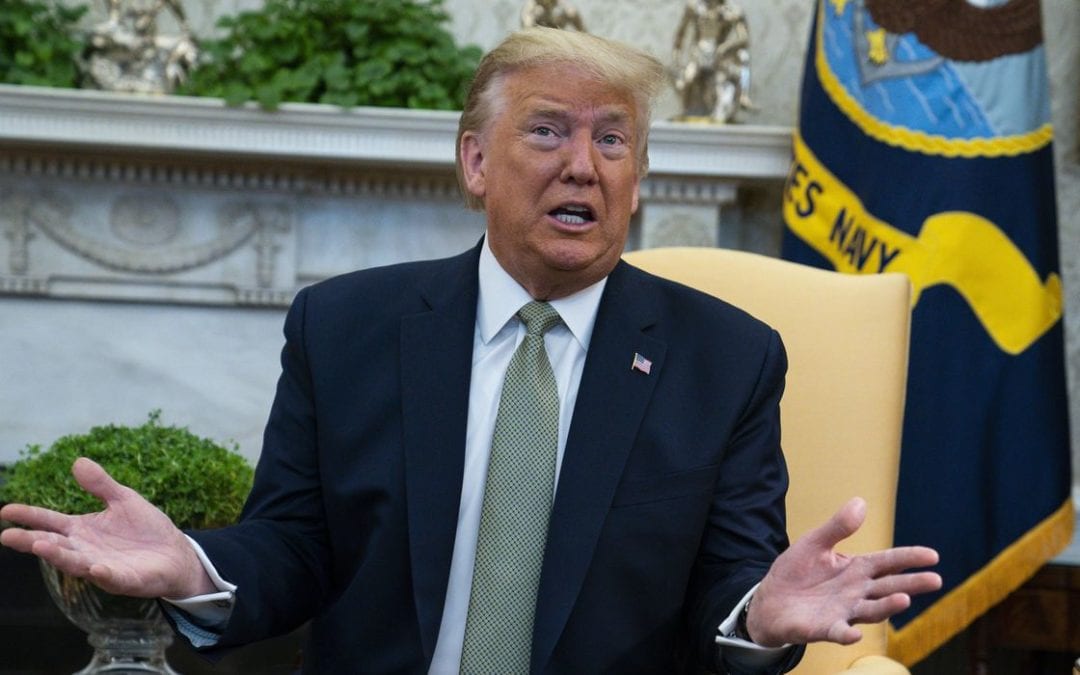 President Trump said Thursday he made the difficult decision to ban travelers from Europe for 30 days because “I don’t want people dying” from the coronavirus.

“I made a very tough decision last night,” Mr. Trump told reporters in the Oval Office. “Whether it affects the stock market or not, it’s very important, but it’s not important compared to life and death.”

The stock market plummeted again on Thursday over concerns about the coronavirus’ impact on the U.S. economy, with major indexes losing more than 7% by mid-day. Stocks moved negatively immediately after the president’s travel ban announcement on Wednesday night.

“The stock market is still much higher than when I got here,” Mr. Trump said. “It’s taken a big hit, but it’s going to all bounce back. It’s going to bounce back very big at the right time.”

The president said the U.S. “will make the turn” in its battle against the unusually lethal virus.

“The question is when, and the question is how many people will die?” Mr. Trump said. “I don’t want people dying. That’s what I’m all about. That’s why I made these decisions. It’s something I had to do.”

The president said he hasn’t decided whether to invoke special emergency powers under the Stafford Act that would release up to $40 billion in aid for dealing with the impact of the virus.

“I have a lot of emergency actions I can take,” he said. “We’re in great shape. We want to keep it that way. That’s why I did the ban with respect to Europe.”

Mr. Trump said the administration is looking at granting paid leave for workers affected by the outbreak, and he called again for a payroll tax cut, a proposal that congressional Democrats oppose.

He said he doesn’t support the relief bill that House Democrats will vote on Thursday, which includes extending unemployment insurance and making free school lunches available to children whose schools are closed.

“There are things in there that have nothing to do with what we’re talking about,” Mr. Trump said. “It’s not a way for them to get some of the goodies that they haven’t been able to get for the last 25 years.

I happen to think that a payroll tax cut would be a very good idea, it distributes it very evenly among middle class and other workers.”

The president also said after canceling a trip to western states that he will likely host Sen. Cory Gardner of Colorado for an event at the White House on Friday instead.