Did Colorado law enforcement flee the profession in 2020? Depends on the department. 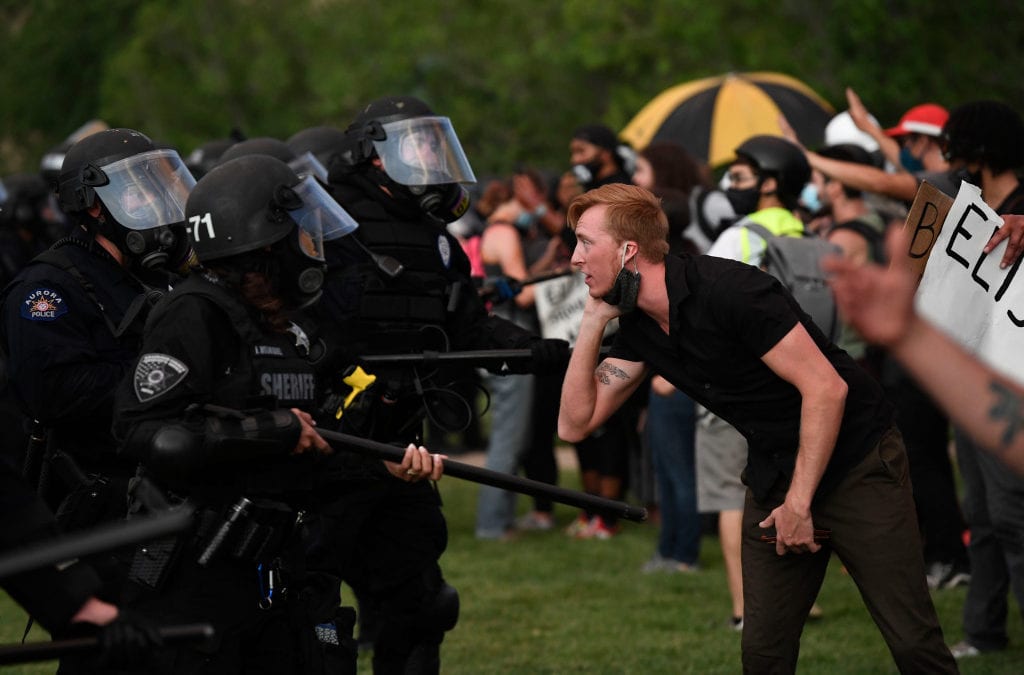 Law enforcement unions and leaders warned throughout 2020 that the stresses of a pandemic, increased crime, protests against police brutality, calls for defunding departments and the passage of landmark police reform legislation could cause an exodus from the profession.

The multiple stressors and anxieties for law enforcement in 2020 were layered like an onion, said Detective Michael Kim, second vice president of the Colorado Fraternal Order of Police. People who join law enforcement generally do so out of a desire to serve, he said, and the past year has left many officers disheartened or unsure of their futures.

“I think this is a year for most law enforcement officers for some hard conversations and some hard decisions,” Kim said. “There are lots of (law enforcement) households across the country where the conversation has been, ‘Do I stick with this? Do I leave this job?’”

But data from individual Colorado agencies, a survey of law enforcement leaders and statewide numbers show that the effects of the year’s stressors varied drastically by agency.

Statewide data collected by the Colorado Peace Officer Standards and Training Board does not show any significant change in the number of peace officers leaving their jobs in 2020 and instead shows a decline in attrition.

At least 1,756 Colorado peace officers left their departments in 2020, which is fewer than the 2,061 separations recorded in 2019 and the 2,050 recorded in 2018. The numbers include officers who may have left one department for another and officers who were fired. The data includes sworn police officers and sheriff’s deputies as well as some law enforcement employees who are not certified by POST.

“There are varying reasons, but numerous exit interviews suggest that public perception and risks of civil litigation are among the top concerns,” Elder said in the report. “In addition, recruiting numbers are the lowest in well over a decade. We anticipate full-time sworn shortages will continue through 2021.”

Data from the three largest police departments tell differing stories. Denver saw a decrease in the number of officers leaving, Colorado Springs saw a slight uptick and Aurora saw a 61% increase in separations from the year before.

Data provided by the Colorado Peace Officers Standards and Training board show the number of hires and separations from Colorado law enforcement agencies by month from 2018 through 2020.

A closer look at Aurora and Denver

A total of 69 officers and 18 recruits left or were fired from the Aurora police department in 2020 — a 61% increase from the 54 people who separated from the department in 2019, according to agency data. About 45% of the separations in 2020 were planned, like retirements, and the rest were unplanned, Dianna Giordano, director of Aurora’s human resources department, told a City Council committee on Feb. 25.

Since taking the Aurora police chief position on Jan. 1, 2020, Vanessa Wilson has fired eight officers — more firings than in the previous five years combined. Wilson said in an interview with The Denver Post that when she took the job she didn’t expect to have to fire such an unprecedented number of officers. But she said she stands by her decisions to fire the officers, despite the fact that some in her department do not like her holding the officers accountable. The officers she fired included a patrol cop who ignored a restrained woman’s cries for help after she fell face-down in the back seat of his cruiser and an officer who punched and used a Taser on a man lying on the ground.

“I think there are people who aren’t going to buy into my direction and my change I’m implementing,” she said.

Seventeen of the officers who left the department in 2020 filled out multiple-choice exit surveys about their reasons for leaving. Besides retirement, the most commonly cited reasons were “overall leadership” and “working conditions.”

The firings, the details of which the department has made public, have added to the increased attention on the Aurora Police Department over the past 14 months, Wilson said. A series of high-profile events — the death of Elijah McClain in police custody, officers posing for selfies at his memorial, officers detaining innocent children at gunpoint — have directed intense, critical attention on the department at the local, national and international level and have taken a psychological toll on the departments’ officers, she said, even those not connected to the events.

“All of the agency felt like they were being lumped into the same group,” Wilson said.

“We have actually seen the resiliency and dedication of the women and men that make up the police department that we don’t have people leaving in droves,” Pazen said.

It’s unclear what role the passage of broad police reform legislation in June had on officers’ decisions to leave the profession. Among other changes that law enforcement leaders said would impact recruitment and retention, the law made officers personally liable for up to $25,000 if sued for civil rights violations if their employer found they did not act in good faith. The law also made it a crime for officers not to intervene if they witness other officers using excessive force.

Wilson said the legislation certainly caused concern but wasn’t sure how many officers decided to leave because of it. The survey of chiefs and sheriffs found that the law enforcement leaders believe it was one of the main factors for people leaving, along with concerns about the future of policing and anti-police sentiment.

While the POST data doesn’t show a significant change in separations, it does, however, show a steep decline in the number of new officers hired by Colorado departments in 2020. Agencies reported 1,610 hires in 2020, down from the 2,378 recorded in 2019 and the 2,801 recorded in 2018. The numbers include not only people newly recruited to the profession, but also lateral hires from agencies both in and outside of the state.

About 73% of Colorado law enforcement leaders said they had a shortage of full-time officers and 51% said that shortage is worse than it was a year ago, according to the survey of chiefs and sheriffs conducted in December and January. Nearly three-quarters of the chiefs and sheriffs said fewer people were applying to work for their agencies than a year ago, according to the survey, which was conducted by the Colorado Association of Chiefs of Police and the County Sheriffs of Colorado.

“In the past nine months, we have not had a single applicant who was qualified to be a patrol deputy,” Custer County Sheriff Shannon Byerly said in the survey. “We have also lost several deputies with significant experience, which has left our agency young and less experienced.”

The Denver Police Department only hired 41 new officers last year — a far plunge from the 168 it hired in 2019. Though the department was able to keep its effective strength of about 1,500 officers the same, the city’s financial crisis caused by COVID-19 means the police department wasn’t able to hire 97 officers it already had budgeted for, Pazen said.

Those officers are needed, the chief said, especially as tourists return to the city, large sporting events start back up and traffic incidents increase as people return to their pre-pandemic routines and begin driving more.

The Aurora Police Department’s budget for hiring remained the same and the department held its academy classes, Wilson said, but those new recruits can’t act as independently as full-fledged officers. With the increased attrition, that means the department had to temporarily disband its neighborhood bicycle policing team, among others, to fill patrol shifts, she said.

Pazen said he has talked to some people who were drawn to law enforcement because of the pandemic and the calls for change in policing.