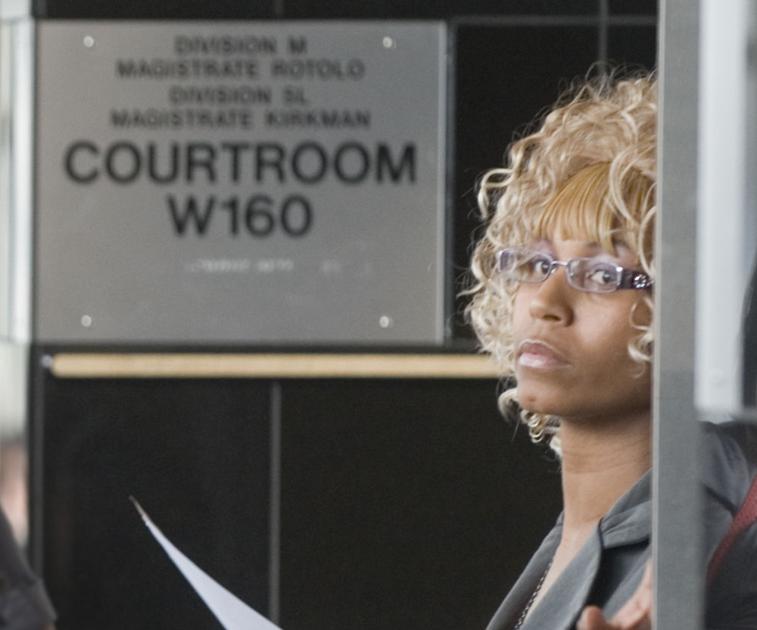 Detra Farries — who dragged a Colorado Springs tow truck driver and Iraq War veteran to his death while driving away from a tow-in-progress in 2011 — has been granted parole after serving a decade of her 20-year sentence.

Farries, 43, appeared Friday before the full parole board and successfully appealed for supervised release, the Colorado Department of Corrections Victim Service Unit said in an email Monday to people involved in the case, which was obtained by The Gazette. She is expected to be released in mid-June, said state prisons spokeswoman Annie Skinner. Farries remained at the Denver Women’s Correctional Facility on Monday afternoon, the DOC website shows.

The parole was approved despite pleas from the prosecutor who handled the case and the widow and daughter of the victim, Allen Lew Rose, 35, who have long argued that Farries got off light for what they saw as an intentional act.

A six-man, six-woman jury convicted Farries of manslaughter, leaving the scene of a deadly accident and all other counts against her, even as the defense argued that she couldn’t have known that Rose was behind her and that his death was the result of a tragic and unlikely accident. Rose became ensared by the cable he had attached to Farries’ SUV.

“She has not served 10 years of a 20-year sentence,” said Jeffrey Lindsey, the former El Paso County prosecutor who won convictions against Farries at a closely watched trial in 2012. “It’s unjust for her to get out of prison that early.”

Detra Farries at a previous court hearing. Photo by The Gazette file

Her 2012 trial lasted nearly two weeks, and dozens of witnesses took to the stand and described — often through tears — their attempts to flag down Farries as she sped through eastern Colorado Springs with Rose dragging from the end of a tow cable 50 feet behind her.

His ordeal started at the Park Hill Apartments, 360 N. Murray Blvd., where Rose had parked his tow truck behind Farries’ illegally parked Chevrolet Suburban. He was preparing to tow her when, witnesses say, she got in the driver’s side and started up the vehicle. As she pulled away, Rose attached a tow cable to her rear axle, two witnesses said.

The cable snapped off Rose’s tow truck winch as she drove through a grassy area but remained attached to the Chevrolet’s axle, swinging and bouncing over the ground. Rose ran after the vehicle and, after chasing it to an exit at the apartment complex, became ensnared by the flailing cable, which wrapped around at least one of his ankles.

Rose screamed for help and his clothing and flesh smoked as Farries sped away from the apartment complex. Good Samaritans waived from outside stores, honked their horns and, in one case, even gave pursuit trying to intervene.

Testimony showed that Rose was dragged 1.4 miles before he came out of his boots and slid to a stop on the asphalt.

He pleaded with paramedics to save his life, mentioning “the girls,” or his wife and daughter, before dying of his injuries, according to testimony.

Farries has said she couldn’t see Rose because her rearview mirrors were broken and her SUV was loud and in poor condition.

She said she fled because she believed the tow truck driver was pursuing her in a small green car that followed her after she left the apartment complex. In reality, the car was being driven by a Good Samaritan trying to flag her down and end Rose’s ordeal.

Farries has tried repeatedly tried for an early release and was even granted one in 2019, until the Arapahoe Community Corrections Board revoked its acceptance of the plan after a fresh objection by Rose’s widow, as documented by the newspaper.

She has been imprisoned for two years and two months beyond her parole eligibility date. Her sentence is expected to expire Sept. 8, 2028, the state prisons website shows.

Farries’ conviction came despite testimony by two Colorado Springs police investigators who said they believed that she couldn’t see or hear Rose and didn’t know he was there.

Lindsey said he’s never had any doubt Farries knew Rose was being dragged. Even as she professed ignorance during an interrogation, she said of Rose, “Why would he do that?” as if to imply that he was to blame for his own fate, Lindsey argued.

“Then there was testimony from some of the bystanders, the onlookers, that said it looks like she was trying to shake him off when she was on frontage road on Platte (Place),” Lindsey said. “And just the sheer number of people that came running out of businesses and offices trying to get her to stop. How could all those people see and hear and she couldn’t?”

Attorneys for Farries pointed out that her SUV’s mirrors were either cracked or missing altogether, that the vehicle’s engine was so loud she couldn’t listen to music, and that trash bags filled with her family’s belongings and piled up in back obscured her view.

In the end, however, it didn’t matter legally whether Farries was aware. The manslaughter conviction required the panel to find only that Rose died as a result of her recklessness.

The most serious charge against her, leaving the scene of a deadly accident, is a “strict liability” crime, for which she could be convicted regardless of whether she knew that an accident had occurred.

Farries was sentenced in the aggravated range after Judge Jann P. DuBois found as a matter of law that Rose’s died a “torturous, cruel and painful death,” making her eligible for doubled penalties under Colorado’s aggravation laws.