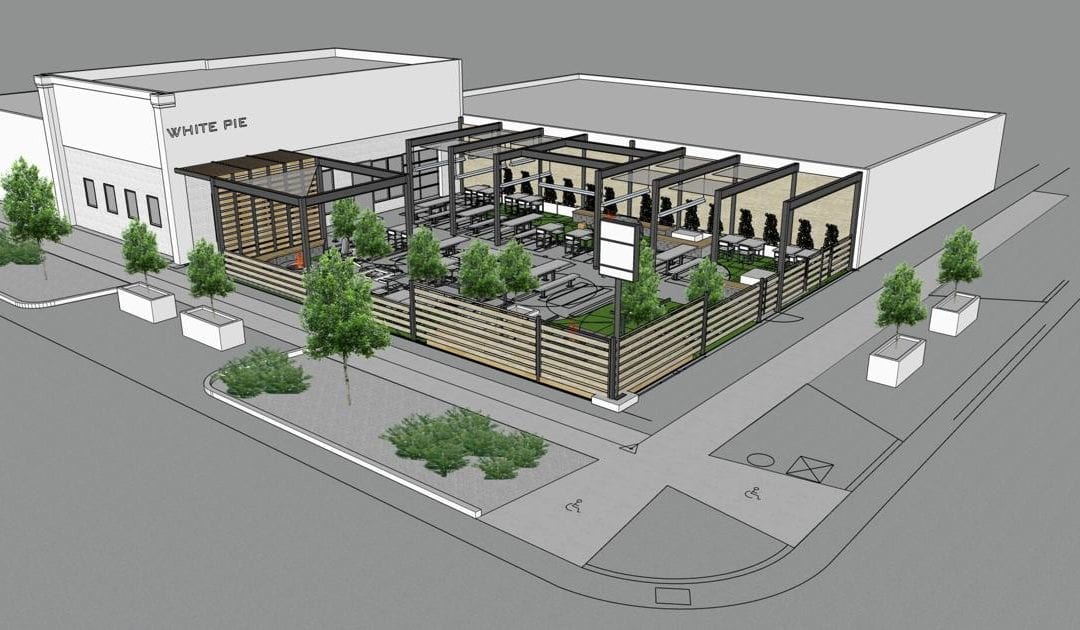 White Pie Pizzeria, a family owned restaurant in Denver, is expanding in a big way to downtown Colorado Springs.

The restaurant will open in mid to late January at 330 S. Nevada Ave., said Jason Wallenta, who operates the business with his wife, Riley, and brother, Kris. The building on Nevada most recently was occupied by baby products retailer Baby Cotton Bottoms, which closed last year.

The Wallentas also own Dos Santos Tacos, which has a location in Denver and in the Trolley Building in the 500 block of South Tejon Street in the Springs’ downtown. They had planned to bring White Pie to the Trolley Building two years ago, but it didn’t have enough space after it became home to other restaurants, Jason Wallenta said.

White Pie, whose Denver location opened in 2017, is known for its New Haven, Conn.-style pizza — pies with thin, crispy and charred crusts and asymmetrical shapes when they come out of the oven.

They’re topped with a variety of sauces, meats, cheeses, veggies and other ingredients. Some pies have simple names such as “pepperoni” and the namesake “white pie.” A few carry East Coast-centric labels such as “Fuggetaboutit” and the “Paulie Walnuts.”

“The bottom is firm, not doughy in any way,” said Jason Wallenta. “The crispy crust creates a really cool flavor profile with the rest of our sauces that nobody in Colorado other than us have.”

White Pie was attracted to Colorado Springs because of what Wallenta called a gap in the market for fresh-made pizza.

”There’s no, I would say, boutique-style pizzerias here in Colorado Springs, especially downtown,” he said, though Bambino’s Urban Pizzeria, Duca’s Neapolitan Pizza and other downtown eateries specializing in pizza might disagree. “For us, it was a no-brainer to bring our new-age style of pizza to Colorado Springs.”

White Pie also was attracted by a surge of downtown apartment development, Wallenta said. There are more than 1,400 apartments that have opened or are in various stages of planning and construction in the urban core, which developers say will cater to renters who want to live within walking and biking distance to downtown restaurants, bars and the like.

”Walking traffic over there, I’m amazed by it,” Wallenta said.

White Pie had targeted a November opening, but the COVID-19 pandemic led to a major change in its plans.

The indoor portion of the restaurant will seat about 70 people, with two bars — one for pizza and one for cocktails, Wallenta said. White Pie also will serve items similar to its Denver restaurant menu, such as salads and appetizers; in the Springs, White Pie also will feature a hamburger on a brioche pretzel bun, he said.

White Pie also sought to convert about half of a parking lot serving the 330 S. Nevada building into a patio for outdoor dining. But when the COVID-19 pandemic hit and the state imposed limits on indoor seating for restaurants, White Pie “blew up” its plans and now will turn the entire parking lot into a patio, Wallenta said.

The fenced, treed and landscaped area will include overhead steel and wood trellises with hanging heaters and three fire pits to allow diners to sit outside during colder weather.

Several tables will accommodate about 150 people, roughly doubling the patio’s seating, which Wallenta said he expects to become a destination for friends wanting to gather for drinks, family dinners and other occasions.

The ability to allow diners to sit outside year-round on the patio was key, Wallenta said. The family’s Dos Santos restaurant in the Trolley Building has a patio, but only one fireplace and no built-in heaters.

“If it (a pandemic) ever happens again, we’re prepared,” he said of White Pie’s patio. “We could have people out there all winter long.”