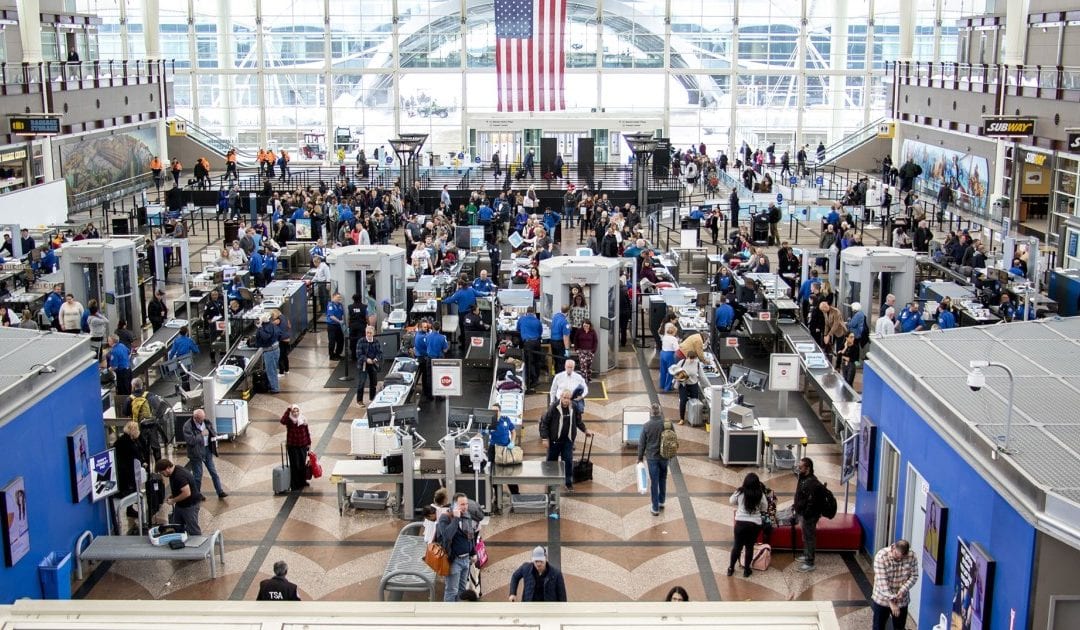 A DIA employee tested positive for the new coronavirus at a state lab, the city said in a release on Wednesday.

The test is presumptive positive because it must be confirmed by the Centers for Disease Control and Prevention.

The city’s release said the employee is symptomatic and isolated from others.

“The DEN employee who has tested presumptive positive for COVID-19 is a member of our maintenance team,” DIA spokeswoman Emily Williams wrote in an email. “At this time, we believe the person was not exposed to passengers and had limited contact with fellow employees.”

The Denver Department of Public Health & Environment is working to trace all contacts the employee may have had and finding people that may have been exposed.

“Our priority is to ensure the health and well-being of our community, and that includes City and County of Denver employees,” Bob McDonald, Director of the Denver Department of Public Health & Environment, said in the release. “It’s important to remember that this is a dynamic situation that requires tremendous flexibility in response. Our plans and tactics will change as the situation evolves and we have new information and strategies.”

That brings the number of cases in Colorado to 27.

The rise in COVID-19 cases in Colorado is due at least in part to increased testing capacity. The state began to be able to do tests starting in early March, to supplement the limited federal resources. They can now get a result within 24 hours, although the Centers for Disease Control and Prevention have to verify the outcome.

About 80% of people who get COVID-19 have only mild symptoms, and may not know they have it. Chinese researchers have found a mortality rate around 2.3 percent in the first outbreak in Hubei Province. COVID-19 seems to be most severe among the elderly and people with compromised immune system. Children appear to be less vulnerable, according to findings from Chinese researchers.

The best way to protect yourself and others from getting sick is to wash your hands, disinfect surfaces you touch a lot, cover your cough (with your elbow) and avoid touching your face.