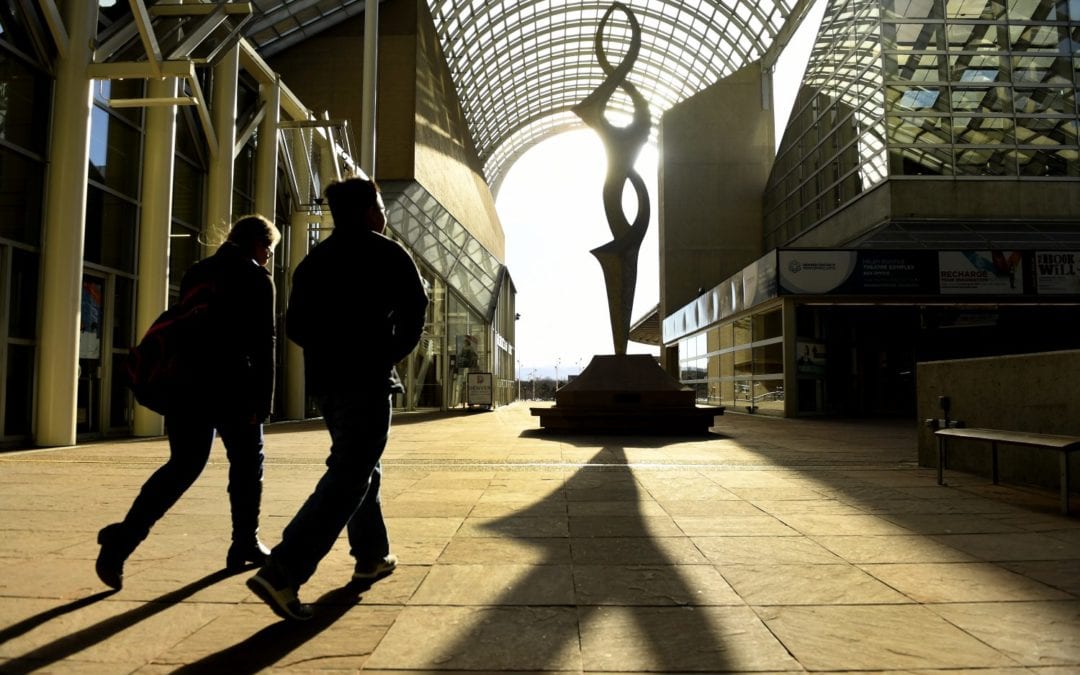 The Denver Center for the Performing Arts is reducing staffing costs by more than 50% and announcing a new round of show cancellations in an effort to stem millions of dollars in losses due to the coronavirus shutdown.

“Every single staff member will be impacted by one or more of these measures,” DCPA officials said in a Thursday afternoon press statement, adding that the move encompasses a combination of layoffs, unpaid leave, reduced hours, salary cuts and other benefit reductions for its 300 full-time, part-time and seasonal workers.

A spokeswoman would not confirm the exact number of employees laid off versus those being asked to take unpaid leave and reduced hours. DCPA currently has 185 full-time positions, 85 part-time positions and 35 seasonal positions, she said.

“The average reduction in time across the organization, excluding layoffs, is more than 55%,” the DCPA told The Denver Post Thursday. “We have reduced our staffing hours by more than half while still maintaining essential business functions and while continuing to prepare for next season. Every staff member will take an unpaid leave of absence and/or scheduled reductions resulting in reduction in pay between 20% to 100% through June 30, 2020.”

Prior to this move, the DCPA had already implemented a hiring freeze, reduced work for hourly employees and gotten rid of non-essential expenses such as travel, memberships and discretionary purchases. But those were not enough to overcome the gap.

DCPA officials also would not confirm the exact financial loss the organization has seen. In the event it claims those losses on its insurance, the organization doesn’t want to provide contradicting figures, given that those numbers are very likely to change, a spokeswoman said.

“In total, this is a loss of five shows, 523 educational classes and school programs, 19 rental events, and two fundraisers,” she said. “This loss has resulted in a deficit of millions of dollars” in fiscal year 2020.

In its 2018-2019 artistic season, the DCPA reported $193.4 million in ticket sales and 1 million people being served by its performances, programs and education.

Some of the plays and musicals that were canceled today had at first been postponed in the hope that new dates and previously purchased tickets could still be honored.

However, due to “escalating local, state and federal public health orders,” DCPA has decided to entirely cancel the touring Broadway shows “Mean Girls” and “The SpongeBob Musical” for the rest of the 2019-2020 artistic season, as well as the DCPA Theatre Company shows “Improvised Shakespeare,” “Choir Boy” and “Until the Flood.” (As of press time, the DCPA still plans to go ahead with its scheduled performances of “Hamilton” at the Buell Theatre, Aug. 12-Oct. 4.)

It also has canceled events such as “Saturday Night Alive,” “Women with Hattitude” and scheduled rentals at the Seawell Ballroom, which is part of the Denver Performing Arts Complex where the DCPA stages most of its productions. The complex also includes the Ellie Caulkins Opera House, Buell Theatre and Boettcher Concert Hall. Those three venues provide the majority of stage time for the Colorado Symphony, Colorado Ballet and Opera Colorado productions.

DCPA officials said the staffing cuts are in proportion to the programming cuts.

“While drastic, our goal is to make smart decisions now in order to recover from our deficit and be set up for a full lineup of programming in our 2021/22 season,” officials said Thursday.

Today’s move comes after DCPA’s March 13 announcement that it had to cancel or postpone all shows through May 11. That painful decision arrived only days after it announced its Theatre Company and Broadway offerings for the 2020-21 artistic seasons. Both were angled toward creating new subscribers with early access to tickets and deals.