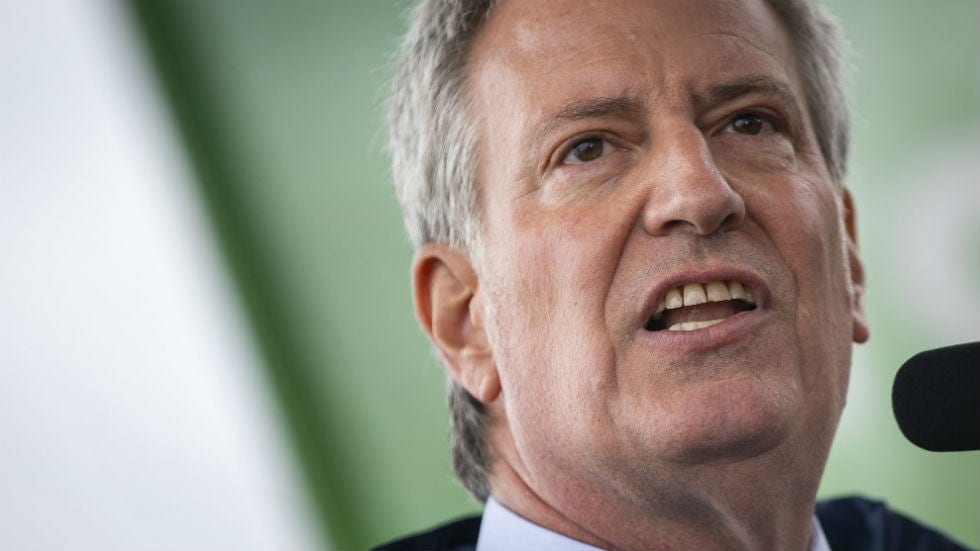 “The truth is, and New Yorkers and all Americans deserve the blunt truth, it is only getting worse. And in fact, April and May are going to be a lot worse,” the mayor said on NBC’s “Meet the Press.”

The outbreak will get even worse, he said, due to Trump’s refusal to invoke the Defense Production Act for the medical equipment hospitals need.

“The president of the United States is from New York City and he will not lift a finger to help his hometown,” de Blasio said, adding that New York City accounts for a third of the cases of COVID-19 across the country.

The mayor said he has repeatedly asked for the military to be mobilized to be “used to the fullest” to get equipment such as ventilators.

“So people can live who would have died otherwise. … I can’t be blunt enough. If the president does not act, people will die who could have lived otherwise,” de Blasio added.

The mayor said all medically trained military personnel should be sent to “places where the crisis is deep,” such as New York.

He added that if ventilators are being produced, they need to be sent to New York, not in months but in the next 10 days.

“And the only force in America that could do that is the military,” de Blasio said. “Why are they at their bases? Why are they not being allowed to serve? I guarantee you they’re ready to serve. But the president has to give the order.”

De Blasio responded that “it’s going to get a lot worse before it gets better,” but said progress would include “real, consistent social distancing begin enforced,” and “hospitals that can function.”

“If people see the system holding, that will be progress. If it starts to collapse, think about that in the United States of America in the 21st century, if our hospitals can’t function because our government wasn’t there for them,” he added.