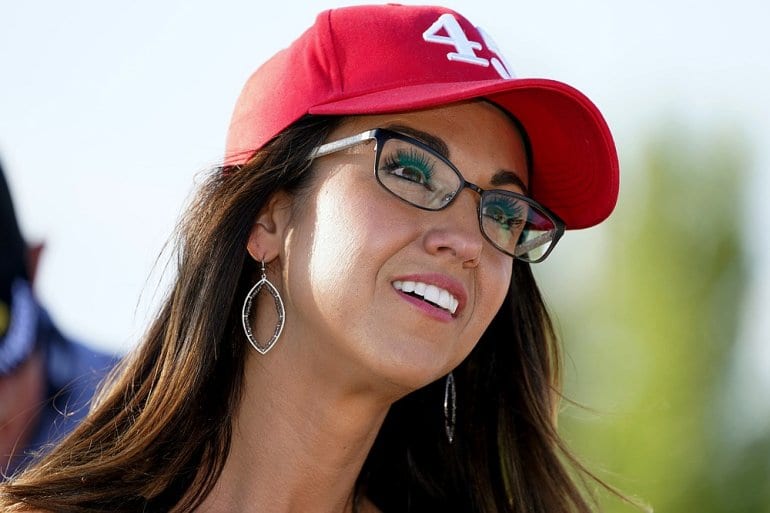 Newly sworn-in Congresswoman Lauren Boebert has taken a strong stance in support of gun rights with her on her trip to Washington, DC. She proclaimed throughout the campaign and since her election of her plans to take her GLOCK to work in Congress.

Let me tell you why I WILL carry my Glock to Congress.

Government does NOT get to tell me or my constituents how we are allowed to keep our families safe.

I promise to always stand strong for our 2nd Amendment rights.https://t.co/E75tYpdN4B pic.twitter.com/qg7QGenrNo

Note that in the video above, Boebert appears to walk through the District with a pistol concealed under her jacket. One which is presumably not registered in D.C. and for which she doesn’t have a permit to carry there.

Boebert’s proclamation didn’t sit well with Democrats in the nation’s capital city. The District of Columbia police chief has threatened to arrest the Congresswoman earlier this week.

“That congresswoman, whoever it is, I guess it was from Colorado, will be subjected to the same penalties as anyone else that’s caught on the District of Columbia street that’s carrying a firearm,” Metropolitan Police Department Chief Robert Contee said Monday, adding he plans on reaching out directly to her.

In general, a person must be licensed to carry a concealed firearm in the District, while open carry is prohibited. However, there are exceptions for legally registered firearms,” according to the police department.

“That congresswoman, whoever it is?” The lack of respect and courtesy displayed by Contee for Rep. Boebert is appalling. Besides, isn’t misgendering now a high crime in leftists circles?

Time will tell how this saga plays out. We’ll see if chief Contee is willing to back up his threat and arrest a sitting Member of Congress as she walks to work every day with a concealed firearm on her hip. No matter what happens, Lauren Boebert will be a fresh face worth watching as she advocates for gun rights for all Americans.

If there’s any example that a right is turned into a privilege if we allow TPTB to dictate them, this is certainly one. D.C. has temporarily prohibited guns “within 1000 feet of any First Amendment activity” thru tomorrow. Residents of D.C. who hold carry permits are not exempted, and must also comply.

So D.C. says you may not carry a gun, as protected in the 2A, but will allow you to if you pay them money for a little laminated card. Except when they then decide that little card isn’t good enough, then it’s back to no soup for you.

The National Guard was called in to (reportedly) assist local police in enforcing this prohibition.

I asked this question in a previous article. Don’t you have to be a resident of DC in order to obtain a carry permit?

“Besides, isn’t misgendering now a high crime in leftists circles?”

I thought we were going to get rid of all references to gender. See, in order to be inclusive, you have exclude. Just go with it, and don’t think about it too much bigot! Oh, and how will the French handle this? Nouns are either masculine or feminine. Maybe they could replace le and la with X? That sounds about right…

I hope this white congresswoman uses her position to speak about the crime in DC. The fact that white people can get guns. And law abiding blacks can’t. She should be asking this black police chief, why innocent black people can’t have guns like his white friends can?

Because I’m sure his white friends do have gun permits in the city. Ya I went there. This is about race.

“They [Congress] shall in all Cases, except Treason, Felony and Breach of the Peace, be privileged from Arrest during their Attendance at the Session of their respective Houses, and in going to and returning from the same; and for any Speech or Debate in either House, they shall not be questioned in any other Place.”

If that police chief is that stupid, he should be stripped of his badge as he is not fit to serve. Of course I suppose he could claim breach of the peace. We shall see.

Michael Crognale provided the relevant quote from the U.S. Constitution. The District of Columbia Police Chief will simply claim that Congresswoman Boebert is guilty of a “Felony or Breach of the Peace” (for carrying a concealed handgun without a license and/or carrying an unregistered handgun) and arrest her without any reservations.

The only reason that D.C. police have not already arrested her is because the optics are REALLY bad and they are hoping that she will “voluntarily” acquiesce to their disarmament demands.