Coronavirus pandemic should have little impact on Colorado’s hunting season 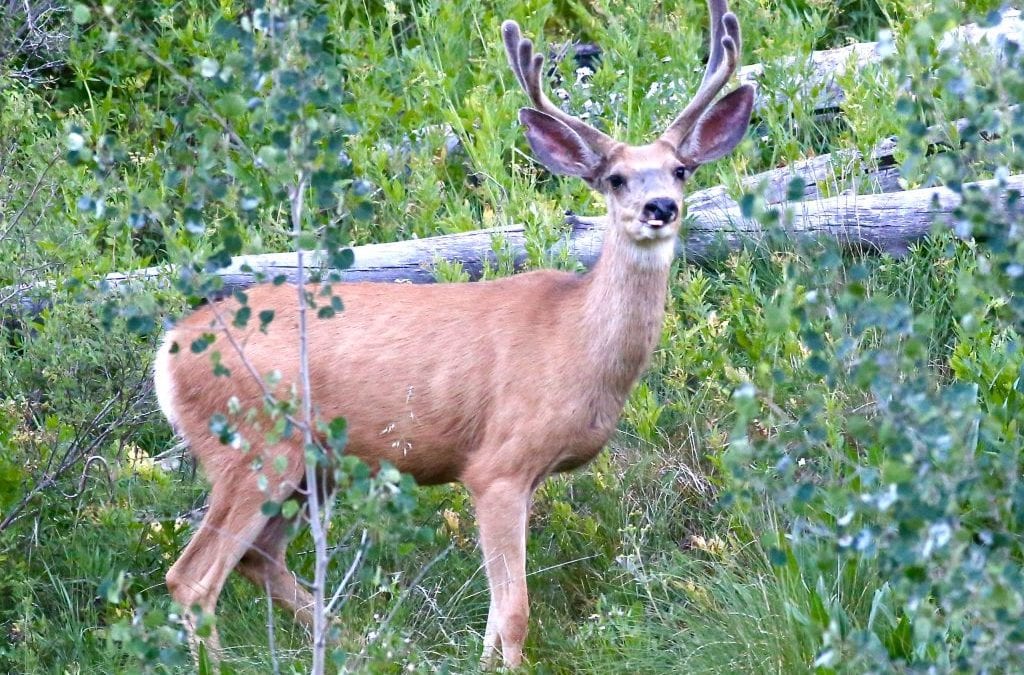 COVID-19 might be affecting nearly every corner of the Coloradan way of life, but hunting could remain insulated from the virus, a Colorado Parks and Wildlife spokesperson said.

“Part of our challenge with predicting the pandemic is it seems things change on a day-to-day basis,” CPW spokesperson Randy Hampton said. “But at this point it does not appear there will be any impact on hunting seasons from our perspective.”

“Much of the increase is due to resident interest, but non-resident applications were up slightly over last year, too,” Hampton said. “However, that doesn’t tell us what will happen in October and November when we get into the big rifle seasons.”

While the state hosts hunting seasons for myriad game, including bears, turkeys, pronghorn and mountain lions, the biggest license sellers are deer and elk.

Hampton explained the hunter success rate for elk is much lower than for deer, because elk tend to stay in harder-to-reach elevations for longer. Of the 92,000 deer licenses sold in 2019, hunters harvested 36,000.

While COVID-19 might not decrease the number of overall licenses sold, CPW might sell less out-of-state licenses, which could directly impact its revenue.

Once refunded the license goes back into the pool available for sale, so if an out-of-state hunter requested a refund, an in-state hunter could scoop up the license, leaving room to drastically alter CPW’s revenue stream.

Ultimate Huntress competitor and Silt resident Jackie Guccini said the pandemic will not interfere with her hunting plans whatsoever.

“For local hunters, I don’t think (COVID-19) will affect hunting at all,” Guccini said. “I don’t need to buy anything from a store, so even if they were closed, I already have everything I need to go.”

Born and raised in Louisiana, the 37-year-old said she’s hunted since she was about 7.

“I love hunting elk, but the challenge of antelope and turkey is what I really love,” Guccini said. “My preferred hunting method is archery.”

Drawn to Colorado in 2007 by the oil fields, she said she now calls the Rockies home, but each year she hunts all over the U.S. with a group of female hunters.

“Everyone I’ve talked to is still planning to hunt this year,” Guccini said. “But where some would travel to hunt in other states, some are saying they are going to stay and hunt in their home states. For my husband and I, we still plan to travel for hunting.”

The reluctance to hunt out of state has more to do with travel restrictions than infection rates, she said. Some states, such as Pennsylvania, are suggesting people who travel out of state should self-quarantine for 14 days after returning. If those quarantines are made mandatory, Guccini said some of her fellow hunters wouldn’t be able to manage the extra time off from work.

Allure of the outdoors

Heading into 2020, CPW was considering cutting staff on the parks side of the agency because of declining revenues, Hampton said.

An influx of visitors during the pandemic, however, completely eliminated CPW’s funding concerns this year, he explained.

“We’re very proud of the fact we’ve been able to keep the parks open,” Hampton said. “And park attendance has been through the roof since the pandemic began.”

Fishing license sales, too, are on the up and up. Across the board, people are heading outside and recreating more than in years previous.

“The outdoor industry has certainly seen a boost this year,” Hampton continued. “I know bike places that sold their entire inventory for the year in just the month of May. Kayaks and paddleboards are sold out everywhere.”

CPW receives a portion of its funding from a federal excise tax on outdoor sporting goods, and a recent spike in firearms and ammunition sales has kept that revenue stream strong this year, he added.

“This is a serious disease, and people are losing their lives — there’s nothing good about it,” Hampton said. “But outdoor recreation seems to be thriving under the current conditions.”