Coronavirus in Kentucky: Where did COVID-19 cases come from? 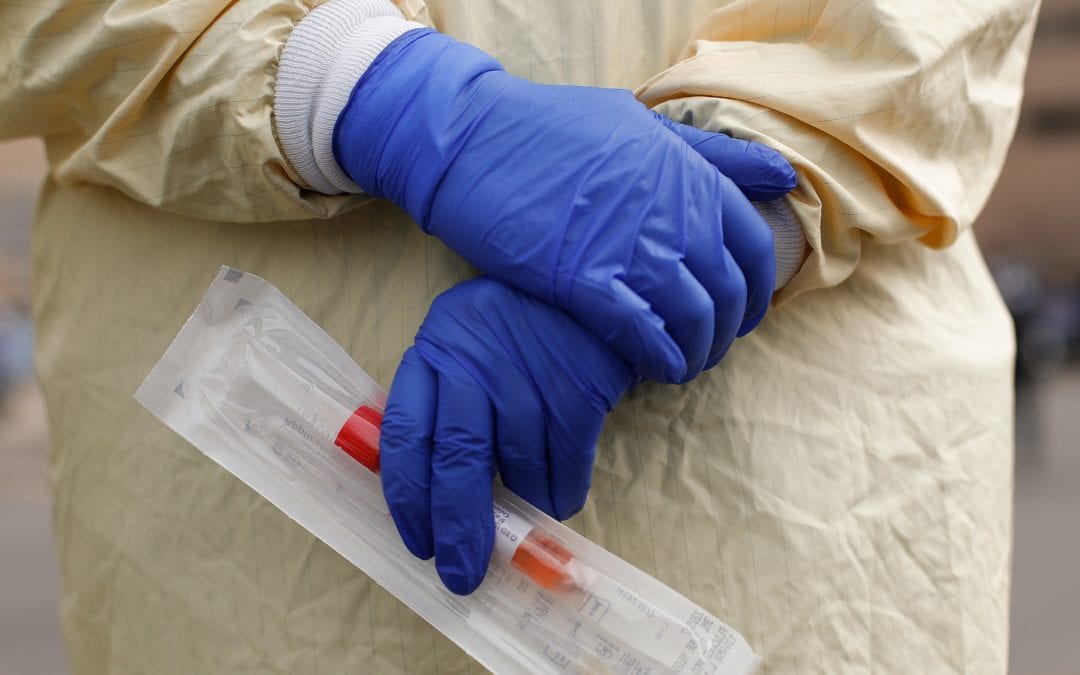 Now, we may know how she was infected.

The 27-year-old woman, a Walmart employee, has made a full recovery since she was officially diagnosed with COVID-19. But for nearly two weeks, no one could say how she’d contracted the virus.

On Thursday, a state official shared the likely source of her exposure — someone who had traveled to California around the time the first COVID-19 cases were hitting Los Angeles, then returned home to the Cynthiana area with the virus.

The case is one of at least 16 positive tests that Kentucky epidemiologists believe they have tracked back to their origins.

[This story is being provided for free to our readers during the coronavirus outbreak. Consider supporting local journalism by subscribing to The Courier Journal at cm.courier-journal.com/specialoffer.]

Doug Thoroughman, a Centers for Disease Control and Prevention field officer assigned to the Kentucky Department for Public Health, gave clinicians an update on a Thursday conference call:

To find out the origins of the cases, epidemiologists went through a process called “contact tracing.” They identified who the patient has been in contact with, where they had moved about the community and any other details pertinent to the virus’s spread.

Officials now believe that the cluster of nine confirmed cases in the Cynthiana area — seven in Harrison County and two in neighboring Bourbon County — may all be linked to one person’s trip to California.

The most recent case in the cluster, a 50-year-old man, was announced Wednesday night.

“They will find a connection somehow, because we know this virus is being spread person to person in our community,” Harrison County Judge Executive Alex Barnett said.

As of Thursday evening, Kentucky has 47 confirmed cases of COVID-19, Gov. Andy Beshear said. That likely represents only a portion of actual cases, given the state’s limited testing capabilities.

Kentucky coronavirus live updates: Follow along for the latest information

Though the Walmart employee was the state’s first diagnosed patient, Thoroughman said a man who had traveled to California likely passed the virus to her.

The man’s trip was “just about the exact same time California identified its first cases in LA, and this person was in LA.”

That person was symptomatic upon his return but didn’t receive testing.

At the time, health officials were looking at international cases, he explained, and providers weren’t reporting domestic travel.

The person ultimately got better — but had close contact with a few of the later cases, including the state’s first confirmed patient, who was hospitalized in Lexington at the University of Kentucky’s Chandler Hospital.

The 27-year-old woman was twice denied testing for COVID-19 at the direction of the Kentucky Department of Health, Harrison Memorial Hospital said in a statement the day after her case was announced.

On her second trip to the hospital, even though the patient did not meet COVID-19 screening criteria, Harrison Memorial still admitted her because of her worsening condition, placing her into a negative pressure isolation room.

Coronavirus tracker: How many cases are in Kentucky? Where are they?

It wasn’t until she was transferred to UK’s hospital that she was tested for the coronavirus.

Like much of the U.S., Kentucky still has a limited capacity for the number of tests it can administer. As such, it follows CDC guidelines that emphasize testing the sickest patients and those with confirmed contact with an infected person or travel to an affected area.

The lack of testing virtually guarantees that there are far more Kentuckians with the virus than have been officially diagnosed — meaning they could be unknowingly spreading the disease.

The California traveler was only later tested because the health director in Harrison County had the latitude to test asymptomatic people, and the traveler was one of them, Thoroughman said.

“Lo and behold, he turned out positive,” he said. “So we think that was what happened: That person brought it back from LA and then a number of people were infected through different venues, through work setting and religious setting, things like that.”

Read this: How a rural town became Kentucky’s epicenter for the coronavirus

Other cases, Thoroughman said in the call, had connections to domestic and international travel.

Four people who tested positive had taken ski trips to Colorado, where an outbreak has been reported in ski resorts.

“I don’t know if any of you have seen on the news, but basically they’re recommending that anyone who was in a resort in Colorado, a ski resort, needs to be quarantined because they’ve had a massive outbreak in the ski resorts there,” Thoroughman said.

Two others traveled internationally — one to England and another to Switzerland. Thoroughman said it “looks like they were exposed in those countries and brought it back.”

Another patient went to Mexico when he was already ill, and other patients — it is unclear which ones or how many — had a history of domestic air travel.

Additionally, Thoroughman said, there has been one confirmed case of a health care worker who was infected by a patient.

“A lot of our people in Kentucky are person-to-person communication transmissions,” Thoroughman said.

See also: With coronavirus kits limited, Kentucky is testing only the sickest patients

Louisville’s Speed Art Museum fundraiser on March 7, the “Speed Ball,” was attended by two high-profile women, Christy Brown and Mary Moss Greenebaum, who both said they tested positive for COVID-19 not long after the gala.

News of their diagnoses led to a flurry of testing by leaders, including Mayor Greg Fischer, U.S. Rep. John Yarmuth, Gov. Andy Beshear and University of Louisville President Neeli Bendapudi.

All tested negative in subsequent days — but Fischer announced Wednesday that his wife, Dr. Alexandra Gerassimides, had positive test results for the coronavirus.

Fischer said he thought the Speed Ball was where she’d been exposed.

Gerassimides, 61, is a pediatric pathologist at Norton Women’s and Children’s Hospital, but had not been to work since before the Speed Ball, a city spokeswoman said.

She is in self-isolation, and Fischer has said he’ll self-quarantine through the end of March.

“That’s the way it goes,” he said. “We’ll keep working here from home. It’s not slowing us down much.”