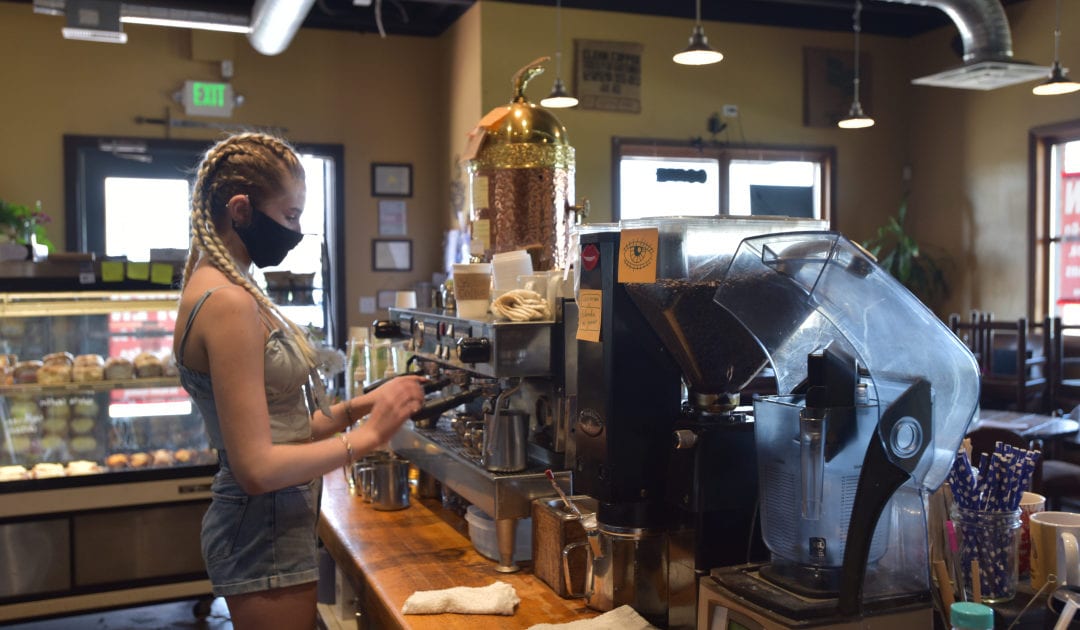 Colorado’s unemployment rate dropped three percentage points to 7.4% in July, a significant improvement from the month before as people head back to work after coronavirus-related cuts, according to data from state officials.

The state’s unemployment rate, which was at 10.6% in June, had the third largest drop in the U.S., after Illinois and Michigan, said Ryan Gedney, senior economist at the Colorado Department of Labor and Employment.

But the improvement isn’t just due to 11,100 more people getting a job in July. There were about 134,200 jobs added back since May. Plus, about 97,500 people stopped looking for work during July, Gedney said during a call Friday with the media.

“An analysis of some internal data showed that many individuals (who) have shifted from in the labor force to not in the labor force actually do not want a job now,” Gedney said. “There was also a decline in the number of individuals who are marginally attached to the labor force. That means they want a job or are available to work, but have not looked for work in the previous four weeks due to discouragement, school, family responsibilities and other reasons.”

It’s been a rough return from early coronavirus business closures. There was a week early after the disease hit Colorado when more than 100,000 people filed first-time unemployment claims.

There are still about 300,000 people receiving biweekly unemployment checks. About one third of those are paid from federal coronavirus relief funds because they are self-employed or gig workers, or have exhausted their state benefits and moved to a 13-week emergency extension made available with the federal CARES Act passed in March.

New claims have been mostly in decline since spring, with the latest data showing 6,942 people made a first-time regular unemployment claim during the week ending Aug. 15.

About half of unemployed Coloradans in July were still on a temporary layoff. But nearly 30% were considered permanent job cuts, according to labor data. That compares to the Great Recession, when 10% were on temporary layoff and 53% were permanently let go, Gedney said.

Colorado’s 7.4% unemployment rate ranked the state the 15th lowest in the nation. Utah had the lowest, at 4.5%. The U.S. unemployment rate also fell to 10.2% during the month, down about nine-tenths of a point.

Get on the list to receive The Colorado Sun’s new column about unemployment, jobs and ‘What’s Working‘ in Colorado.

Unemployment varied throughout the state, with Pueblo and Denver posting the highest rates for metropolitan areas during July, at 7.9% and 7.8% respectively. Fort Collins had the lowest rate at 6.2%.

But mountain and rural counties were hardest hit, with the highest unemployment rates recorded in Gilpin, at 12%, and Summit, at 10.1%, and in Huerfano, at 9.9%.

However, the jobs appear to be returning. Retail, one of the hardest hit industries during the coronavirus, has added back about 70% of the jobs lost earlier this year. But there are still industries in decline, including transportation, which has shed 11,900 jobs since February due to a halt in air travel.

More than one third of nonfarm payroll jobs lost between February to April have been added back. The return of 134,200 jobs is a 39.2% recovery rate, which is less than the 41.9% nationwide.

Before the pandemic, Colorado’s unemployment rate had hit a record low of 2.5% in January and February.