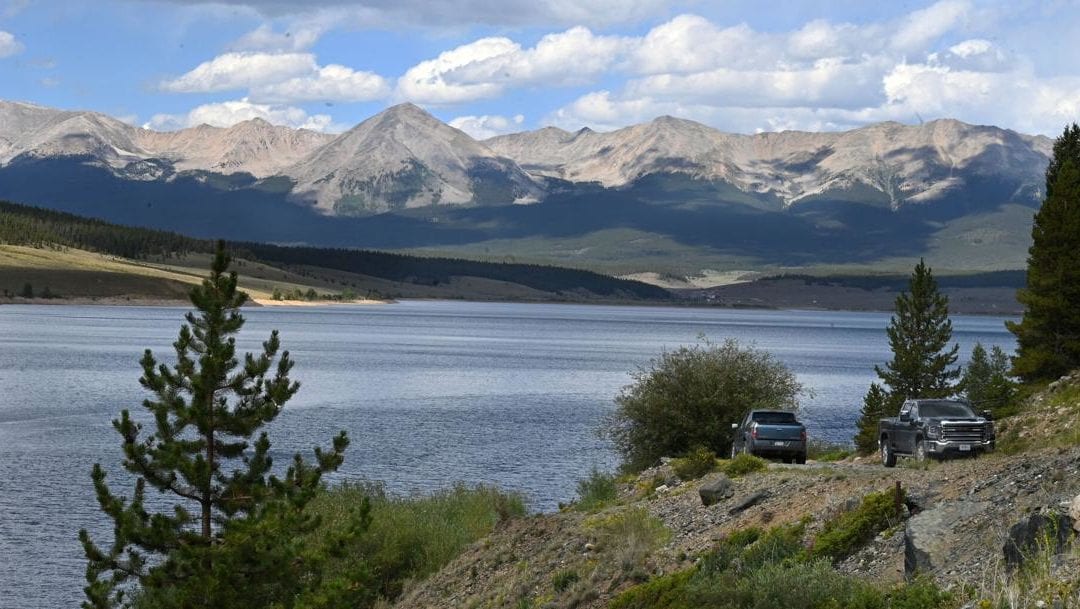 TAYLOR PARK • One day this summer, the Birdsey brothers were tending to their chores around Taylor Reservoir when they overheard the exclamation from a young woman on the scenic shore. She was from Boulder, the brothers later learned.

This place, this sprawling valley of rolling sage and forests over the Continental Divide from Buena Vista, was frequented by natives on deer paths. The miners came later to “Colorado’s Shangri-La,” as author Eleanor Perry called Taylor Park in her 1989 history book. Thousands seeking riches made home in the surrounding mountains, including in Tincup, the ghost town toured today by off-roaders.

Along with those enthusiasts, Taylor Park has long been a hub of anglers. Colorado Parks and Wildlife maintains the state’s longest rainbow trout (40 1/4 inches) and a record cutthroat (31 inches) were caught from Taylor River. The Birdsey brothers, familiar faces here for 20 years since childhood, can tell you recent memories of reeling in 60 pounds worth of fish in less than 40 minutes.

They’ll also tell you more people than ever are finding this place.

“It’s gotta be the busiest summer ever here,” said Rory Birdsey, alongside Ryan running the Taylor Park Marina. “We’ve been running like chickens with our heads cut off.”

To find Taylor Park previously, Ryan explained, you had to want to find it. From Colorado Springs, if you didn’t have a Jeep or something sturdy enough for Cottonwood Pass’ previously rugged track, you had to go over Monarch Pass, continue through Gunnison and make the right turn to little Almont. From there, after about four hours on the road, it’s another half-hour to the reservoir, reflecting the jagged grandeur of the Sawatch Range.

Now, for the first summer, Cottonwood Pass from Buena Vista is fully paved and open. Now just about any car from the Springs can get to Taylor Park in less than three hours.

“Now we’re becoming a true destination,” Ryan Birdsey said. “I’d guess this place hasn’t seen this many people since the turn of the century in the mining days.”

That seems so to the tall man behind the counter down the road at the Taylor Park Trading Post. Owner Ted Brand started coming here in the 1970s to fish with his dad, never thinking he’d buy this log-built compound with a general store, gift store, cafe and cabins for rent.

Brand is into his second summer living here. And he never thought back in the ‘70s things would look like this.

“We figured the traffic would double once (Cottonwood Pass) opened up, and it’s done that,” he said. “It’s just blown up around here. It’s nice, but man, sometimes it’s just crazy.”

The cattle grazing around lend to a scene of old-time Colorado. But this is no doubt modern Colorado, a destination indeed, where cars line up at trailheads and campers vie for spots. Up Cottonwood Pass from the reservoir, small villages of tents pop up on the weekends.

“Taylor Park” is emblazoned across T-shirts, hats and mugs at the gift shop. An American flag waves here, as one does at the marina, where the Birdseys rent boats and sell guided fishing trips as well as food from a big-city chef. Brand and the marina’s bearded brothers are the new heads of business here, taking over for families that started operations in the 1940s, in the decade after Taylor Park Dam was finished.

The wheels of progress turn. Where once horses and buggies kicked up dust in these mountains, now droves of dirt bikes and all-terrain vehicles do. From Cumberland Pass to Tincup, to Taylor Pass to Aspen and the trails and roads stretching between Chaffee County east and Gunnison County west, the options and views are endless.

Taylor Park “is a phenomenal opportunity, especially since they paved that road,” said Scott Jones, vice president of the Colorado Off-Highway Vehicle Coalition.

But he agreed with the Birdseys’ assessment of the pavement posing “a double-edged sword,” as Ryan called it.

“Cottonwood Pass has been a game-changer, and there’s issues with that,” he said. “Now we’re constantly picking up trash, putting out campfires. This place was never set up to sustain this amount of people.”

He expects the U.S. Forest Service will clamp down on dispersed camping and wonders about other environmentally minded strategies.

In an emailed response to an interview request, a spokeswoman for the Grand Mesa, Uncompahgre and Gunnison national forests recognized the increased traffic but said the agency had yet to determine if the increase was due to the new road or more people “getting out and enjoying their public lands because of the pandemic.”

To celebrate a project envisioned for decades, federal and state highway officials along with county leaders last September convened at Cottonwood Pass’ 12,126-foot summit for an opening ceremony. Online news source Ark Valley Voice quoted Central Federal Lands Division Director Renee Sigel: “The partnership of the counties, the Forest Service and the Department of Transportation has been a great example of what we can do together to achieve a project that is going to benefit not just the counties, but the entire country.”

The Forest Service foresaw the road “inviting millions and millions of visitors in the decades to come — a bright and shining jewel in America’s scenic landscape.”

But could there be a cost?

Jones sees Taylor Park becoming a focus of his coalition’s Stay the Trail campaign, aimed at “reinforcing and highlighting responsible OHV use.” Bigger crowds mean changes for other users, too, Ryan Birdsey said.

But there’s a lot of land waiting to be found beyond the reservoir — “that’s the cool part about this place,” he said.

He’s heard complaints from visitors looking for solitude. And his advice has been simple: “Just go a little farther.”