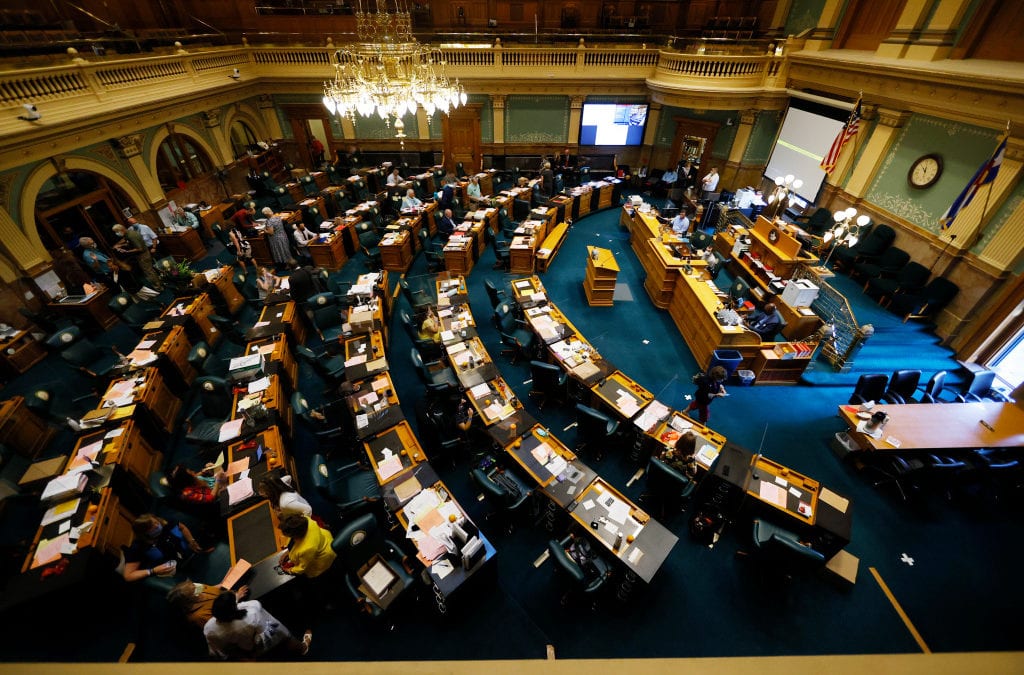 Six weeks after Colorado lawmakers concluded their atypical 2020 legislative session, Republicans are calling for a return to the Capitol to address education issues during the ongoing coronavirus pandemic.

But some Democrats say it’s a political stunt, as the presidential election draws closer, from Republicans who previously opposed extending the legislative calendar because of the pandemic and generally reject efforts for special sessions.

All of Colorado’s Senate Republicans and some of the House Republicans signed onto a letter delivered Tuesday morning to Gov. Jared Polis asking for approval for a special session for “developing innovative policies that ensure every child has access to a high quality education, regardless of their unique health circumstances, age or income level.”

The governor can call a special session in “extraordinary occasions,” or the lawmakers themselves can call one by a two-thirds vote in each of the chambers. Although Republican lawmakers previously have opposed what they’ve called the governor’s abuse of power during the pandemic, they said they’re calling for the session after an outcry from parents.

The letter cites ongoing challenges parents and schools are facing about the various models for education in the fall as the public health crisis continues.

“The instinctive drive of parents to find the best learning opportunities for their school-age children transcends politics,” said Sen. Paul Lundeen, R-Monument, in a statement. “We need to give them safe learning choices during our battle against COVID-19.”

But Senate President Leroy Garcia, a Pueblo Democrat, said he sees this as an attempt by Republicans to stir the pot.

“It’s disappointing to see such an important and massive request of the General Assembly was made via Twitter,” he said of notification to Democratic colleagues. “But maybe they’ve been watching President Trump and think it’s the appropriate way to pursue this.”

Plus, Garcia pointed out, lawmakers have been discussing legislative interim committees and they have an executive committee meeting coming up where they could have discussed potential solutions.

One of the proposals lawmakers called for in the letter is to redirect all or a portion of the per pupil funding school districts receive — which some already say is not enough — to families whose children may not be able to attend school in-person full time.

“Parents need concrete, actionable and flexible options for the 2020-2021 school year,” the Republicans said in their letter. “Kids get one chance to receive a quality education, so we urge you to take immediate action to prevent lifetime damage to Colorado’s children.”

Garcia called the request a narrow-minded approach that would harm public schools at a critical time, rather than coming up with more innovative solutions that involves parents, schools and school board members.

But Lundeen rejected that view, saying lawmakers needed to take the request for what it is today: an emergency response to provide parents with money to educate their children who have to stay home without worrying about if they can afford to do it.

A request for comment from Polis’ office was not immediately returned Tuesday.