Colorado’s red flag gun law was used 73 times in its first 7 months. Here’s how the rollout has gone. 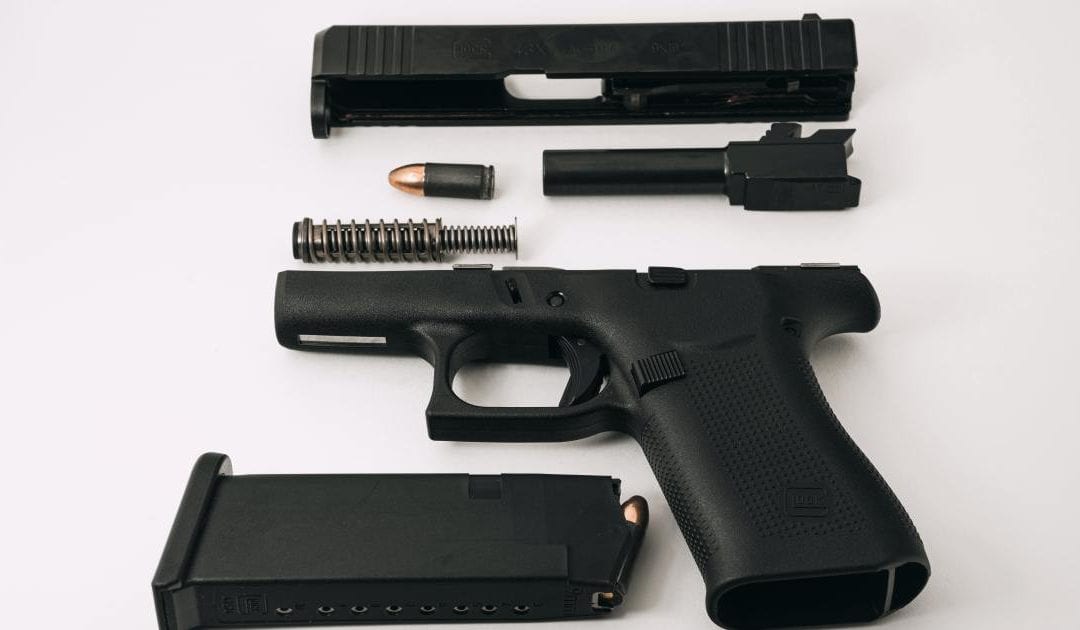 In the seven months after Colorado’s red flag gun law went into effect in January, allowing judges to order the temporary seizure of firearms from some people deemed a significant risk to themselves or others, there were 73 cases filed across 19 counties.

Proponents say the data, collected by the state’s court system, shows the policy is working exactly as it should and claim it’s the clearest indication yet that anxieties over rampant, improper usage of the law were overblown.

“It’s exactly what we thought was going to happen. It’s being used, in the cases that I know about, to protect people who are vulnerable,” said Colorado House Majority Leader Alec Garnett, one of the prime sponsors of the 2019 legislation that created the law.  “All of the fear tactics that the opposition used — (saying) that this was going to be used by scorned lovers and that cases were going to be all over the place and through the roof — aren’t coming to fruition.”

There has been at least one high-profile case of an attempt to misuse the new statute.

Days after the law went into effect, a woman in Larimer County filed a petition seeking to have firearms seized from the Colorado State University police officer who fatally shot her teenage son in 2017. A judge denied her request, in part because she lied on the petition by claiming that she and the officer were family members because they shared a child together.

(Family members, roommates and law enforcement are among the limited group of people who can file a petition seeking a gun-seizure order — called an extreme-risk protection order — under the red flag law.)

While opponents of the law pointed to the Larimer County situation as a prime example of how it could be misused, those in favor said it was a clear-cut example of the policy working exactly as it should since the case was quickly tossed out.

State Rep. Dave Williams, a Colorado Springs Republican and fierce opponent of the statute, said he’s still concerned about the law’s constitutionality and due process protections even if it’s not being frivolously used.

“Overuse of the red flag law isn’t the issue,” he said. “It’s use without adequate due process protections is what’s alarming and it will further erode trust between the public and our criminal justice system.”

Williams was one of several Republican lawmakers who teamed up with Rocky Mountain Gun Owners, a hard-line gun-rights organization, to file a lawsuit challenging the way the red flag gun law passed through the legislature. It was dismissed by a Denver District Court judge. Williams says the group is appealing.

The measure creating the law — House Bill 1177 — was one of the most contentious pieces of legislation passed during the 2019 legislative session in Colorado.

Here’s how the law works: Law enforcement or someone close to a gun owner petitions a judge to have that person’s firearms temporarily seized through the civil court system.  If the order is granted, the judge must rule within 14 days whether to extend the seizure period and prevent the person from purchasing more guns for up to 364 days.

Records from Colorado’s court system show that 11 temporary seizure petitions have been denied. Judges have declined to extend temporary orders another six times.

Of the 73 cases filed, only 29 have resulted in the issuance of an order that someone’s guns be seized for up to 364 days, the records say.

Denver was the county with the most red flag law cases filed since Jan. 1, at 25, according to records from Colorado’s court system. That represents more than one-third of all the cases filed in the state since the law went into effect.

Law enforcement has been responsible for filing 17 of the Denver cases, including four that are pending. The city has sought a seizure order against one person twice.

In total, the law enforcement-originated orders in Denver have resulted in the seizure of 65 firearms, 34 of which belonged to one person, according to the Denver City Attorney’s Office, which handles the cases in court.

Allison Daley, who works in the mental health unit in the city attorney’s office, said except for some minor speed bumps in getting Denver’s procedures up and running, the red-flag law has worked well. In only two cases people fought being ordered to hand over their guns. For the most part, people have willingly given up their weapons.

“I think there’s always challenges with any new law, but I think relatively there’s actually been less argument than we anticipated,” she said. “… I think a lot of them, what we hear from them and their attorneys, is that they realize that they aren’t really at a point in their lives right now where they (could) safely have a firearm.”

She said it’s been difficult at times to keep up with the 14-day requirement between hearings because the amount of information gathered for each case can be large. That’s led to some continuances. But overall, she said, the city attorney’s office has learned a lot and adapted as necessary.

“The cases that we’ve had, it really is the appropriate use of this law,” said Katie Donohue, another lawyer in the mental health unit who works on red flag law filings. “I mean, it’s people who have clearly made homicidal threats or threatened to kill themselves. I truly feel like we’re protecting society.”

Douglas County Sheriff Tony Spurlock, a Republican who bucked his party in supporting the red flag law, said his office has used the policy three times.

MORE: A slain deputy. A political brawl. A school shooting: How Sheriff Tony Spurlock is handling years of turmoil

“In those cases, all three of those individuals relinquished all of their guns and are in extensive treatment,” he said. “It worked for us and it worked well.”

He said he’s eager to see data from the rest of the year to see if people use the law more or less, but overall he feels confident that so far the rollout is going smoothly.

“The system works,” Spurlock said. “Nobody can just come off the street and make an accusation and then the order is issued.”