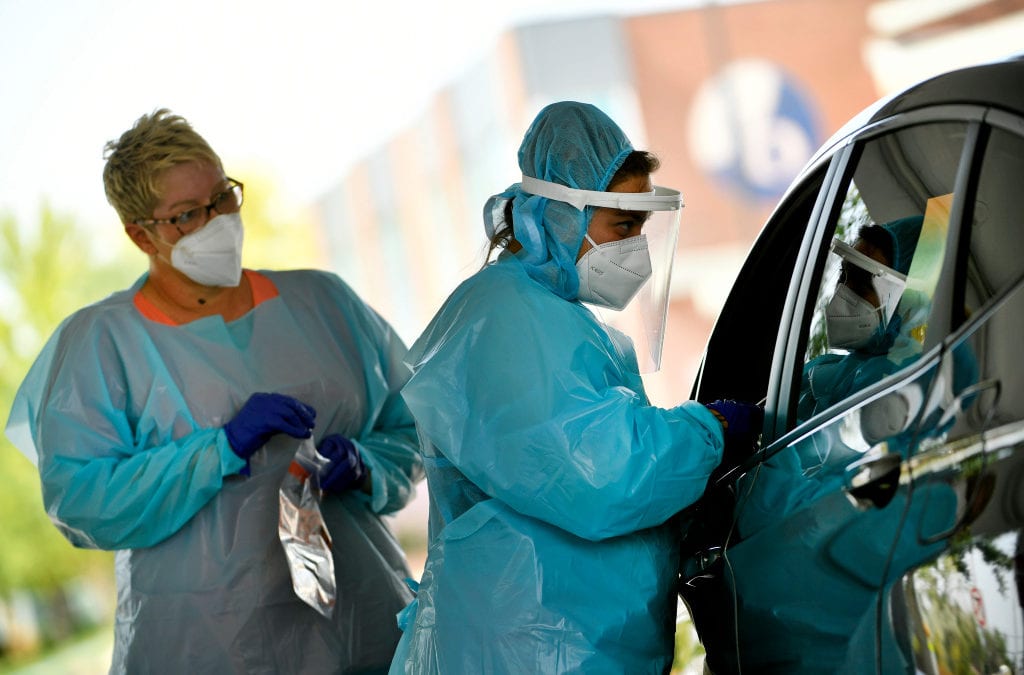 New COVID-19 cases fell for a third week in Colorado, but state officials urged caution ahead of a holiday weekend and the start of the school year.

Colorado confirmed 2,069 new cases of the novel coronavirus last week. New cases have fallen nearly by half since late July, but still are above the low point hit in mid-June.

That the number of new cases and the percentage of tests coming back positive both are falling is a good sign, the Colorado Department of Public Health and Environment said in a statement. An average of 2.2% of coronavirus tests were positive over the last three days, which was the lowest level since the state began tracking this spring.

But it’s still important that people continue taking precautions to prevent another resurgence, the statement said.

Denver Mayor Michael Hancock also sounded a note of cautious optimism. The city had roughly half as many new cases last week as it did at the end of July, and the rate of positive tests also was down. But that progress depends on people continuing to socially distance, wash their hands and wear masks, he said.

“This is not the time to ease up. We’re not out of the woods just yet,” he said.

Coronavirus hospitalizations continued to decline gradually statewide, as they have since peaking at 275 in late July. As of Monday afternoon, 163 people were in hospitals because of COVID-19. A total of 6,739 people with the virus have been hospitalized since March.

Overall, the indicators are “encouraging,” said Beth Carlton, an associate professor of environmental and occupational health at the Colorado School of Public Health. The concern is that people will relax their precautions over Labor Day weekend, just as schools and universities are bringing their students back, she said. Experts still don’t know what caused an increase in cases and hospitalizations in July, but one theory is that the virus spread at Independence Day celebrations.

“The big concern is that we not repeat that over Labor Day weekend,” she said.

If people want to celebrate the end of summer, the safest way to do that is to meet outdoors, with a small group of people and roughly six feet of distance between households, Carlton said. If it’s not possible to keep that much distance, wear a mask, she said.

“This is not the time to invite 50 people into your backyard,” especially if you expect they’ll want to come inside at some point, she said.

As of Monday, Colorado had recorded a total 53,370 cases of COVID-19. The state reports 1,778 people have died from the virus, and 118 had contracted the virus but died of some other cause.

Five deaths from the new coronavirus were confirmed last week, though delayed reporting means the state won’t have a full count for another week or two. The weekly number of deaths fluctuated between 29 and 33 over the previous five weeks.