Colorado’s major snowstorm only made a dent in the drought. These maps and graphs explain what’s going on. 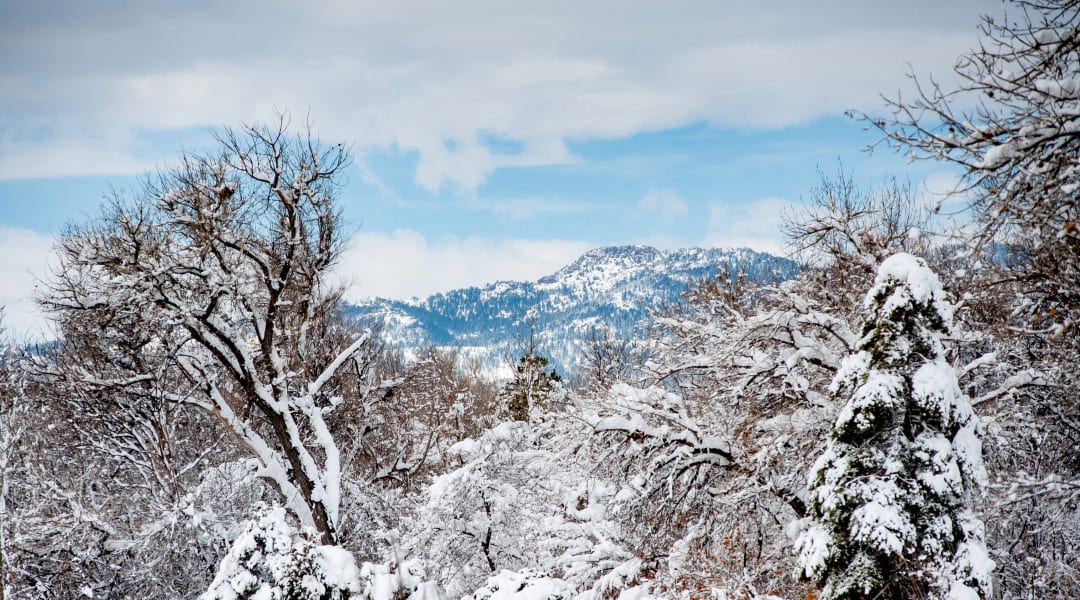 Despite what multiple feet of snow on the ground might suggest to many Coloradans, the state’s long-term drought remains persistent. And water forecasters are worried that even if the state receives decent spring moisture, Colorado and the greater American Southwest will need lots more to emerge from this drought.

The record-breaking storms that buried Front Range and Eastern Plains gave a rare glimmer of hope in a drier-than-normal winter. But resolving a drought takes more than one big snowfall.

Compared to last week, there have been some improvements.

Denver received the fourth-largest snowfall on record from March 12 to 14, and the Front Range is still largely blanketed in slowly melting drifts. The highly anticipated storm significantly improved conditions east of the Continental Divide, according to the latest drought monitor report.

Brad Pugh, a meteorologist with the Climate Prediction Center and author of this week’s report, called last weekend’s snow an “ideal storm” for the area. The snow had a high water content, which means that lots of liquid water is released as it melts. Soils have started to thaw as well, especially on the northeastern plains, so that melted water is able to sink in and recharge the woefully dry ground. Resaturating soils is a necessary prerequisite before water can run off into streams and rivers.

Yet the driest parts of the state, which are mostly on the Western Slope, received scant precipitation from the storm and are still suffering under the worst category of “exceptional” drought. Storms there have had low water content and have been less frequent, and since the drought there has been so severe for so long, Pugh said it’s unlikely conditions will improve anytime soon.

Conditions were better one year ago, but still weren’t great.

But an earlier-than-normal runoff threw typical patterns out the window. By May 2020, worsening degrees of drought began to creep back in, especially in the south and west of the state. Summer monsoons failed to materialize, and a wildfire-laden autumn with little precipitation led to 2021 starting with the worst drought conditions since 2002.

This week’s report looks significantly better than at the beginning of the year, yet most of the improvements have not touched the driest areas on the Western Slope.

Snow metrics have improved in some river basins, but not enough.

Snow telemetry (SNOTEL) data from automated measuring sites report the depth as well as quality of snow. The sites are grouped by river basin to analyze potential runoff that could flow through these waterways during the spring and summer.

Last weekend’s snowstorm led to significant improvements in the Arkansas and South Platte river basins, which start in the mountains west of Denver and flow east across the plains. Karl Wetlaufer, a hydrologist with the National Resource Conservation Service, said that before the storm, more than half of the SNOTEL sites were marking their worst or second worst records of precipitation. Some of those have improved significantly since the storm.

The snow-water equivalent is lower than normal statewide.

The snow-water equivalent — that is, how much liquid water is held in snow — for Colorado as a whole is lagging behind the median for this time of year. The metric usually peaks in mid-April. From the start of the water year on Oct. 1 through Thursday, current measurements are roughly 92% of the median.

Since this drought has lasted so long, it will also take a significant, sustained period of high quality snow and rain to recover, which is not common in Colorado. A couple of record-breaking storms could do the trick, but those are less likely still. Even if spring storms roll through bountifully, Wetlaufer said stream flows will likely be significantly lower than expected, which affects wildlife, plant health, agriculture and more.

The forecast isn’t good west of the Mississippi.

Colorado is not the only parched state; much of the western U.S., and especially the southwest, is experiencing drought to varying degrees, according to the National Oceanic and Atmospheric Administration. Climate scientists call this a “megadrought,” which has lasted since 1999. The last time a drought of this classification occurred was likely in the 1500s.

If summer monsoons come through, conditions could improve in Colorado, said Pugh, the meteorologist. But NOAA predicts that La Nina, the large-scale weather phenomenon that often brings warm and dry weather, will continue or neutralize in the next few months.