Colorado’s leaf-peeping season is just around the corner. Here’s when fall colors are expected to arrive. 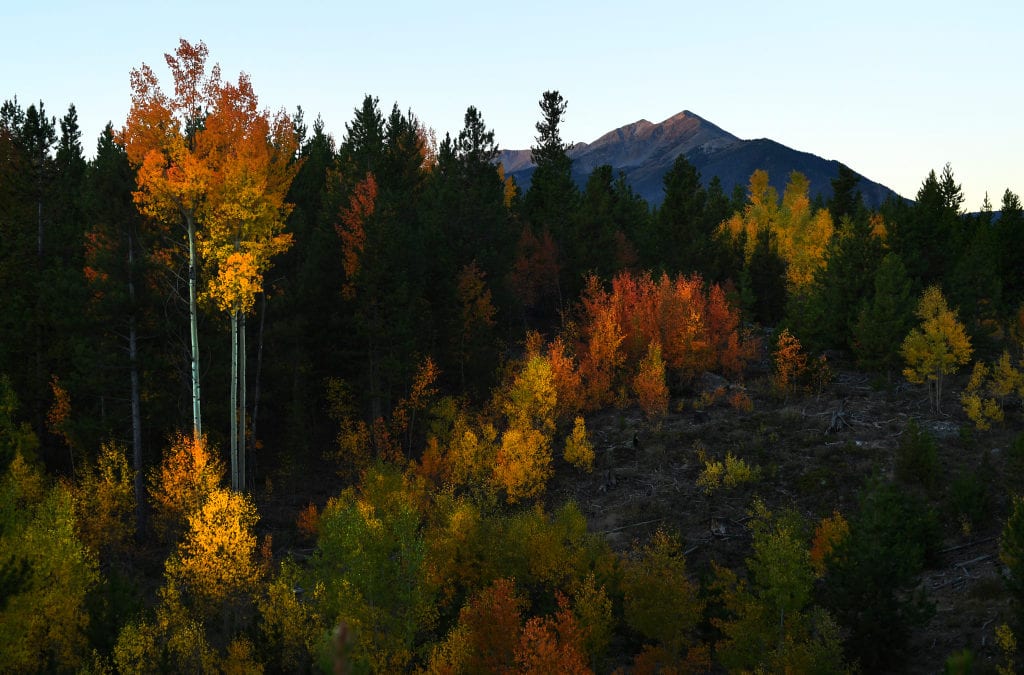 While the Great Leaf Peep of 2020 hasn’t popped yet, there are scattered hints in the northern mountains that it’s not that far away.

The autumnal explosion of yellows, oranges and reds that rolls across Colorado forests in waves from north to south every September and October is still a couple of weeks from onset, but folks have noticed “some color change” near Steamboat Springs. That’s according to Nicole Cookson, a visitor information staffer at the U.S. Forest Service’s office there.

Don’t pack up the car just yet, though.

“It seems to be at high elevations,” Cookson said, “a branch here and there.”

Anything you may have heard to the contrary is just “fool’s gold,” said Dan West, the state forest entomologist for the Colorado State Forest Service, adding that he’s heard the same thing about isolated color change in the Steamboat area.

West said we can expect the northern mountains to go through the change from Sept. 16 to Sept. 28. He expects the central mountains to undergo their transformation the last week of September through around Oct. 4, with the southern mountains getting their turn the first two weeks of October.

West believes the drought that has gripped the state this summer should have little impact on the color show in the northern and central mountains, although aspen stands in the southwest corner of the state where the drought has been severe and extreme have been “stressed,” which could affect the color change there.

West said forests elsewhere had adequate snowpack to recharge their root systems with moisture before the dry spell came this summer.

“Most of our aspen stands and forests in Colorado in general were looking good, going into the spring,” West said. “Many of the stands looked as though they had a decent amount of growth on them, and I wouldn’t consider them to be stunted from the summer drought that we’ve experienced. They appeared to have had adequate precipitation for growing conditions, which sets those stands up to look beautiful.”

Where the drought has been severe or extreme — including forests around Durango, Telluride, Cortez and Wolf Creek — the change of color may come earlier than usual, West said.

The process behind the color change begins as autumn approaches and days grow shorter. Trees that change colors stop making chlorophyll, the substance responsible for photosynthesis, which has green pigment. They put down an “abscission layer,” West said, which is a barrier between the leaf and the stem where it attaches to the branch. When that happens, the remaining chlorophyll in the leaves burns off, revealing yellows and oranges that were there all along but remained hidden because of the dominant green pigment.

While the triggering event (shortening days) remains fixed from year to year, other conditions that are highly variable determine the length and quality of the color change. Cool weather is good, but cold is not. We also don’t want heavy rains.

“We need beautiful, blue-sky days that burn off the chlorophyll,” West said. “Frost events make brown spots in the leaves. In turn, the tree walls off those leaves — or puts down the abscission layer — much sooner. Any wind storms that can roll through, that’s going to blow leaves off. Any type of heavy precipitation that occurs after the tree has started to put down these abscission layers, it will knock those leaves off, and it ends our beautiful view.”

Colorado has a 40% to 50% chance of above-average temperatures in September, according to the National Weather Service’s Climate Prediction Center, with a 40% chance of below-normal precipitation.