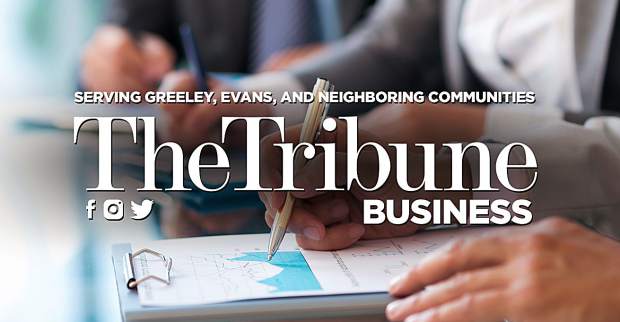 The Maven Hotel at Dairy Block in Denver informed the state on Friday that it had brought back 84 previously furloughed employees in late April with the help of a loan received under the Paycheck Protection Program.

It also said it would temporarily dismiss at least 52 workers on June 16, even with that assistance, which is designed to cover about two months’ worth of payroll expenses.

Likewise, the Embassy Suites Boulder, a sister property to the Maven, said it had reinstated 95 previously furloughed workers, but that it would lay off at least 61 workers on June 13.

“All affected employees have been notified of their layoff dates and some layoffs will be temporary and some will be permanent,” Jill Strauss, regional director of human resources at Sage Hospitality Group, wrote in a Worker Adjustment and Retraining Notification Act letter filed with the Colorado Department of Labor.

The letters highlight the back and forth that can be expected in the weeks and months ahead in a labor market that had shed a decade’s worth of job gains in just two months.

Some employers will call a portion of their workers back, while permanently cutting ties with others. Hard-hit areas like retail and hospitality may partially staff up again, while other sectors, like government and business services, may see accelerating layoffs. And a large and still undetermined number of jobs will simply go away, shifting what was a tight labor market in favor of employers and putting downward pressure on wages.

“Without a change in policy, the story of June and July will not be a sharp recovery, but businesses left in the lurch,” predicted Ernie Tedeschi, a policy economist and head of fiscal analysis at Evercore ISI, during a webinar Monday hosted by the National Association for Business Economics.

The PPP loans are designed to cover only two to three months of payroll, meaning borrowers might soon dismiss the workers they rehired if the revenues aren’t there to support them this summer. And that is big if when it comes to businesses in hospitality, tourism and retail.

About 84% of more than 900 hoteliers surveyed by the American Hotel & Lodging Association last week said they had let workers go because of reduced bookings, and only a third have managed to hire back some of those workers.

About two-thirds of hotels are operating with less than half the staff they had before the crisis, and when asked when staffing might return to pre-crisis levels, nearly four-in-10 respondents don’t see that happening until 2021 or later.

Likewise, retailers are under extreme stress. Store closures and bankruptcies that might have taken place over the next five years will likely be compressed into a five-month window, casting retail workers onto the street in large numbers with few replacement jobs available, Julia Pollak, a labor economist with ZipRecruiter, said during the webinar.

ZipRecruiter has seen job postings on its site fall by nearly half from mid-February levels, Pollack said. And while much attention has been paid to the 36.5 million workers who have filed for unemployment benefits the past two months, Pollack said one survey found that only 27% of U.S. workers have not faced a loss of employment, loss of pay or reduction in hours.

“Almost no industries have been able to add jobs during the crisis,” she said.

But there are a few exceptions. Software developers, nurse staffing firms and distribution and warehouse companies are aggressively on the hunt for help as more states start to reopen. And one company stands out, Amazon, with 197,000 job postings in recent weeks. It alone accounts for 6% of recent job postings made in the U.S.

Tedeschi said his concern is that local and state governments, who have had a big hole blown through their budgets because of reduced tax revenues, will lead a new wave of layoffs this summer if they aren’t thrown a lifeline.

Normally public sector layoffs come at the tail-end of a recession, months in, helping prolong it. But they are already starting to appear.

“Massive layoffs will come unless they receive assistance,” Pollack concurred.

The Paycheck Protection Program, plagued with questionable loans, may or may not get renewed. An extension of the enhanced federal unemployment benefits of $600 a week isn’t a slam dunk either. It has proven a huge help for many, paying out more to many workers than what they made in regular pay.

Those extra federal unemployment benefits are set to expire at the end of July, and some critics argue they reduce the incentive to work and shouldn’t be renewed. Tedeschi said not extending them in some form could delay the recovery.

“I worry more about the opposite risk, that we will withdraw these benefits prematurely,” Tedeschi said. “Workers in states that are in a bad way should continue to receive added benefits.”

The post Colorado’s job recovery will be full of fits and starts in months ahead appeared first on Greeley Tribune.