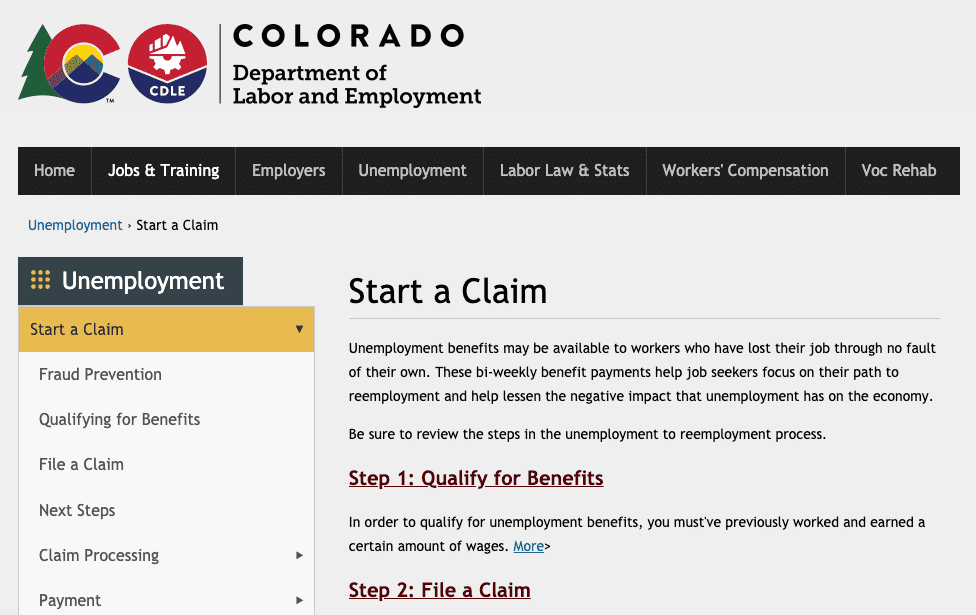 The Colorado Department of Labor and Employment on Monday will begin accepting applications for the new pandemic unemployment assistance program that extends benefits to a range of previously uncovered workers and people affected by the COVID-19 outbreak.

It will also begin paying out the $600 per week in expanded benefits to unemployed people. Both programs were funded through the CARES Act.

The update — which has been eagerly awaited by self-employed people, independent contractors and people who depended on gig work for their income — will make Colorado among the first states to start paying benefits created by the massive federal stimulus bill, state officials said Friday.

After creating an entirely new claims system independent from the state’s aging system that processes applications for workers traditionally covered by unemployment insurance, the labor department is hopeful it will be able to handle the needs of the expanded worker groups.

It not clear how many people will apply. More than 231,000 Coloradans have applied for unemployment support in the past four weeks as the new coronavirus causes unprecedented damage to the world economy.

“We don’t know what the volume will look like into our new system because not only do we not know how many gig workers are out there, we don’t know how many of them will apply for unemployment,” Joe Barela, the state labor department’s executive director, said in a news release Friday. “But we have expanded tools and on Monday will have systems in place to begin taking these applications and provide other resources.”

Pandemic unemployment payments can be backdated to Feb. 2, according to Jeff Fitzgerald, the state’s unemployment insurance director. Once people apply, Fitzgerald expects processing to take about 24 hours, at which point those approved for benefits will be able to request payments for prior weeks. Within a few business days, people should have access to money either through direct deposit into their bank accounts or via a state-issued debit card. Direct deposit is the fastest way to access the money, Fitzgerald said.

People can receive pandemic unemployment support for up to 39 weeks, 13 weeks longer than the state’s system typically allows.

The $600-per-week additional payments set up through the CARES Act can be paid retroactively to dating back to March 27 and are funded through July 25. Coloradans who have already been approved for state claims will not have to take any extra steps to get the $600 payments when they start next week.

People that qualify for pandemic unemployment assistance, according to the state’s website include:

The state is holding a virtual town hall covering the expanded benefits and other issues around unemployment insurance at 9:30 a.m. Monday. Expected topics including distribution of personal identification numbers needed to request payments. To register for that event visit colorado.gov/cdle/unemployment.