Colorado’s coronavirus cases are back under control, but could Labor Day and school reopenings cause a new spike? 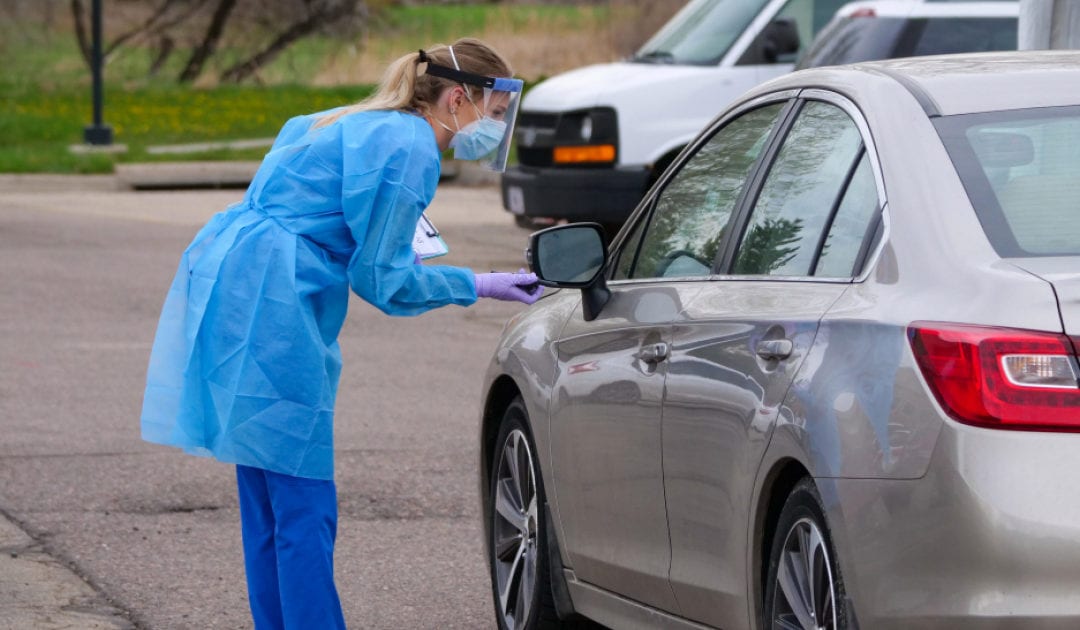 Colorado coronavirus cases have tapered off again after a worrying leap in July, so much so that the state’s top epidemiologist on Wednesday expressed a rare bit of cheer amid what has otherwise been six months of cautious watchfulness.

Social distancing is at 75%, mask-wearing is widely accepted, the viral reproduction number is below 1 — meaning the state’s epidemic is currently contracting, not expanding — and the percentage of tests coming back positive is below 3% even as the state passed the 1 million test mark a few days ago.

Last week saw the fewest number of new cases of COVID-19 reported in Colorado since the end of June, though the rate of how fast case counts are falling has started to level out. There were still more than 2,000 new cases and 11 deaths reported last week. Coronavirus has now killed more than 1,850 people in the state.

“Really since about mid-July, we’ve been at a good place,” Herlihy said.

But this optimism wasn’t exactly the reason Herlihy and other public health experts held a virtual news conference on Wednesday. Instead, the reason for the news conference was to warn how quickly another spike in cases could erupt if Coloradans throw caution to the wind this coming Labor Day weekend.

Remember the scary ski jump graphic from a few weeks ago? This was the chart that showed COVID-19 hospitalizations in Colorado, after a long decline following the initial surge in late-winter, had started to tick back up and appeared poised to launch into the stratosphere.

Well, it turns out that jump was more of a mogul. After dire warnings in mid-July, Herlihy said social distancing increased again in the state, leading to a drop in cases.

This is both reason for optimism and reason for dread. While it shows that Colorado now has the ability to get case surges quickly under control, it also shows that spikes can follow even minor let-ups.

Herlihy and another health expert, Dr. Jonathan Samet, the dean of the Colorado School of Public Health, said the spike in July now appears likely to have been the result of people celebrating Fourth of July and easing up on social distancing restrictions. If that happens again over Labor Day weekend, the state should expect to see another surge of illness, hospitalizations and, perhaps, deaths.

“It is an important reminder to us for the potential to see increased transmission in the state if we don’t continue to adhere to social distancing practices, mask-wearing and all those other strategies we’ve learned over the last couple of months to really try to control transmission of this virus,” Herlihy said.

A Labor Day spike wouldn’t be a huge bump — more like another mogul, according to the most recent projections.

It also would likely be slightly smaller than what the state saw in July, Samet said, in part because viral transmission now is a little bit lower than what it was when that spike hit.

But it would come at a critical time. Flu season, which could also clog emergency rooms and take up hospital beds needed for sick COVID-19 patients, is expected to arrive in a few weeks. Cooler weather will push people indoors, where the risk of viral transmission is higher. And schools will continue reopening to in-person learning.

Likely no school spike, but…

Samet and the team of researchers he oversees from the School of Public Health and other universities who produce these modeling projections for the state don’t foresee a spike related to school reopenings. In his estimates, it would take a large drop in social distancing related to schools in order for a new surge to swell statewide.

Even if schools cause a 20% decrease in social distancing among people under 19, cases of COVID-19 would mostly remain flat. It would take a 30% drop to see a big spike, according to the model’s projections.

“If we go to a more extreme value, and we don’t know that this will happen by any means, we do see the epidemic curve would rise,” Samet said. “Since these are projections and we’re watching closely, if we began to see an uptick saying, ‘Oops, we might be heading upwards on the wrong line,’ then this is clearly where the policy levers have to be considered.”

Pairing the impact of school reopenings with any spike from Labor Day parties, though, would cause cases and hospitalizations to rise faster, especially if school reopening caused social distancing to fall lower than expected, Samet said.

“What you can see is that Labor Day peak would hopefully come and go. It would be added on to whatever else might happen in September,” Samet said.

“I would say this represents an extreme value,” he added, referencing the combination of a Labor Day spike with a deep drop in social distancing related to schools. “But again these projections are useful to be able to anticipate and to be able to consider what could happen and to be able to avoid seeing this kind of scenario play out.”

Because of the lag between when viral transmission occurs and when cases are identified, Herlihy said the next couple of weeks will help health officials understand whether reopening schools has led to higher case counts. The state will be able to see if there was a Labor Day spike starting in mid-September.

“We really need Coloradans to continue to wear masks at high levels, to avoid large gatherings this holiday weekend and to ensure that they’re practicing social distancing and physical distancing between individuals at some of these events they might attend this weekend,” Herlihy said.