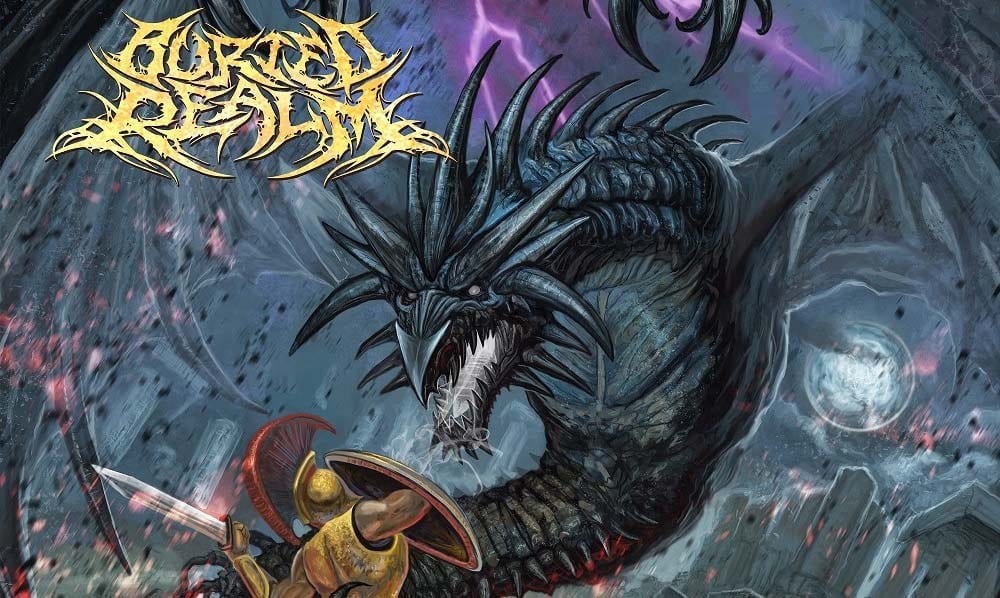 Buried Realm is a solo studio project, hatched from the mind of Josh Dummer. It is the second album he has put out under that moniker and once again he has written an epic, creative record filled not only with his own talent but also with that of a smorgasbord of special guests from around the world. Dummer comments on the album:

“After nearly three years of creating ‘Embodiment of the Divine,’ I am very pleased to present and share this album with everyone. I’m honored to be joined by a number of guests that have influenced my writing and playing over the years. Their contributions have truly helped bring the album to another level. ‘Embodiment of the Divine’ features guest performances from Andy Gillion, Benjamin Ellis, Bob Katsionis, Dean Arnold, Lee McKinney, Peter Wichers, Rafael Trujillo, and Ryan Strain.”

The first single from the album is the title track featuring a guest performance by guitarist Benjamin Ellis (Scar Symmetry, Omega), and guitarist Peter Wichers (ex-Soilwork). It was the first song written for the album and even after the rest of the album took shape, “Embodiment of the Divine” still encompassed the overall message and sound of the album.

Citing that the new album is similar, but with better production than the first, Dummer is eager for fans to hear his next effort.

“The listeners can expect to hear a whole lot of riffs, solos, and melody. The album has its traditional arrangements at times but is also built on technical and chaotic grounds. I think the overall atmosphere of this album is darker compared to the previous one.”

Buried Realm is progressive melodic death metal. “Embodiment of the Divine” is out on July 24, 2020.

A true visionary is a rare thing, but such a man is Josh Dummer exemplified in his solo studio project Buried Realm. Influenced by personal experience and executed through metaphors, the progressive and heavy metal leaves room for interpretation and paints an interesting picture for listeners.

Inspired by Opeth, Kreator, Old Man’s Child, Symphony X (and tons of old Hair Metal!), Dummer is a man who is not afraid to gaze into the abyss for music and lyrical inspiration. He describes Buried Realm’s music as ‘fierce, cutting, technical, melodic, and memorable.’ The studio project represents a hidden dimension within himself where the ‘buried disputes’ of his life are confronted only through music; where he can express musical ideas without compromising.

The next chapter in Dummer’s journey is 2020’s “Embodiment of the Divine” due out July 24th and while it is parallel to the first, both musically and lyrically, it is a forward step in a sojourn that will be continuing.