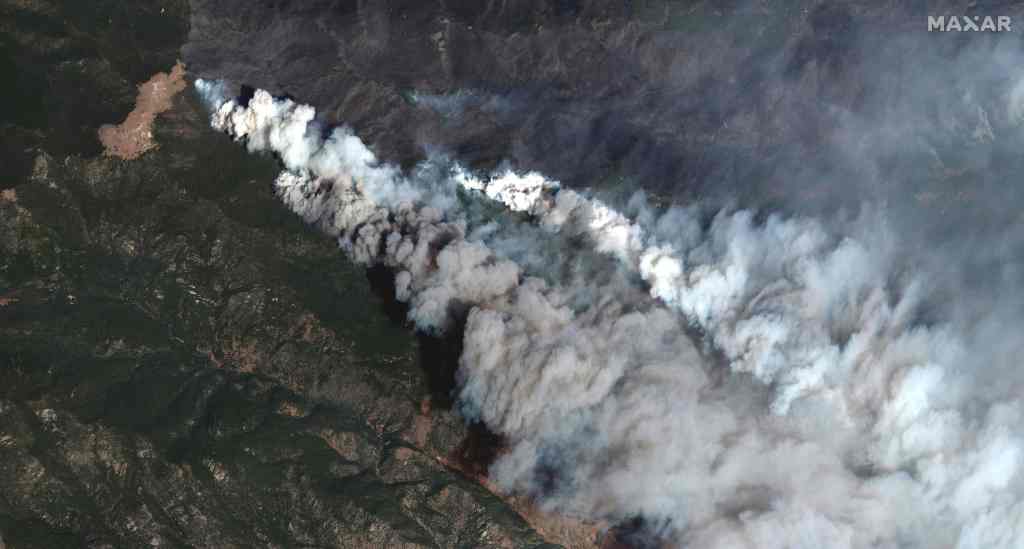 A cold front in northern Colorado, with cloudy skies, cooler weather and the chance for precipitation, is helping firefighters battling some of the wildfires in the state. Thursday’s cold front will impact the Cameron Peak, CalWood and Lefthand Canyon fires, officials said.

Warm, windy and dry conditions will persist over Grand, Summit and Park counties on Thursday, keeping fire danger elevated in those areas, which includes the East Troublesome fire.

Here’s a roundup of the latest information:

The East Troublesome Fire is now almost six times as large as it was around 6 p.m. Wednesday, reaching 125,602 acres and forcing evacuations in and around Grand Lake.

As late as Wednesday night, the fire was estimated to be just over 19,000 acres. It’s now the fourth-largest wildfire in Colorado’s recorded history.

“It was really an amazing amount of fire spread yesterday,” said Noel Livingston, the fire’s incident commander, during a Thursday morning briefing.

On Thursday, Estes Park announced that all roads into town were being closed. Larimer County sheriff’s officials said the western part of Rocky Mountain National Park and much of the west side of the Estes Park area are under evacuation orders.

The entire town of Grand Lake was ordered to evacuate Wednesday, along with all residents north, west and along Highway 34. This includes the area east of Highway 125 from mile post 5 to Highway 40.

It’s possible that East Troublesome fire could connect with the Cameron Peak fire, which is burning more than 200,000 acres through the Roosevelt National Forest, Livingston said. Both fires have burned into Rocky Mountain National Park.

As of early Thursday morning, the fire had not reached the Grand Lake city limits, though it had reached outlying subdivisions, Grand County Sheriff Brett Schroetlin said at a news conference.

Pre-evacuation notices were issued Thursday morning to residents in Granby, Granby Ranch and to areas from Grand Elk to Hot Sulphur Springs and from Grant County Road 55 to Grand County Road 88.

“We don’t know what to expect,” Schroetlin said. “Based on yesterday, we thought we were ahead of the curve. We need to make sure we’re even further ahead of that curve today.”

Numerous structures were destroyed when the fire exploded Wednesday, Schroetlin said, though “the extent of that loss — we have no idea.”

There have been no reported injuries or deaths, the sheriff said, adding that some residents disregarded mandatory evacuation orders Wednesday.

“Many times when I choose to speak with you, I have a message,” Schroetlin said in a Facebook video. “Tonight I’m not even sure what those words are.”

And there’s no letup on Thursday. Crews are expecting another prime day for fire growth, Livingston said, as high winds move into the area before an upcoming cold front.

Firefighters overnight Wednesday were successful in holding the fire to minimal growth despite high winds along ridgetops, according to a fire command update on InciWeb.

A cold front in the area should help firefighters and another cold front, a stronger one, is expected on Sunday. The weather, however, won’t put an immediate end to the fires.

“It is not going to put out these fires, unfortunately,” said Josh Shroyer, an operations supervisor, at a Wednesday evening fire update.

Firefighters battling the CalWood fire continue working along the Colorado 7 corridor and in other areas.

The Cameron Peak fire grew slightly overnight from 206,667 acres Wednesday evening to 206,977 acres, about 323 square miles, on Thursday morning, according to fire officials. The fire, the largest in Colorado history, is 55% contained.

Cloudy and cooler weather on Thursday morning is helping firefighters battling the blaze.

“So far it is treating us pretty good,” said Michelle Kelly, a public information officer, about Thursday’s weather.

The weather forecast for the area of the fire, burning in the mountains and foothills of Larimer County, calls for a high temperature of about 40 at noon on Thursday, before the temperature drops to 25 degrees this afternoon as a cold front pushes in to northern Colorado, according to the National Weather Service. Winds could gust up to 20 mph.

On Thursday night snow and freezing drizzle is possible, with a low temperature of 13 degrees and a 70% chance of precipitation. Snow accumulation will be less than an inch, according to the forecast.

About 1400 firefighters, with nearly 100 engines, and 14 helicopters have been fighting the fire along with additional air support.

Firefighters continue to concentrate on the southeast side of the fire, battling to the keep the fire from spreading south and keeping flames away from Glen Haven, Drake and other communities.

The fire started on August 13 about 15 miles southwest of Red Feather Lakes. The cause of the fire remains under investigation.

The Ice fire, in southwestern Colorado, has burned 583 acres, almost one square mile, and it’s 25% contained Thursday morning, according to fire officials.

A Red Flag Warning for critical fire weather conditions is posted for the area from noon Thursday  until 6 p.m., according to the National Weather Service.

Snow is in the forecast for Sunday, but “there’s going to be a lot of wind on the fire before the snow,” said Incident Commander Brad Pietruszka in a Thursday news release.

Dry and breezy conditions are expected into Sunday.