Colorado weather: When, where and how much snow to expect Tuesday 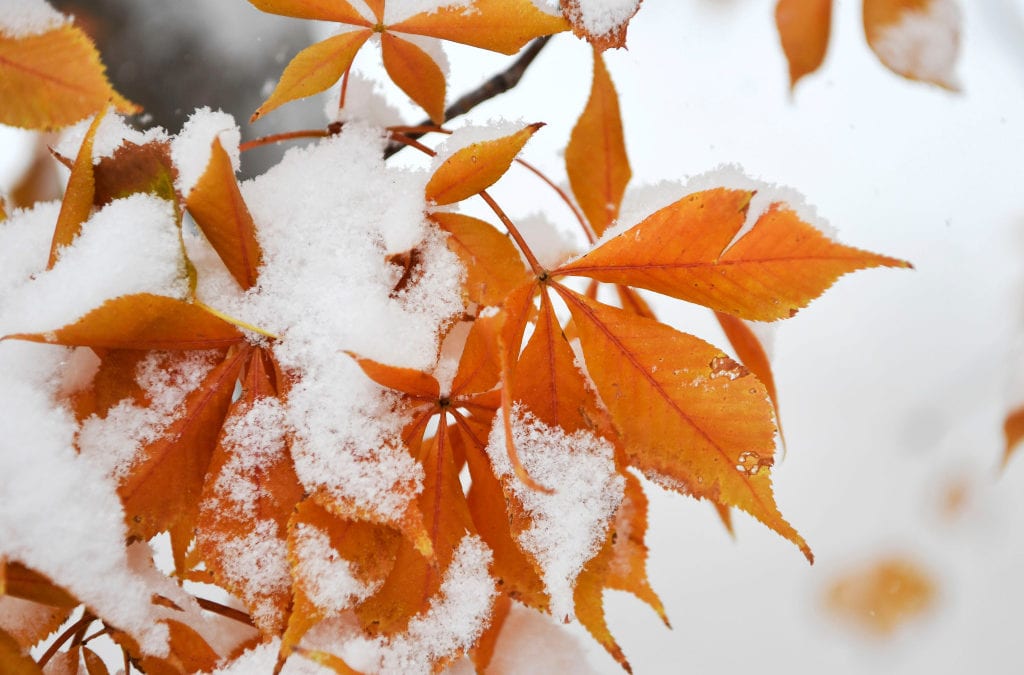 Colorado is being moody, again. Be prepared to see a drastic change in Colorado’s weather overnight Monday into Tuesday.

Labor Day’s high heat will be replaced by possible record-breaking cold temperatures as a cold front moves into Colorado. Winter-like conditions, including snow and below-freezing temperatures, can be expected across much of the state.

Monday’s high of 92 degrees is expected to drop nearly 60 degrees to a low of 33 with winds up to 17 mph. Chance of precipitation tonight is 100%, according to the National Weather Service. Rain is expected to start later tonight and switch to snow overnight, with mostly snow expected after 11 a.m. Tuesday.

Drastic change to WINTER starts tonight! Cold front blasts thru this eve with strong winds. Rain changes to snow over most of plains by Tuesday. Accumulations may result in broken tree limbs & power outages. Prepare now, for this sharp change from summer to winter! #COwx pic.twitter.com/OBpDFmpeIS

Much of the state is under some kind of weather advisory for the next 24 hours, ranging from winter weather warnings in the metro area to extreme fire danger in the mountains and a freeze warning in Morgan County, Southern Lincoln County, Logan County, Washington County, Sedgwick County and Phillips County.

Snow accumulation can be expected in the mountains and foothills while Denver should see slushy, wet snowfall by Tuesday morning, according to the National Weather Service in Boulder.

Here are the possible snow totals the National Weather Service is expecting from this storm:

This snowstorm, while uncommonly early, is not Denver’s earliest recorded snowfall. The earliest flakes on record in Denver fell on another Labor Day weekend in 1961. The Sept. 3 storm brought a whopping 4.2 inches of snow to the Denver area nearly six decades ago. This storm will tie the second-earliest snow on record: 0.7 inches recorded on Sept. 8, 1962.

Early-season snowfalls can be extra damaging so residents should be prepared for power outages. Wet, heavy snow can cause trees limbs to break, impacting power lines.

But don’t put your flip flops and tank tops away just yet, Coloradans. Temperatures are expected to be back up in the 80s by Sunday.