Colorado students may shuffle school districts during coronavirus, leaving a financial mess in their wake 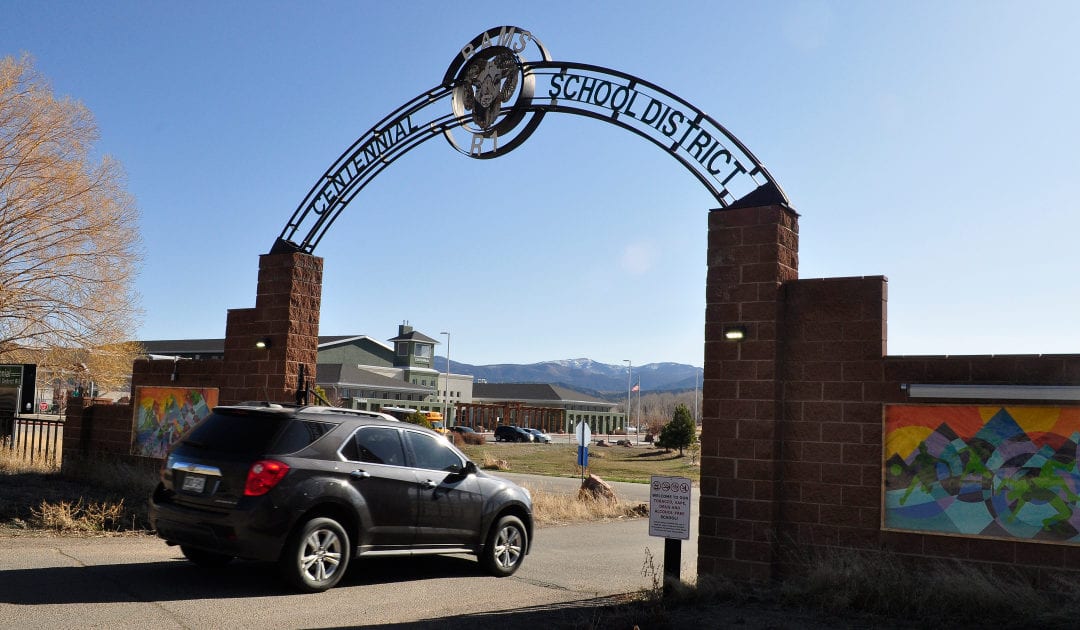 When Centennial School District R-1 resumes classes on Wednesday, the student population will have plummeted from where it was a year ago.

The number of children enrolled in the San Luis Valley district was 122 as of Monday, down from 191 at the start of the last academic year.

The 36% decrease is preliminary, Superintendent Toby Melster said, but if the number of students holds steady at this year’s October count date, the Southern Colorado district could stand to lose half a million dollars in state funding. It’d be a heavy hit for a small school system that needs those dollars for “anything and everything,” Melster said, including curriculum, upkeep of the school building, staff compensation and electricity.

The district doesn’t know why its student enrollment numbers have tumbled, but a big force could be at play: the coronavirus pandemic. With it comes the prospect of families pursuing homeschooling, opting to enroll in an online school or heading to another district through outside enrollment.

The stakes are high for Centennial. If its enrollment doesn’t grow, Melster doesn’t know how he will make up the hundreds of thousands of dollars in lost state funding. “The only way I get that per-pupil funding is if I have that body in the building,” he said on Monday.

Gov. Jared Polis, education advocates and some state lawmakers anticipate a spike in families using Colorado’s open-enrollment process, which allows them to join any school district in the state. If Polis’ prediction comes true with more parents moving their children into other districts — either for better remote learning opportunities or seeking a different approach to education amid the pandemic — Colorado’s process for funding schools could be thrown into disarray.

Geography has typically limited students from living in one part of the state and enrolling in a school district in another. A commute from, say, to Aspen from Thornton would be unrealistic.

But remote learning has eliminated that barrier.

All the shuffling could potentially cause districts further financial distress at a time when they’re already facing rising costs because of the coronavirus and bracing for funding cuts because of the economic effects of the pandemic.

Districts receive funding based on the number of students enrolled in their schools. If a student opts to choice out of a district, that means less money is available to the school system they left.

Enrollment declines can be extremely hard to manage, said Tracie Rainey, executive director of the Colorado School Finance Project. When a district loses students, those students are often spread out across grades and classes. So a district can’t necessarily try to make up for the resulting funding dip by simply slashing a teacher or principal. Cutting costs isn’t a clean process in that scenario.

While open enrollment could have outsized financial consequences for some districts, it won’t put nearly the same degree of pressure on Colorado’s entire education funding system, Rainey said.

The option for students to take classes in a district other than their own has been available to Colorado families since the 1994-95 school year, according to the Colorado Department of Education. Even before the coronavirus affected school schedules, it proved to be pretty popular among parents and their students.

Parents have sought schools outside their district for all kinds of reasons, including a desire for their child to attend a specific school that offers an academic specialty or focus that isn’t available at their traditional school in the same way. Even sports has been a factor in families’ decision making about where their children should be enrolled in school during the pandemic.

Van Schoales, president of A+ Colorado, also believes that the appetite for open enrollment will grow among families this coming school year.

If families weren’t happy with how students’ education unfolded last semester and they don’t see evidence that it’s going to be dramatically different this next school year, they’ll look for alternatives, Schoales said.

Schoales is a proponent of open enrollment. “I think everybody should have a right to send their kid to the school that best works for them,” he said.

But it’s not always a straightforward process to open up a district to students from the outside, particularly since districts have a set number of desks and fixed infrastructure costs.

Rainey sees a lot of challenges with enrollment ahead, some beyond the scope of open enrollment. Districts typically estimate their fall enrollment during the spring, which this year coincided with the outbreak of the coronavirus.

They’re also potentially facing greater numbers of families with higher levels of need — including more families experiencing unemployment, more multigenerational families living together and larger numbers of students who, based on federal guidelines, are in poverty. Those situations drive where students are geographically and affect funding and the kinds of services districts need to be providing for those students, Rainey said.

A district’s enrollment number will be a “moving target” for the first two to three weeks of classes, Rainey said, with a lot of students’ intentions needing to be cleared up.

For instance, a student’s family may not inform their home district that they’re leaving. So two districts might be holding a spot for one student and until that student literally shows up to school — remotely or in person — each district won’t know if they can count on them or not.

The number could continue to change should a district experience a coronavirus outbreak and handle it in a way that upsets a family.

“I think it’s going to be very unsettled for a period of time until there’s some stability,” Rainey said, “and I’m not sure when that stability arises.”

Melster is currently living in that state of flux as his district continues to reach out to more than 30 families who have not pre-registered for fall classes. His district, which previously planned on a hybrid model for the start of classes but is now pursuing a remote approach, anticipates that families will also enroll up through the third week of school. Some families are still logging online to register for this school year, and the students of other families who have not pre-registered will likely show up for classes anyway.

Until the annual October count day occurs — when the state tallies the number of students in schools — the district’s enrollment figure will fluctuate, he said.

Melster holds out hope that his enrollment won’t be as diminished as it appears right now.

Some students from other districts have choiced into the Centennial School District and other students who previously attended classes in another district are returning. Additionally, new families have moved into the district, he said.

State lawmakers, who hold the pursestrings, are watching the situation closely.

“There’s going to be a great competition for districts, (Boards of Cooperative Educational Services), those who are providing service, to be able to claim students during the count-day cycle,” said state Sen. Paul Lundeen, a Monument Republican and fierce proponent of school choice. “Are there districts that all of the sudden will discover they’ve got a lot more students? Or districts that discover all of the sudden they’ve got a lot fewer students?”

He said he’s not sure how it will play out.

“The details of how it’s all going to unfold, that’s a little bit complicated right now,” he said.

Sen. Rachel Zenzinger, an Arvada Democrat and former teacher who often works on education issues, believes there won’t be a lot of movement between districts by families. Students and their families, she said, are tied to their school communities.

“If students leave then, yes, it would have an impact on funding. But I bet you, especially in the metro area, that people will stay in the same district,” she said. “They just may choose to go to a different school.”