Colorado Strong pale ale will be brewed by 125 Colorado breweries 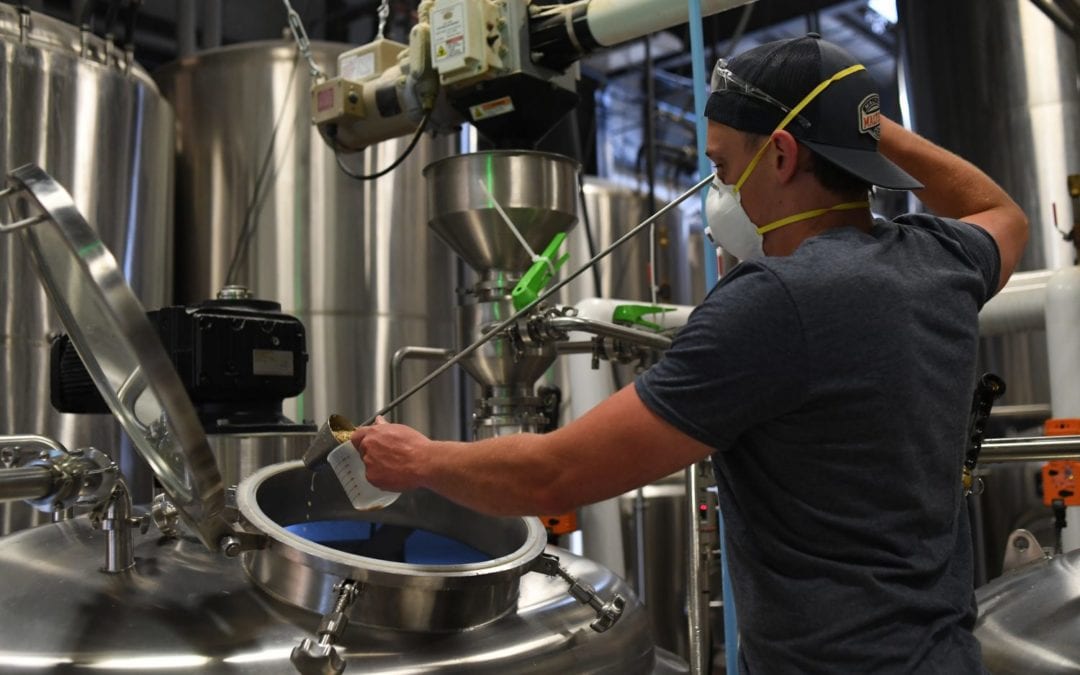 It’s not every day that 125 Colorado breweries decide to brew the same beer at the same time, but we are living in unprecedented times, after all.

Across Colorado, brewers are making a batch of Colorado Strong pale ale in an effort to raise money for people affected by the coronavirus pandemic.

The benefit beer, an initiative organized by the Colorado Brewers Guild and the Left Hand Brewing Foundation, also will help support small businesses across the state, including those that grow and process ingredients used in beer.

“The beer industry is hurting right now,” said Eric Kean, executive director of the Left Hand Brewing Foundation. “And the smaller the brewery, the harder it is. Anything people can do to support the industry is going to support their neighborhood, the people they see every day. The folks working at craft breweries are part of the fabric of Colorado. It’s such a part of our culture, it’s such a part of how we express ourselves. They’re our neighbors, our friends. They’re family.”

The participating breweries are starting with the same recipe, which uses all Colorado ingredients, though some are putting their own unique spin on the beer.

This gives beer-drinkers all the more reason to (safely) visit multiple breweries or pick up extra beer at the liquor store and try the different variations of Colorado Strong.

“When the beer comes out everywhere, everybody’s is going to be a tiny bit different,” said Kean. “If you’re into beer, this is an awesome opportunity. It’s a really cool way to experience what makes breweries unique.”

The Left Hand Brewing Foundation purchased the ingredients from local suppliers, including Root Shoot Malting and Colorado Hop Company, which helped give those small businesses a much-needed boost.

Breweries, which got the ingredients free of charge, will contribute 20 percent of sales of Colorado Strong to a fund for health care, hospitality, service industry and gig economy workers across the state. They get to keep the remainder of the sale proceeds and notch a tax deduction for the donation.

“Our mission is to support the community however we can,” said Kean. “We decided, ‘Let’s do a benefit beer, let’s provide the ingredients for free so we can pay some suppliers and help them keep their businesses moving. And let’s support the breweries and get them something they can brew that they don’t have to spend money on.’ ”

The beer’s recipe comes from Mark Boelman, an award-winning home brewer who also serves as director of accounting and administration for Left Hand Brewing Company and treasurer of the brewery’s foundation. It features Cascade hops and Genie Pale malts, which will produce a refreshing summer beer with notes of citrus.

A committee made up of brewery leaders and project supporters will determine how to disburse the funds raised by the benefit beer. They’ll follow the funding categories laid out by the state of Colorado and United Way.

“We’re just now seeing beers start to become available and they’ll be pretty widely available by June,” said Kean. “It’ll be another month before we start seeing cash come back in. The advisory group will be getting together every few weeks and looking at the areas of need in that moment. The world’s changing fast, and when these funds are available, we want them to go where they’re needed.”

For many breweries, a benefit beer was a no-brainer. It’s a familiar concept, since many of them created “Resilience” benefit beers in the wake of wildfires in California and Australia in the last few years.

“It’s been such a crazy time, it’s been really awesome seeing some beacons of civility, just people getting the gears turning so quickly to be able to do something like this,” said Kristin Popcheff, director of operations for WeldWerks Brewing in Greeley and a member of the Colorado Strong fund’s advisory committee.

Plus, breweries in Colorado are big fans of collaborating. Not only is there an entire beer fest dedicated to collaborative beers, but brewers also help each other out on a daily basis. If someone runs out of yeast or their malt delivery is delayed, for example, other breweries are happy to step up and help, said Laird Mulderink, general manager of operations for Red Truck Beer Company.

“Collaboration is the name of the game here,” said Mulderink, who also sits on the advisory committee. “I’m not the one who came up with the phrase, but as a brewing industry, we like to compete with each other not against each other. We’re all in it together. This is what the industry is all about.”

For more information, go to coloradostrongbeer.org.