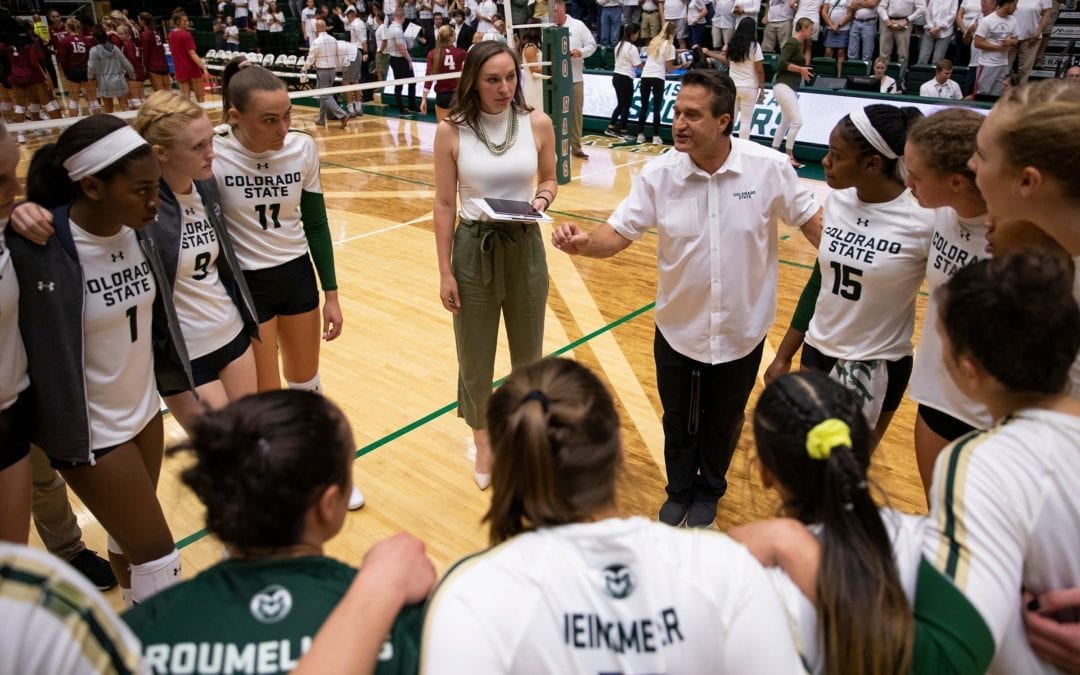 Due to Mountain West Conference budget and health considerations, CSU will play six back-to-backs against league teams as part of the league’s effort to cut down on travel.

That doesn’t mean the Rams, who have made 25 straight NCAA Tournaments, dialed back the challenge in non-conference play.

CSU will open the season with a home match against volleyball power Southern California on Aug. 28, followed by Ole Miss in Moby Arena on Aug. 29.

That’s part of seven non-conference matchups versus Power 5 foes, which also includes a tournament in Waco, Texas, where the Rams will face 2019 Final Four participant and host school Baylor.

“It’s an ambitious schedule. It’s going to be educational for us as a program,” said CSU volleyball coach Tom Hilbert in a news release. “Our players will approach this the right way. We have a good group, a smart group.”

Reading this on your phone? Try the Coloradoan’s Android and iOS apps. You’ll get a premium experience, breaking news alerts and more.

CSU will also travel to Greeley on Sept. 1 to take on local rival Northern Colorado. That local flair continues in consecutive matches against Colorado on Sept. 18-19 with the newly-created Golden Spike trophy on the line.

The Sept. 18 meeting with CU will be in Moby Arena and is this season’s ‘Orange Out’ match.

The Rams are coming off a 29-2 season in 2019 and won their 10th MW title in 11 seasons. But CSU must replace four starters, including a three-time MW Player of the Year Katie Oleksak.

Hilbert said he believes the altered MW schedule will produce some interesting results, as teams will play the majority of their league games in the back-to-back format. The league schedule was also cut from 18 matches to just 16.

CSU will have its four solo meetings in the new model to open league play with road trips to New Mexico and San Diego State followed by home dates against Boise State and Utah State.

Get the latest scores and stories in your inbox: From the latest coverage of late-night games to can’t-miss sports reads, find it all in our NoCo Sports Update newsletter. Sign up today!

After that, the double dips begin. CSU will face Fresno State, UNLV and Air Force at home while San Jose State, Wyoming and Nevada will be the road back-to-backs.

“There were a bunch of different models kicked around. This model can be good,” Hilbert said in the release. “It did save us some money, but there are some things about it I don’t like. I don’t like the fact we play Wyoming at Wyoming twice; I wish they could have split that up. But if you look at the number of home matches everybody gets, you have to do it.

“This really tests your ability to prepare and adjust. You’re going to see a lot of split throughout the entire league. I guarantee it.”

Chris Abshire is the sports and stats content coach at the Coloradoan. Contact him at ChrisAbshire@coloradoan.com. Support his work and that of other Coloradoan journalists by purchasing a digital subscription today.