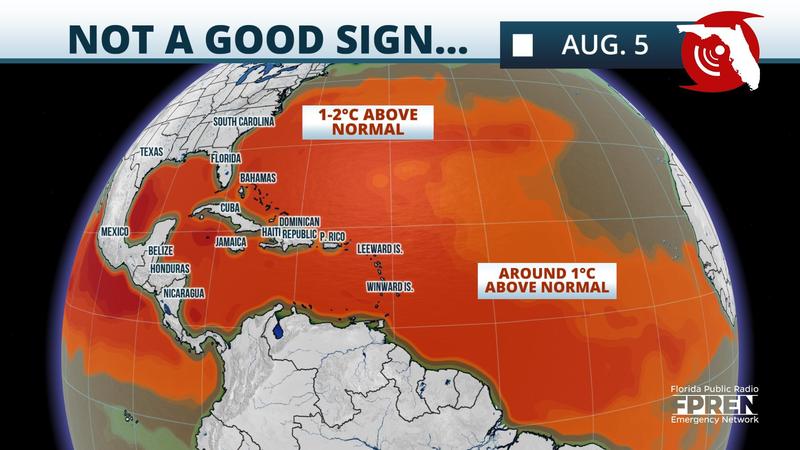 Colorado State University (CSU) released their final Atlantic hurricane season forecast for 2020, raising the number of tropical storms and hurricanes from their previous forecasts and now calling for an “extremely active” hurricane season.

Philip Klotzbach, Research Scientist at CSU, revealed the final forecast Wednesday morning. The new forecast increases the expected number of total named storms even higher than the two previous outlooks. CSU is calling for 24 named storms of which 12 are forecast to reach hurricane strength, and five to achieve major hurricane status. This third, and final forecast already takes into account the nine named storms — 7 tropical storms and 2 hurricanes — that have formed this season.

A normal Atlantic hurricane season typically experiences 12 named storms, 6 hurricanes, and about 2 to 3 major hurricanes, according to the average amount of activity taken from the years 1981 to 2010.

Klotzbach shares a number of reasons as to why CSU increased their forecast including warmer than normal sea surface temperatures, weak vertical wind shear, an active West African monsoon season, and a low chance of an El Niño forming this fall which helps to suppress cyclone activity. 2020 is so far recording the fourth warmest sea surface temperatures on record since 1982, trailing 2005, 2010 and 2017. Additionally, weak vertical wind shear in the month of July is the second lowest one record (trailing the hyperactive 2005 hurricane season). Warm ocean temperatures and minimal vertical wind shear are two crucial ingredients needed to aid in tropical cyclone development and intensification.

Multiple meteorological agencies have released their 2020 Hurricane Season outlooks with a few already updating their forecasts a second time to trend higher. The majority of meteorological agencies are in agreement that 2020 will be more active than normal. A total of 22 groups have submitted their individual hurricane season forecast to Seasonal Hurricane Predictions. This year the average forecast calls for nine tropical systems to reach hurricane status.

CSU’s report reminds coastal residents that it only takes one hurricane making landfall to make it an active season for them. Residents should prepare the same for every season, regardless of how much activity is predicted.