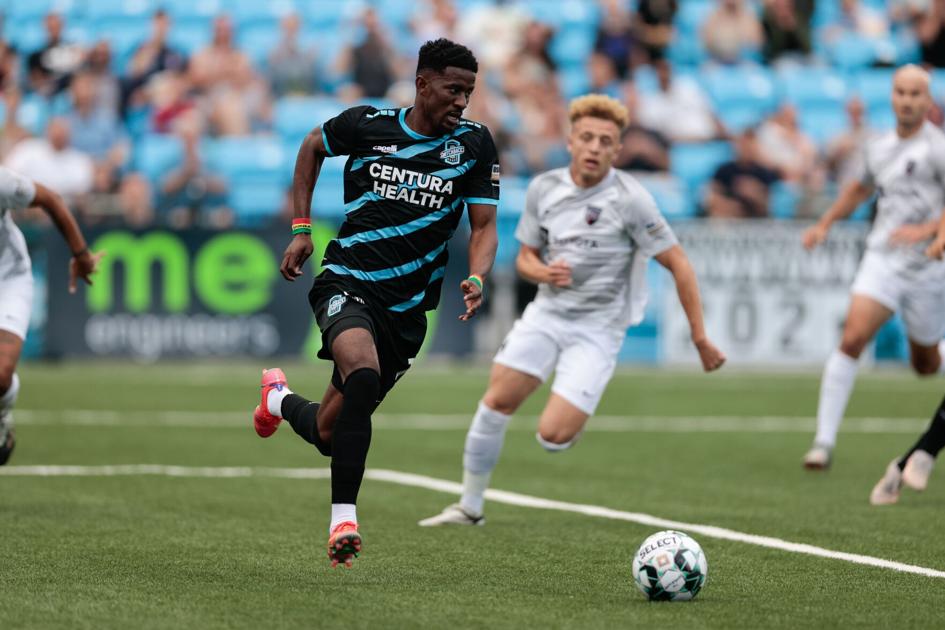 The Colorado Springs Switchbacks FC went to west Texas Saturday night and to its credit earned a point against El Paso at Southwest University Park.

A 1-1 draw against the Locomotive FC — thanks to Hadji Barry’s team-leading fifth goal of the season in the 73rd minute — proved that the Switchbacks can play with the best of the best in United Soccer League Championship.

El Paso, which entered the match No. 1 in the league’s power rankings, also carried an 18-game unbeaten streak since last year. Its only loss was in the 2020 Western Conference finals on penalty kicks.

With a game-time temperature of 94 degrees — it reached 108 during the day — the Locomotive (3-0-3) took control early against Colorado Springs (1-2-2) when Macauley King scored in the 12th minute off of a corner kick by Dylan Mares. King went into the box unmarked and booted a shot past Switchbacks goalie Sean Melvin for the early lead.

The Switchbacks, wearing their home black jerseys, nearly tied the score four minutes later when Michee Ngalina dropped a perfect pass to Deshane Beckford. But with El Paso goalie Logan Ketterer all but helpless to stop the shot, Beckford had the ball squirt off his foot and wide of the net for what could have been an easy goal.

Still with the lead, El Paso nearly doubled its advantage in the 34th minute with consecutive scoring opportunities on the same play. With Melvin at the top of the box, Switchbacks defender Jordan Burt got behind him and not only made the save but cleared the ball.

Burt got the start in place of Michael Edwards, who received a red card last week against San Antonio and did not make trip. Burt is the only member of the Switchbacks to play for the team in all seven of their seasons.

The Switchbacks tied things up in the 73rd minute when Ngalina earned a penalty kick after he was tripped in the box. Barry put the spot kick into the top right corner of the net.

It marked just the second time this campaign — the first since its season opener — that El Paso allowed a goal.

Switchbacks coach Brendan Burke, always animated, got a caution — the equivalent of a yellow card for a coach — in the 60th minute.

Ten minutes later, Burke made three player substitutions that seemed to reenergize his club when he sent in Andre Lewis, Triston Hodge and Dantouma “Yaya” Toure, celebrating his 17th birthday. The fresh legs allowed the Switchbacks to press more on offense and get back quicker on defense as El Paso raised the intensity on both sides of the ball.

The Switchbacks return to action Wednesday in search of their second win of the season with a home game at Weidner Field against Tacoma Defiance (2-1-2).