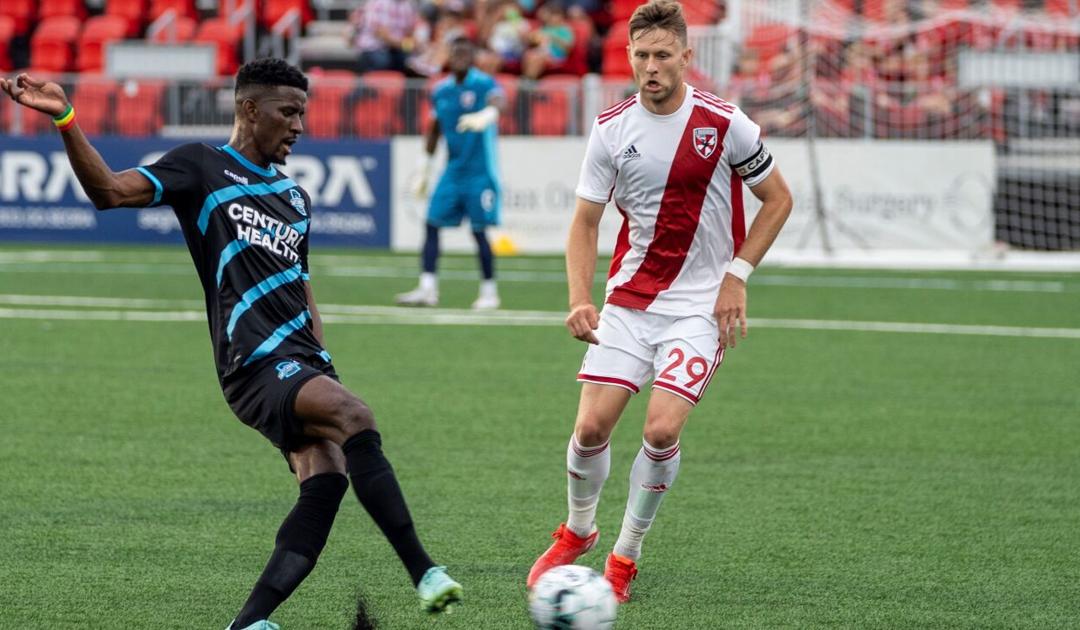 Michael Edwards and Dantouma “Yaya” Toure scored less than 100 seconds apart in the 63rd and 65th minutes, respectively, for a 2-0 lead.

But it was the goal by Hadji Barry two minutes into stoppage time at the end of the match that made team history.

Barry’s 14th goal in his 14th game this campaign tied the all-time franchise mark for goals in a season, set in 2015 by Luke Vercollone. It took Vercollone 26 games during that inaugural Switchbacks season.

“It’s fun to watch,” Switchbacks coach Brendan Burke said of Barry’s season. “You’re happy for him because he’s such a good guy.”

Barry’s goal came as a result of his consistent unselfish play. Racing toward the Loudoun goal, he passed to an open Darren Yapi — a 16-year-old forward on loan from the Colorado Rapids — who had his shot knocked away by Loudoun goalkeeper Jermaine Fordah. The ball bounced back to Barry, a 28-year-old native of Guinea, who blasted it into the back of the net from about 16 yards.

Barry’s goal increased his margin in the USL Championship Golden Boot race to five over his closest competitor.

It was the 52nd USL Championship goal of Barry’s career, which places him in the top eight.

In July, Barry signed a two-year extension that will keep him with the club through the 2023 season.

For 62-plus minutes, the match was nip-and-tuck as the teams had plenty of shots on goal — nine each in the first half — but just one each on target.

The Switchbacks broke through in the 63rd minute off of a corner kick. Jose Torres tapped the inbound ball to Andre Lewis, who tapped it back to Torres. Torres then sent a left-footed cross inside the box to a streaking Edwards who found the back of the net for his second goal of the season.

Edwards grew up in Woodbridge, Va., 57 miles from Leesburg. He had family and friends at the game, as did several Switchbacks players from the East Coast.

Burke made a double-substitution less than a minute later, replacing Torres with Stevie Echevarria and Beckford with Toure. In the blink of an eye, the 17-year-old Toure — also from Guinea — scored his second goal of the season from about 6 yards.

“Momentum can swing fast in a game and those goals really made a difference for us,” Burke said.

Even more important than the individual accolades was the three points earned by the Switchbacks (6-5-3). It gave them 21 points for the season and vaulted them from sixth to third in the Mountain Division.

“We’re going to need all the points we can get,” Burke said.

The victory was the first for the Switchbacks since July 4.

The Switchbacks were without the services of 18-year-old defender Sebastian Anderson. He was called up to the Rapids on Saturday for their game at Austin FC.

The Switchbacks will fly to Austin on Sunday to prepare for Austin Bold FC — the No. 2 team of Austin — on Wednesday. Burke said Anderson would likely rejoin the Switchbacks then, but a lot depends on the Rapids’ needs.

Burke added that that the newest player — forward Thomas Amang — will join the team in Austin. Amang, a native of Cameroon, was signed a couple of weeks ago.