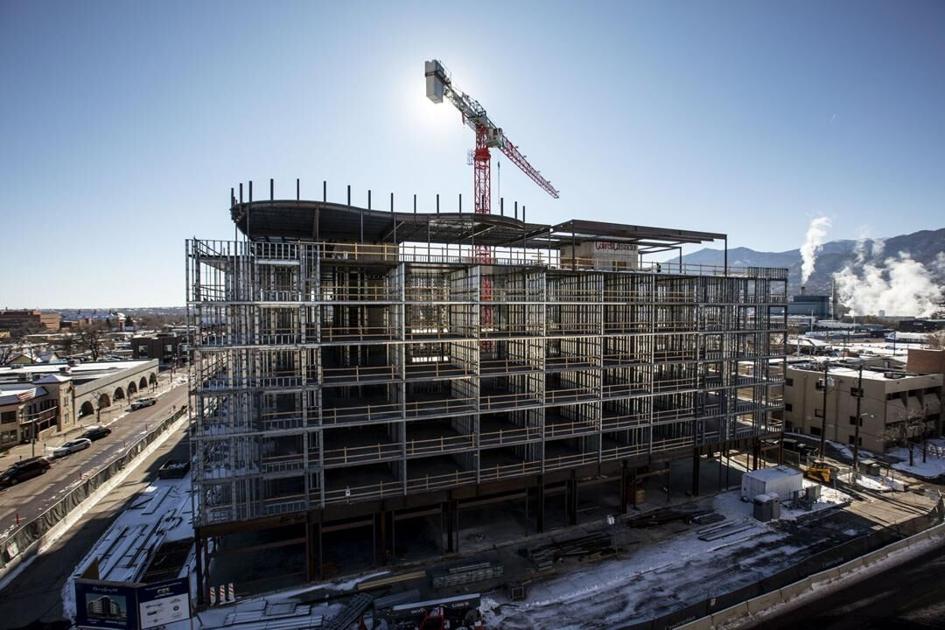 Key segments of Colorado Springs’ real estate market and the city’s downtown remain relatively healthy in the face of the continuing COVID-19 pandemic, yet will continue to confront challenges in 2021, according to four industry experts.

Their mostly positive outlook for the local market was presented Thursday during the 30th annual real estate and economic forecast hosted by the Colorado Springs chapter of the Institute of Real Estate Management, an industry group. The event typically takes place in front a few hundred people during a morning breakfast; because of the pandemic, however, this year’s forecast was held virtually via Zoom.

Here are some key takeaways from what the speakers said about Colorado Springs real estate and the state of the city’s downtown:

Single-family housing. Colorado Springs’ shortage of homes for sale will remain a major problem in 2021, while prices will continue to rise, in part because of the tight inventory, said Bruce Betts, owner/broker of Re/Max Advantage in Colorado Springs.

“It’s not getting better, it’s actually worse,” Betts said of the housing supply.

In January, just 430 homes were listed for sale in the Pikes Peak region, a 61.3% decline on a year-over-year basis, he said.

The exceptionally tight market allows sellers to field multiple bids and offers that are many thousands above their asking price. There’s only one winner in multiple-bid scenarios, and other buyers walk away frustrated, he said.

“It’s kind of crazy out there; it’s more crazy than it’s ever been,” Betts said.

Long-term mortgage rates that have fallen below 3% have driven demand for housing. Those lower rates help buyers purchase more home for their money. But their willingness to spend more also drives up prices because sellers can then command more, Betts said.

Because of high prices in the Denver area, buyers there will continue to purchase homes in the Springs and El Paso County while commuting north to their jobs, he said. Homebuyers who now are being priced out of the Springs increasingly will look to Pueblo and commute to their jobs here.

Apartments. Colorado Springs remains a hot market for investors, who continue to look for buying opportunities and have been attracted by a number of factors, said Saul Levy, a director with the Denver office of commercial brokerage Newmark.

In particular, investors like the Springs’ population growth and influx of millennials, its highly educated residents, job growth, wage increases, quality of life, reputation as a desirable place to live, and increased downtown activity and amenities.

Business additions and expansions also have caught the attention of investors, such as a soon-to-open Amazon distribution center, Ent Credit Union’s new headquarters, the March opening of a Scheels All Sports store and Penrose-St. Francis Health Services’ plan to build a third hospital on the city’s north side.

While not good for apartment dwellers, the Springs is one of the few cities where rents are rising — another reason investors like the market and its potential, he said.

“Most markets were experiencing negative rent growth, and in a pandemic, 5% would be impressive in almost any market, but this really caught the attention of a lot of investors,” Levy said. The Springs, he said, is one of the nation’s “more coveted, value added growth markets.

Commercial real estate: After a slow six months, commercial sales and leasing activity ramped up in the second half of 2020, said Andy Oyler, a broker with Quantum Commercial Group in Colorado Springs.

But not all segments of the commercial market are seeing the same results, he said. Significant retail construction is taking place in Colorado Springs, especially on the city’s fast-growing north and northeast sides where there’s ample home construction stores and restaurants want to be near, Oyler said.

The demand for industrial buildings also is strong, but few such properties are available for purchase, he said. Industrial lease rates haven’t risen high enough to justify the increasing cost of industrial construction, but rents are expected to climb in 2021, he said.

The office market won’t see as much construction as the retail and industrial sectors, Oyler said. Many businesses are figuring out how and when to bring back employees to their empty offices; when they do, some businesses likely will implement a hybrid model, in which employees work in the office a few days a week and stay at home the rest of the time, he said.

Downtown. Over the past several years, nearly 600 downtown residences — mostly apartments — have been completed.

More housing has been downtown’s most important goal for many years, Edmondson said.

“We, for a city our size, went a long, long time with very few people living in our downtown,” she said. “We have turned the corner rapidly on that and are quickly catching up to other cities.”

November’s $13 million sale of the 33-unit Blue Dot Place apartments, which fetched a record per-unit price, has “catalyzed” interest in downtown on the part of multifamily investors and developers, she added.

Downtown gained another amenity when the U.S. Olympic & Paralympic Museum debuted in July. This year, the Robson Arena on the campus of Colorado College and the Weidner Field multipurpose stadium in southwest downtown are scheduled to open.

Looking ahead, the decommissioning of the Martin Drake coal-fired power plant, the revival of a shuttle system and the completion of the 10-mile Legacy Loop trail system will be major pluses for downtown, Edmondson said.

But the pandemic took a toll on small businesses downtown — stores, restaurants and bars that are still trying to recover. Downtown saw 19 businesses close in 2020, although 21 opened for a net gain of two, Edmondson said. For 2021, 18 new small businesses are planned so far.

Sales activity in the area also took a hit, she said. Gross sales in downtown’s core fell 20% to 30% for much of 2020. In December alone — just after capacity limits were tightened on restaurants and stores and temperatures fell — food and beverage gross sales plunged to $2.9 million from $8.7 million during the same month a year earlier, Edmondson said.