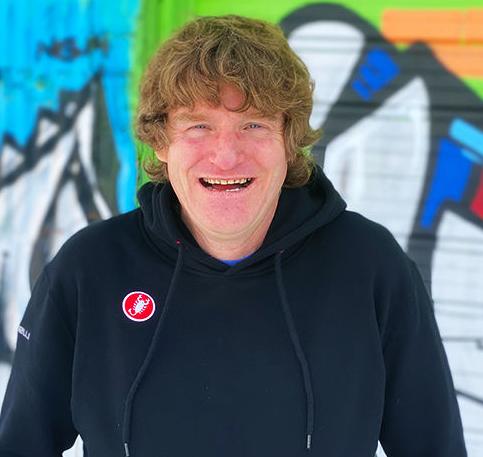 Only because of a camera will we likely see justice in the killing of George Floyd by a Minneapolis police officer. Cameras matter.

Short of the nuanced details provided by raw footage, the public and investigators might reasonably excuse this as the tragic result of a difficult arrest in which police were in grave danger. The footage indicates something quite different, showing a man begging for his life as onlookers plead with a cop to take his knee off Floyd’s neck.

One day after the death of Floyd, Chad Burnett died as Colorado Springs police tried to arrest him.

Though one case is high profile and the other obscure, the two events have a few similarities.

Floyd stood 6 feet, 6 inches tall. Burnett was 6 feet, 7 inches tall. Floyd worked as a truck driver and security guard in Chicago; Burnett worked at a bike shop in Colorado Springs. Four officers tried to arrest Floyd; five tried to arrest Burnett. Each man died in the custody of arresting officers. Based on available information, neither man was shot.

The similarities end there. Floyd was lived on wages; Burnett was the recipient of a substantial inheritance. Burnett lived in a gated community near the world-class Broadmoor resort. Floyd was suspected of passing a counterfeit $20 bill; police suspected Burnett of wielding a knife in a confrontation with neighbors.

The more substantial difference, as of this writing, involves public accountability. Most people in the United States have witnessed and analyzed Floyd’s gruesome death repeatedly as it plays on TV, YouTube and social media. It is a source of sleepless nights and nightmares. President Donald Trump saw the footage while flying on Air Force One and immediately called for a federal investigation.

Floyd’s survivors, the Minneapolis community and the entire country are fortunate for cellphone footage taken by a witness and turned over to the media. If more footage emerges, it will only further the cause of justice.

As of this writing, the media and public have seen no footage of Burnett’s death. Hopefully, that will change.

No one has any good reason, at this time, to suspect the Colorado Springs police did anything wrong. Unless and until given reason to believe otherwise, we must presume professional conduct and innocence on the part of all five officers involved. Our city is blessed with above-average law enforcement. Read nothing into the five suspensions, as that is protocol when an attempted arrest results in death.

Colorado Springs police wear body cameras for the sake of public transparency. Over the years, this footage has mostly protected law enforcement from false claims they abused authority or otherwise violated protocol during deadly arrests.

Regardless of innocence or fault, suspects are not supposed to die when police attempt to arrest them. When they die, it means something went wrong and the public needs information. Camera footage provides some of the best evidence investigators, the media and the public can get.

Barring some strange revelation that is difficult to imagine, an officer committed an egregious crime that killed George Floyd as other officers watched and did nothing. Criminal charges have been filed, more are likely, and all involved will have their day in court.

Yet, Burnett is no less dead than Floyd. His friends and survivors are no less sad. Our community needs to know how and why he died, even in the likely event no one living is at fault.

The public pays for body camera footage on law enforcement personnel to ensure accountability that protects all parties. The public needs footage of Burnett’s arrest, ASAP.