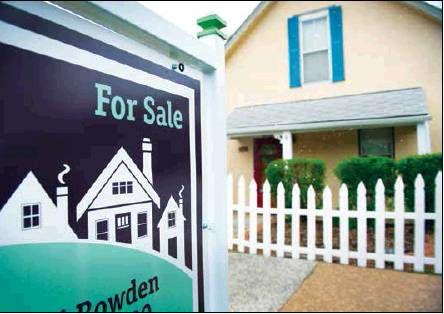 Colorado Springs-area home sales fell in April as the COVID-19 pandemic and state restrictions on home buying and selling led to a predictable slowdown in the single-family housing market.

“It had to be a drop. Why? Because we could not show inventory,” said Harry Salzman of ERA Shields Real Estate and Salzman Real Estate Services.

For most of April, Gov. Jared Polis’ stay-at-home order — issued March 25 and intended to slow the spread of the highly infectious coronavirus — required state residents to remain inside their homes except to visit groceries, auto repair shops and other essential businesses. Exceptions also included working in critical industries and engaging in some outdoor activities.

A subsequent Polis administration directive prohibited home sellers and their real estate agents from conducting in-person showings of properties for sale. Buyers could not walk through a home to open drawers and cabinets, turn on faucets and otherwise inspect a property; instead, they were limited to watching videos to determine if they liked a house.

Those restrictions, along with anxious sellers pulling properties off the market in large part for fear of buyers spreading the coronavirus through their homes, triggered fewer sales, agents said.

Last month, sales of Springs-area single-family and patio homes totaled 1,219, a 7.7% decline from April of last year, according to a report by the Pikes Peak Association of Realtors. That figure excludes townhomes and condominiums.

“We all expected that,” said Joe Clement, broker/owner of Re/Max Properties in Colorado Springs. “I personally thought it would be worse.”

The decline wasn’t out of the ordinary, statistically speaking; in recent years, monthly home sales occasionally have fallen on a year-over-year basis even as Colorado Springs’ housing market has been ranked by national publications as one of the hottest in the country.

Still, the more than 1,200 homes sold in April suggested the demand for housing remains strong, Salzman and Clement agreed. And that demand helped drive prices to another record high.

The median price, or midpoint, of homes sold in April rose to $360,000, a 9.8% year-over-year increase and eclipsing the record of $352,400 set in March, according to the Realtors Association report.

A tight supply of homes on the market, which has been a problem for years in Colorado Springs and several other cities nationwide, also contributed to the increase in prices.

In April, 1,589 homes were listed for sale, a 1.1% increase over the same month last year, yet still only a 1.3-month supply, based on inventory and recent sales activity, the Realtors Association report showed.

Polis relaxed his stay-at-home order April 27, which was modified into a safer-at-home phase that allowed sellers and their agents to resume in-person showings — with face masks for agents and buyers, plus rubber gloves, booties and other safeguards.

“That’s a hopeful part of this,” Clement said.

On the plus side for the market, long-term mortgage rates remain at historic lows, and fell last week to an average 3.23% nationwide for a 30-year loan, according to mortgage buyer Freddie Mac. That’s the lowest rate since 1971, when Freddie Mac started compiling mortgage rate data from around the country.

For buyers who qualify for a mortgage and can afford a home, real estate remains a great long-term investment, Salzman said. Even as real estate prices nosedived during and after the Great Recession, they came back, he said.

“The appreciation is still there,” Salzman said of home values.

Still, a strong economy heading into the pandemic — bolstered by cybersecurity, tech and other industries — puts Colorado Springs in a better position than some cities to withstand a housing slowdown, Clement said.

“We still have a pretty darn decent demand,” he said. “We could have a pretty good summer if we keep going.But there’s so many factors when you’re dealing with a health crisis and I don’t really know the whole story because I’ve never been through one before.”