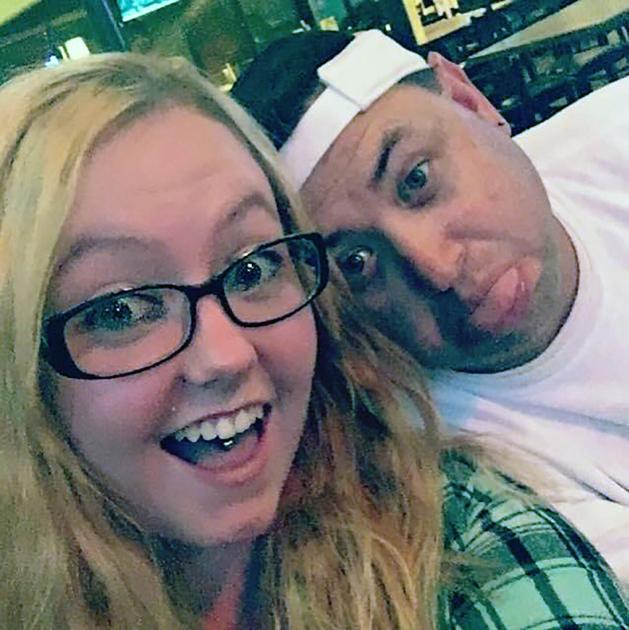 BOULDER, Colo. (AP) — Some were gunned down while picking up groceries, others while putting in a day’s work at a Colorado supermarket. Another was a police officer who raced in to try to rescue them from an attack that left 10 dead.

Portraits of the lives lost were coming into view as the suspect in Monday’s killings waits behind bars for a court appearance Thursday.

Ranging in age from 20 to 65, those who lost their lives at the King Soopers store in Boulder include a clothing shop owner, a boutique worker, a man looking forward to a new grandchild, a magazine photographer, an actress who also became a Medicare agent and others going about their days at a busy shopping plaza.

Leiker, Olds and Stong worked at the supermarket.

He was off the clock when he stopped in to shop at the grocery store and ended up in the line of fire, said co-worker Emily Giffen, who was on a smoke break when shots initially erupted outside the store.

Stong, whose mother also works at the store, was studying to become a pilot, Giffen said. In the meantime, he was a “goofball” who provided comic relief when his co-workers needed it.

“If you needed to laugh, he would always tell me these horrible dad jokes,” Giffen said. “He was a really well-rounded person and really a lot, a lot that he was still going to do.”

Before the coronavirus pandemic, she worked at a downtown Boulder boutique called Island Farm.

“She immediately took me under her wing, treating me like her own daughter,” said Madeline Soultz, 23, a former sales associate whose family lives far away.

Store manager Lily Rood, 26, said Waters, who had two daughters and a son, was “a mother to all the girls here.”

Island Farm opened its doors Tuesday to customers, friends and loved ones who came to reminisce about Waters — her penchant for collecting heart-shaped leaves on hikes, her animal-print decor at home, her get-togethers with co-workers over margaritas and the advice she gave.

“You could go to her with any problem,” Soultz said. Waters wasn’t shy about letting people know if they made mistakes, but “she knew your potential, even if you didn’t know it.”

Boutique owner Jen Haney added, “The world got dimmer without her.”

A memorial filled with candles and flowers kept growing outside Umba Love, the clothing and accessories shop that she ran with her sister on Boulder’s popular Pearl Street Mall.

“She was just a really happy-go-lucky person,” said Tricia Hunter, a manager at the Savory Spice store next door.

Hunter said Bartkowiak was dedicated to her shop, traveling to festivals and working hard to keep the business going.

“She was a very free spirit, kind to everyone, always smiling, always happy,” Hunter said. “I rarely saw her in a bad mood.”

Hunter said she went to Umba Love to borrow shipping boxes and saw Bartkowiak on Sunday. Her death the next day was a shock.

“It is pretty heartbreaking that somebody is just running to the store to get something, and a gunman is there shooting people, and you get killed,” she said.

Friend and former roommate Stacy Dixon told KUSA-TV that Bartkowiak, who went by Lona, was planning to get married soon.

She was “giving and kind and uplifting” and “had probably the brightest light I have ever met in a human being,” Dixon said.

A longtime King Soopers employee, she was a “spitfire” who felt free to yell “hello” across the store when colleagues came in to work, Giffen said.

“She wore her emotions on her sleeve, and whatever she felt was what she felt, and you could never shame her for it,” Giffen said. She said Leiker was dating a co-worker and that the two complemented each other.

“She was there even before we started gathering, which is half an hour before the stampede started,” Dockendorf said. “She was just a staple. She was kind of a personal cheerleader for the band.”

She was an actress and mother who later won loyal clients as a Medicare agent, doing extensive research to find the right supplemental coverage for older adults signing up for the federal health insurance program, said her life partner, Phi Bernier.

“She never skimped, she never did something because it was easier,” he said.

Fountain trained at the Circle in the Square Theatre School in New York, and the two first met while they were playing lead roles in “The Glass Menagerie” about 30 years ago, Bernier said. They dated for a time and then reconnected after Fountain came to see him in a play in 2013.

Up until the pandemic, Fountain was also the manager of eTown, a nonprofit live music venue in Boulder.

“Suzanne was a bright light to all she met, and we were proud to have her represent eTown in our community as she welcomed people into our space hundreds and hundreds of times,” the organization said in a Facebook post.

Fountain won praise for her acting from both reviewers and those who worked with her.

“She was absolutely lovely, a natural, someone you simply didn’t forget,” Brian Miller, who worked with her on a show, told The Denver Post.

A Boulder Daily Camera review said her 2002 performance as a nurse in “Wit,” a Pulitzer Prize-winning play about a woman dealing with cancer, brought “a simple but crucial compassion to the play.”

He “represents all things Love,” his daughter Erika Mahoney said in a poignant tweet that featured a wedding photo and drew wide attention on social media.

“I’m so thankful he could walk me down the aisle last summer,” added Mahoney, who is the news director at a California public radio station.

She told NPR in an interview that aired Wednesday that the pandemic had almost forced her to reschedule the wedding, which she and her husband decided to hold in a small backyard ceremony with their families.

Erika Mahoney said her father had tried to hold back his tears “in big life moments for me, like when he took me to the airport for college, but really, it’s just his softness shining through,” she said. “I admire my dad so much, and that’s why I picked that photo, because I’m looking up at him.”

She also tweeted that she’s pregnant and knows her father “wants me to be strong for his granddaughter.”

Erika Mahoney said her father was shopping at Kings Sooper when he was killed. As news of his death became public, she said, friends texted her that he was like a father to them as well.

“One death trickles to so many people and to an entire community and beyond,” she said. “In this case, 10 lives were lost, and I think about my daughter and that my dad will never be able to hold her, but I know on some level, he will be there and he was so excited — and I’m going to tell her that he loves her so much.”

He joined the police force in Boulder in 2010 with a background that included a master’s degree in computer communications, his father said.

“At age 40, he decided he wanted to serve his community,” Homer “Shay” Talley, 74, told The Associated Press from his ranch in central Texas. “He left his desk job. He just wanted to serve, and that’s what he did. He just enjoyed the police family.”

Eric Talley was the first to arrive after a call about shots being fired and someone carrying a rifle, Boulder Police Chief Maris Herold said.

Talley was “by all accounts, one of the outstanding officers” in the department, Boulder County District Attorney Michael Dougherty said.

Talley’s father said his son — who had seven children, ages 7 to 20 — was a devoted father who “knew the Lord.”

“When everyone else in the parking lot was running away, he ran toward it,” Shay Talley said.

“We know where he is,” he added. “He loved his family more the anything. He wasn’t afraid of dying. He was afraid of putting them through it.”

Talley grew up in Albuquerque, New Mexico, where he was “the most liked person in our class,” said elementary school classmate Kerry O’Bryant, who started a fundraiser for Talley’s children.

“He wasn’t necessarily Mr. Jock or Mr. Popularity or whatever, but everybody liked Eric. There was nobody who didn’t,” O’Bryant told the Albuquerque Journal.

“If there was anyone who was potentially going to be able to go in and defuse a bad situation, it was him — because he was such a lovable person,” O’Bryant said.

She was shopping at King Soopers, where a friend’s daughter had seen her. Word made it to her husband, John Mackenzie, who drove to the store and started texting his wife.

After getting no answer in about five minutes, “I just fell over in my chair,” he said, choking up.

Murray had a long career taking photos for magazines including Cosmopolitan and Vogue, Mackenzie said.

“She charmed the pants off me” when they met at a photography studio in New York City years ago, he said. Computer backgammon games soon evolved into a relationship and eventually, two children.

“She’s the kindest person I ever knew, hands down. She had an aura about her that was the coolest freakin’ thing you’d ever want to know. She was just a cool chick,” Mackenzie said.

“She had it all together — she really did,” he said, and offered a message:

She had a big laugh and an effervescent personality, the kind of person who cheered everyone up and didn’t sweat what anyone thought of her tattoos or ever-changing hair color, her family and friends said.

“Rikki lived life on her own terms,” uncle Robert Olds said, calling her a “strong, independent young woman” who encouraged the idea of “being your own person.”

As a preschooler, she’d tag along with him and his sons to baseball tournaments and ask to go to McDonald’s afterward. As she grew up, she played softball and developed a love for camping, hiking and other outdoor activities.

“She was just a very kind and loving, bubbly person who lit up the room when she walked in,” said her grandmother, Jeanette Olds.

Rikki Olds originally wanted to be a nurse, but her plans changed, her family said. A front-end manager at King Soopers, Olds aspired to work her way up to store manager.

No matter what she did, she wanted to help people and be nurturing, her uncle said.

“There’s a hole in our family that won’t be filled,” Robert Olds said.

Co-workers said Olds was the go-to person when someone needed to vent, laugh or share a little gossip.

“She was just the funkiest, silliest, most wonderful person,” said Giffen, who remembered talking with Olds about a customer complaint Monday.

“I said, like, ‘Hang in there, girl,’” Giffen recalled. “‘It’s groceries. Nobody dies over groceries.'”