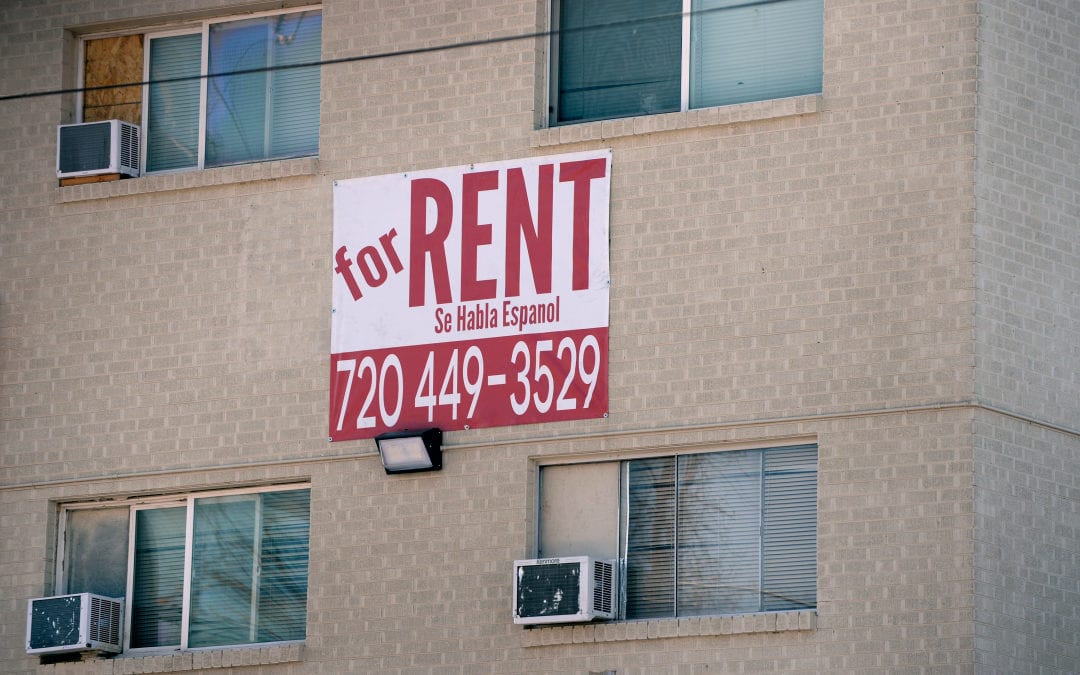 More than $55 million was requested between Jan. 4 and Feb. 8, which was more than all of 2020, according to data from the state Division of Housing. But the demand, especially for the Emergency Housing Assistance Program for renters, created an administrative backlog that has left many waiting for up to double the two to four weeks it was taking to process a request last year.

“As February comes to an end, we have not seen the demand for EHAP level off,” said Alison George, the state director of housing in the Department of Local Affairs, in a program update shared Wednesday. “We continue to receive more than 200 new, unique and completed EHAP applications per day. This demand far exceeds the capacity established since the beginning of the pandemic, so (Department of Housing) procured an administrative firm to help.”

The surge came after the state’s eviction moratorium ended Dec. 31, though a ban on late fees was in effect until the end of January. The national eviction moratorium was extended to March 31. But George said demand also increased in January because the housing agency simplified the process for renters, allowing them to apply online rather than going through a third party.

The programs, which went into effect last summer, have so far helped 21,847 Coloradans pay a total of $47 million in rent or mortgage payments. Another 21,000 requests are pending for a total of about $75 million. Tenants can seek back rent help plus up to three months of future rent.

Since December, nearly $300 million in state and federal funds has been added to the EHAP and the Property Owner Preservation program for landlords. The POP program allows landlords to apply for rent on behalf of multiple tenants who have signed a declaration that their reduced income makes them eligible for the national moratorium.

But with 15,000 applicants in January and about 9,500 so far in February, the backlog to approve requests is taking much longer than last year. It’s difficult to say how long a request will take because the backlog is so large and each application must be analyzed, said Brett McPherson, a spokesman for the Department of Local Affairs.

“If someone applied today they could get payment in as soon as three weeks, but that depends on a lot of variables,” McPherson said. “The oldest application we have currently came in eight weeks ago now, but there are many extenuating circumstances that would go into that kind of lead time.”

But, he added, with HORNE’s help in processing the backlog, “We expect to be at our target of two weeks or less before long.”

The programs have been popular with landlords because they can apply on behalf of multiple tenants each month and get paid directly by the state, said Drew Hamrick, general counsel for the Colorado Apartment Association. But the organization’s members have noticed the slow down in processing times.

“This is undoubtedly caused by the steadily increasing number of applications as these programs are becoming better known, as well as some programming requirement changes mandated with the federal government’s massive new funding for these programs,” Hamrick said, adding that he believes HORNE’s help will speed things up.

Nevertheless, Hamrick said the rent-aid programs were probably the best thing the state could have done to stabilize the housing situation for the hundreds of thousands of Coloradans who lost their jobs during the pandemic.

According to the apartment association, member landlords representing 300,000 apartments in Colorado still collected more than 90% of the owed rent each month for the past year. That means even if some tenants were unable to pay rent or the full rent, 93.5% of rent money owed in January was collected by Jan. 20.

“We monitor the overall payment rates and clearly, over time, the fact that those payment rates have been so strong is being helped more and more by the existence of things like the POP and EHAP program,” Hamrick said. “I can’t tell you that there would be no problem if those programs didn’t exist, but I can’t tell you definitively that up through February 20, those programs are keeping up with demand.”

Emergency Housing Assistance Program is a state funded program for renters and homeowners who need to get rents or mortgages paid during the pandemic. >>

Property Owner Preservation (POP) program is a state-funded program for landlords to apply for rent on behalf of their tenants. There are monthly rent limits. >>