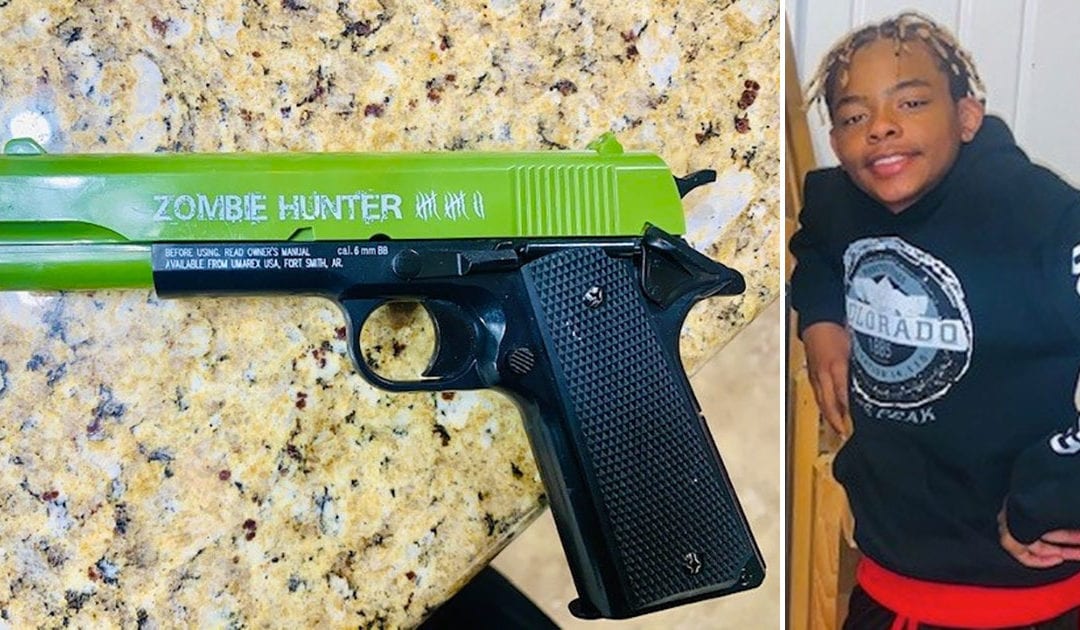 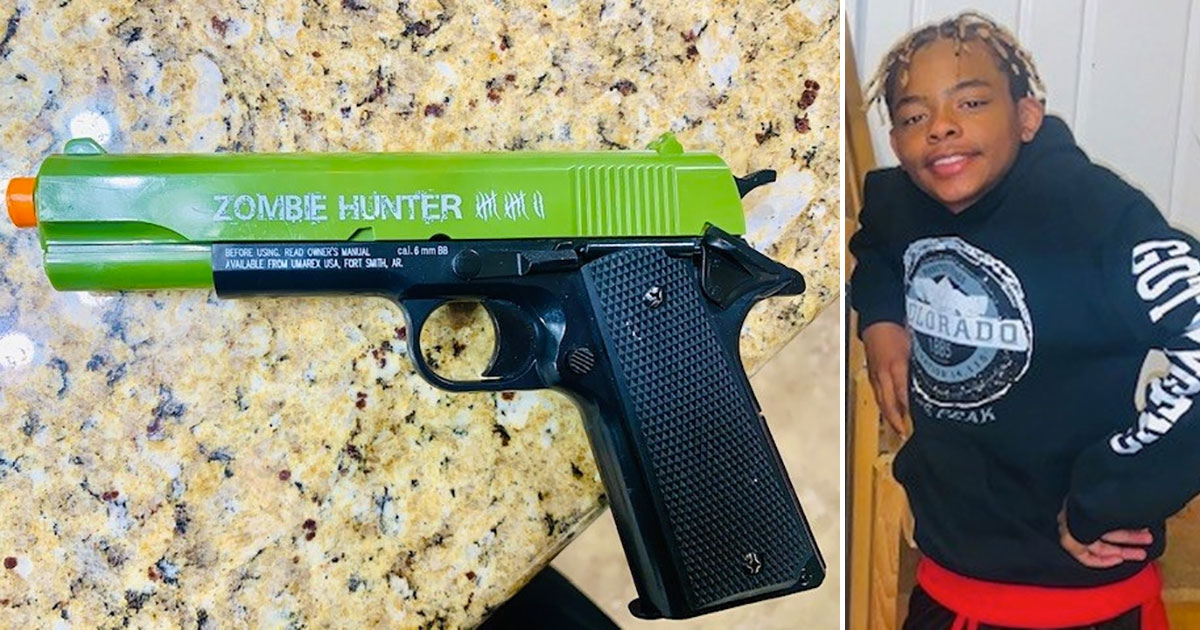 A school in Colorado suspended a Black pre-teen for five days and sent the police to his house for “waving” a toy gun on the screen during a virtual class, according to reports.

Seventh-grader Isaiah Elliott was attending a virtual art class at Grand Mountain School in Colorado Springs on Thursday, August 27th when the 12-year-old picked up a neon green toy gun and moved it from one side of the screen to the other, his mother told BuzzFeed News.

The toy gun bears the words “Zombie Hunter” and an orange tip to differentiate it from a real gun, local Fox affiliate KDVR reported.

Dani Elliott says her son lives with ADHD, which causes him to have trouble concentrating during the class, and the school is well aware of his condition because he has an Individualized Education Program on file.

After the class, Elliott says she received an e-mail from her son’s teacher saying there’d been “a very serious issue with waving around a toy gun” and that she’d reported the incident to the school’s vice-principal, who then called Elliott to let her know that the local sheriff’s office to conduct a welfare check.

“It was really frightening and upsetting for me as a parent, especially as the parent of an African-American young man, especially given what’s going on in our country right now,” Isaiah’s father, Curtis Elliott, told KDVR.

“For them to go as extreme as suspending him for five days, sending the police out, having the police threaten to press charges against him because they want to compare the virtual environment to the actual in-school environment is insane,” Isaiah’s mother added.

“If [the teacher’s] main concern was his safety, a two-minute phone call to me or my husband could easily have alleviated this whole situation to where I told them it was fake.”

Neither parent knew the school was recording their son’s virtual class, but said the district refused to show them the video when they requested it.

A sheriff’s deputy, however, filmed the video using his bodycam and showed it to Isaiah’s father.

Curtis Elliott told KDVR the video shows his son sitting at home on his sofa when he momentarily picks up the toy gun on the right of where he’s sitting and moves it to his left side without realizing that his teacher and fellow students saw him moving the gun across the computer screen.

“Just flashed across the school computer screen for maybe one or two seconds at the most,” Mr. Elliott said. “It would’ve been a lot easier for me to understand if my son had made a threat,” added Mrs. Elliott.

The Elliotts said the incident left their son traumatized, especially after deputies told him that his behavior could have led to criminal charges and might in the future if something similar were to happen again.

“He was in tears when the cops came. He was just in tears. He was scared. We all were scared. I literally was scared for his life,” the boy’s father said, adding that he was fearful of the police possibly overreacting to having the school principal tell them a young Black boy was potentially armed with a gun.

“I definitely feel they crossed the line,” Isaiah’s mother said of school administrators. “They were extreme with their punishment, especially sending the police out and traumatizing my son and my family.”

Isaiah’s mother said she feared for her son’s life when the police were on their way because he’s the same age Tamir Rice was when he was shot dead by police in 2014 while playing with a toy gun in a park near his home.

“Parents of African American children go above and beyond to protect our children and ensure their future,” she said. “Until you’ve lived this life, until you’ve experienced discrimination and hardships that come along with being born a certain skin color… I thank God that it didn’t go another way and my son is still here with me.”

She added: “This could potentially impact his future. Look at everything that’s going on in the world today. God forbid something happens to my son down the road; people could look at this and decide he doesn’t deserve justice. I know that sounds extreme. It’s a very real reality for us.”

Isaiah’s five-day suspension ended on Friday (Sep. 4), but his parents have no intention of sending him back to Grand Mountain School. Isaiah was formally withdrawn from the school on Tuesday (Sep. 8), and he’s since been placed on the waiting list for a charter school.

Colorado School Suspended 12-Year-Old Black Boy, Sent Police to His House After He “Waved” Toy Gun During Virtual Class is a post from: Gossip On This – Pop Culture, News & Videos