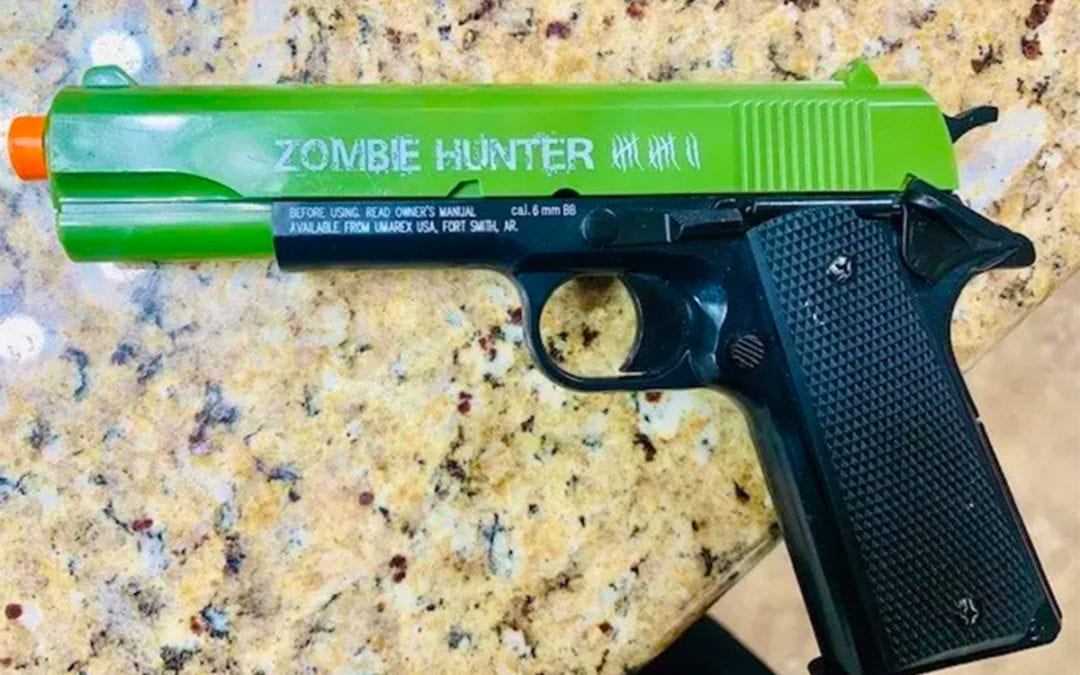 A Colorado school suspended a pre-teen and sent authorities to his family’s home — for waving a toy gun on screen during a virtual class, according to reports.

Isaiah Elliott, 12, was taking an online art class through his Colorado Springs grade school on August 27 when he flashed the green-and-black mock gun, which bore the words “Zombie Hunter” and an orange tip to differentiate it from the real deal, according to local Fox affiliate KDVR.

The concerned teacher notified the school’s principal, who suspended Elliott for five days and called the El Paso County Sheriff’s Office without first talking to Elliott’s parents, the report said.

“If her main concern was his safety, a two-minute phone call to me or my husband could easily have alleviated this whole situation to where I told them it was fake,” Dani Elliott, Isaiah’s mom, told KDVR.

Instead, deputies came to the home to verify that the gun was fake and warn that if Elliott showed it during class again, according to his parents and the traumatized boy himself.

“I didn’t know what was going to happen. I didn’t know if they were going to bust down the door,” Elliott told the outlet. “My heart was beating super fast.”

Elliott, who has attention deficit hyperactivity disorder, said that he was just trying to move the toy when he inadvertently flashed it across the screen.

His father, Curtis Elliott, agreed that school officials have to understand that the virtual classes necessitated by the COVID-19 pandemic have brought teachers into students’ homes, where expectations must be different from classrooms.

“The virtual setting is not the same as the school setting,” he said. “He did not take the toy gun to school. He’s in the comfort of his own home. It’s a toy.”

The dad added that he was particularly afraid for his son as a young black boy growing up in America.

“It was really frightening and upsetting for me as a parent, especially as the parent of an African-American young man, especially given what’s going on in our country right now,” he told KDVR. “I literally was scared for his life.”

“This could potentially impact his future. … Look at everything that’s going on in the world today,” she told BuzzFeed News. “God forbid something happens to my son down the road, people could look at this and decide he doesn’t deserve justice. I know that sounds extreme. … It’s a very real reality for us.”

In a statement posted to Facebook, school officials declined to go into specifics for privacy reasons, but defended their handling of the situation.

“We never have or ever will condone any form of racism or discrimination. Safety will always be number one for our students and staff. We follow board policies and safety protocols consistently, whether we are in-person or distance learning,” the statement read in part. “We will continue to support all families in our school to make sure they feel safe, respected, and educated.”

Elliott’s parents told the outlets that they intend to find a new school for their son.