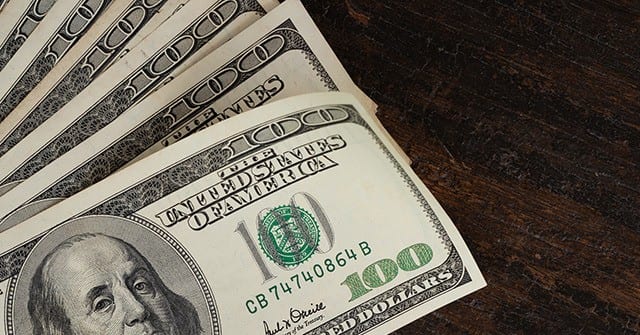 An ordinary $18 meal became an extraordinary deed after a man left a $4,000 tip on his order at a Colorado saloon.

The young man ordered a couple of appetizers online totaling $18 before he entered Pueblo’s Gold Dust Saloon with his credit card at the ready to pay for the order.

“And after he pays, he hands me a piece of folded up paper,” Gold Dust owner Michael Mahan told the Coloradan. “So I looked at it and it’s a check for $4,000.”

Mahan asked the man, “What’s this for?”

The young man, a frequent patron of the restaurant, replied that he was concerned for him and his restaurant.

“He said, ‘We like this place and we want to make sure you’re OK,’” Mahan recalled. “As we were renovating at the time, I told him, ‘We’re fine. We’re spending money renovating, trying to make this place new and exciting again.’”

Then Mahan’s mind thought about his bartending and serving staff who have gone without a paycheck or tips since Colorado ordered a shut-down of all dine-in establishments last month.

“Since it’s been so slow, I haven’t had any of them working,” Mahan noted. “So I told the young man, ’The only way I’m going to accept this is if I can give it to my staff.’

“And he said, ‘Sure. Do whatever you want with it. I just want to make sure you guys are all good.’”

So each of the nine-member service staff team at the saloon got a $444 windfall.

Brittany Cornelius, 22, was working behind the bar for six months before she found herself unexpectedly without a job.

“I was working when we were told about the quarantine,” she said. “And I was sent home that day, with $12 in my pocket. Not knowing when I would make money again was scary.”

“Thank you. God bless you, and come on in and get a slopper on me,” she said.

Other restaurants that have seen these acts of kindness are few and far between. One California restaurant that shut down for a week not due to the coronavirus caused one waitress to miss out on a week’s pay, prompting one customer to give her a $1,000 tip.