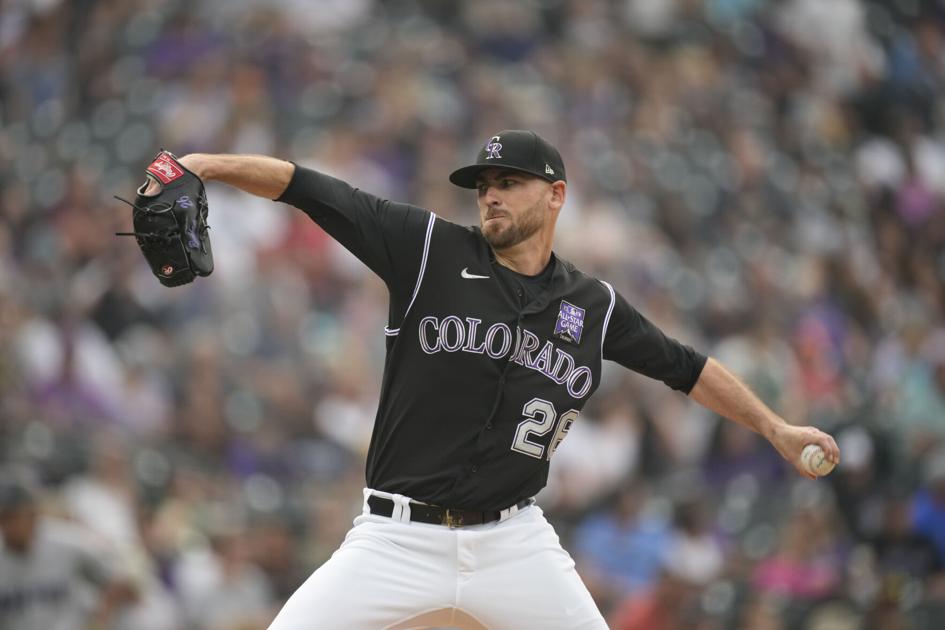 DENVER — Austin Gomber has been ruled out for the season with pars defect, a stress fracture in his lower back.

Gomber, who was traded to the Rockies from the Cardinals in February as part of the Nolan Arenado trade, finishes the season with a 4.53 ERA in his first year with the team.

“Obviously, I wish I would have been able to finish off these last couple weeks,” he said. “But I think there was positives and negatives for me and stuff to build on, stuff to learn from.”

Gomber started feeling soreness about three weeks ago. It was manageable, but he felt restricted and like he couldn’t finish his pitches. It got progressively worse, and late last week he felt discomfort after throwing a side session.

“It just made my job harder,” he said. “It definitely was affecting me.”

He’s never felt anything in his lower back before, but he was told that this was likely an old condition that flared up. He had never had imaging done on it until late last week, and doesn’t know what he did to cause it to flare up.

Gomber will need to rest his back for about a month, then should be able to begin his offseason program. He plans to stay with the team for the rest of the season, then head to Texas to begin his workouts.

His main focus going into his second year with the Rockies is improving his consistency and game planning.

Ryan Feltner was preparing to watch the Double-A Hartford Yard Goats game when pitching coach Frank Gonzales took him aside.

He was heading to the big leagues, Gonzales said, and starting for the Rockies on Sunday in place of Gomber.

“This is everything I’ve ever dreamed of,” Feltner said. “Just trying to get my thoughts together right now is hard.

Feltner, the Rockies’ No. 22 prospect, said this call-up came out of the blue. He’s never even pitched in Triple-A.

But things really started clicking for him during instructional league in 2019, and that’s when he thought that this could be a possibility one day. He made mechanical changes, shortening his delivery, that made a big difference for him. He had a 2.62 in 20 starts this year in High-A and Double-A.

Both of his parents were at the game in Hartford, so he was able to tell them in person. They’ll be there on Sunday for his debut, as will his brother and girlfriend.

Connor Joe, who suffered a mild hamstring strain running from first to third on Friday night, was placed on the injured list. Joshua Fuentes was called up to replace him.