Colorado Rockies’ Grade Through One-Third of the Season 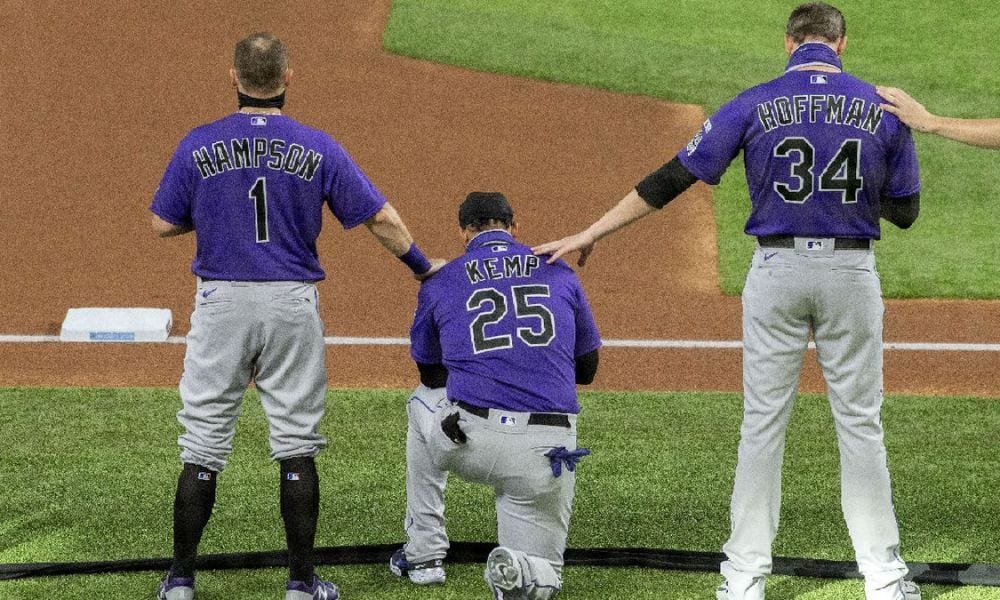 It’s been a bizarre scene third of the way through MLB’s condensed 60-game regular-season slate. Although the COVID-19 pandemic has done its best to dampen America’s national pastime, we’ve seen some dynamite baseball being played thus far. After 21 games and a much-needed 10-6 victory over the Texas Rangers on Sunday afternoon, the NL West’s Colorado Rockies are 13-8, playing formidable ball despite a recent mini-slump. Starting a scorching-hot 11-3 out of the gate, the Rox have cooled off to a degree inside the friendly confines of Coors Field in the Mile High City.

Based on their 11-3 tear of a start in their first 14 games, I’d give the Rockies an A- or perhaps even an A+ grade; however, their aforementioned 1-5 mini-slump has me adjusting their grade accordingly. At the one-third mark with a record of 12-8, Colorado would be in great shape if they could conjure up the very same over the last two-thirds of the regular-season. With their slide added to the equation, I’m giving the Rockies a final grade of a B+ after 20 games.

Simple math would have the Rockies finishing 36-24 throughout the entirety of this 60-game season. That record would land the Rox in the playoffs, and it might even challenge the other 29 teams in the major leagues for the best in baseball.

Starting their season a remarkable 6-2 on the road, the Rockies have been unusually mediocre at home — barely over .500 at 7-6 inside of Coors. Coincidental, or the impact of the thin air at altitude?

I’ve never been a firm believer that the altitude made a monumental difference, but it’s unquestionably causing baseballs to soar at 5,280 feet above sea level in 2020. It’s almost as if the air is even thinner without human beings occupying the seats.

That being said, the Rox pitching staff is stacked with gentlemen relying on throwing balls lower in the strike zone. Whether it’s a fastball, slider, curveball, or changeup, Colorado starters and relievers bank on breaking pitches. With the less-condensed air in Denver, pitches aren’t breaking as sharply as they do at sea level.

Due to the lack of movement from the rubber to home plate, the Rockies’ competition has dudes tattooing baseballs all over the park. Flying southeast to face the Houston Astros at Minute Maid Park might be just what the doctor ordered for the Rox.

Monday night’s affair in H-Town has lefty starter Kyle Freeland taking the mound, and right-hander Antonio Senzatela hurling in Tuesday’s daytime matchup. Both Rockies’ starting pitchers should see much more movement towards the lower portion of the strike zone inside Minute Maid.

Even with the Astros’ mighty lineup, Colorado pitchers should be feeling better before their return back to Coors Field to face the same Houston squad on Wednesday and Thursday.

At the plate, the Rox have a dangerous lineup from top to bottom. They’re just as good defensively. Center fielder and leadoff hitter Garrett Hampson can flat fly around the bases as well as snare a fly ball in the outfield, shortstop Trevor Story and third baseman Nolan Arenado can flash and mash, and don’t forget about first baseman Daniel Murphy’s abilities both with the leather and the wood.

Add studs like Ryan McMahon, Sam Hilliard, Raimel Tapia, David Dahl, and Matt Kemp to the Rockies’ lineup, and it’s a scary sight for the rest of MLB. By the way, after playing for Colorado’s NL West rival San Diego Padres and Los Angeles Dodgers as a Rockie-killer, I’m refreshed to see Mr. Kemp in Rockies’ Purple.

Right fielder Charlie Blackmon has become accustomed to the leadoff role as a Rockie, but hitting third in Colorado’s revamped order has “Chuck Nazty” looking at a .400 or possibly even a .500 batting average come the end of the regular season.

The last time any MLB player hit .400 dates back to September 28, 1941, when the late Ted Williams finished the feat as a member of the Boston Red Sox. Williams did so in the course of your typical 162-game season. So, if Mr. Blackmon completes the task, a .400 batting average during a shortened 60-game season will include an asterisk.

However, if he can reach the .500 mark or better, that’ll be another story altogether. An incredible story.

The Colorado Rockies get a B+ from yours truly through one-third of the season. If they can duplicate it over the next two-thirds, they’ll be in the driver’s seat with a World Series run in mind.

Until later this week, be smart, stay safe, and stay healthy.