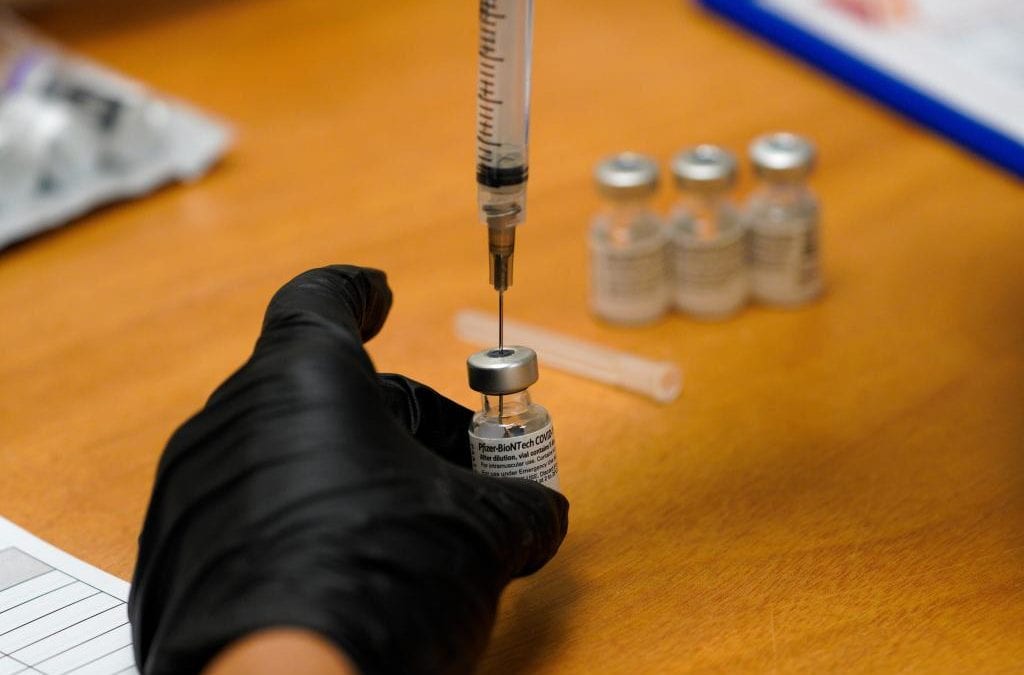 As shuttered restaurants slowly reopen and eased dining restrictions allow for more customers in Colorado dining rooms, nearly 300,000 foodservice workers in Colorado learned on Friday that they would not start receiving the vaccine on March 5 as originally planned.

Gov. Jared Polis announced that because of supply constraints, the state would need to delay vaccines for some essential workers, including restaurant employees. Meanwhile, frontline agriculture and grocery store workers are on track to be vaccinated starting March 5.

Vaccinations for restaurant workers and others in the newly created 1B.4 phase should begin around March 21, Polis said. The restaurant industry’s place in the vaccine rollout schedule has become a source of contention.

“Our primary concern is the health and safety of our workers, who provide essential meals for Coloradans, just as grocery workers do,” Colorado Restaurant Association CEO Sonia Riggs said in a statement responding to the altered schedule. “Splitting grocery workers and restaurant workers into two phases makes zero sense.”

Some states aren’t differentiating subcategories of food workers in their vaccination schedules, though supply shortages across the country are already causing delays as more groups become eligible.

Dividing up the essential worker groups in Colorado allows for 1 million Coloradans to be vaccinated in early March, while another 2.5 million will become eligible when the state’s vaccine supply increases later this month, state officials say.

“It’s disappointing to say the least,” said Maggie Maxwell, who has worked as a restaurant manager for the past five years and as a bartender and server for much longer.

Maxwell said she worries about restaurants’ customer capacities continuing to increase while workers remain unvaccinated. In Denver, where she’s weighing her next career steps, restaurants are close to loosening restrictions further under Level Blue guidelines. A shift down on the state’s COVID-19 dial would move last call to midnight from 11 p.m., where it now stands under Level Yellow.

Maxwell and others in the industry say they are seeing more diners relaxing alongside easing restrictions, especially as spring approaches.

“Not to mention that alcohol in our venues causes guests to throw caution to the wind,” she said. “I’d bet there aren’t too many drunk people in the grocery stores at any given moment.”

Beth Hardin, a pub general manager, put a finer point on her frustration with the delay.

“(Restaurant workers) can’t work from home and are in constant, close contact with unmasked public … (they) likely have sub-par to zero health insurance, no benefits, and if they don’t work they don’t get paid,” she said.

But Gordon Cresswell works as a server in Denver’s bustling LoHi neighborhood, and he’s taking the delay in stride for now.

“It is what it is. I know elderly who still can’t get a vaccine,” he said. “I’m not worried about myself, (I) just don’t want to be a carrier so I’ll continue to wash my hands … and wear a mask religiously.”

On behalf of the Restaurant Association, Riggs expressed concern over the uncertainty of the vaccination process moving forward.

“Up until last week, we believed our workers would be vaccinated starting this week,” she said. “The goal posts keep moving… .”