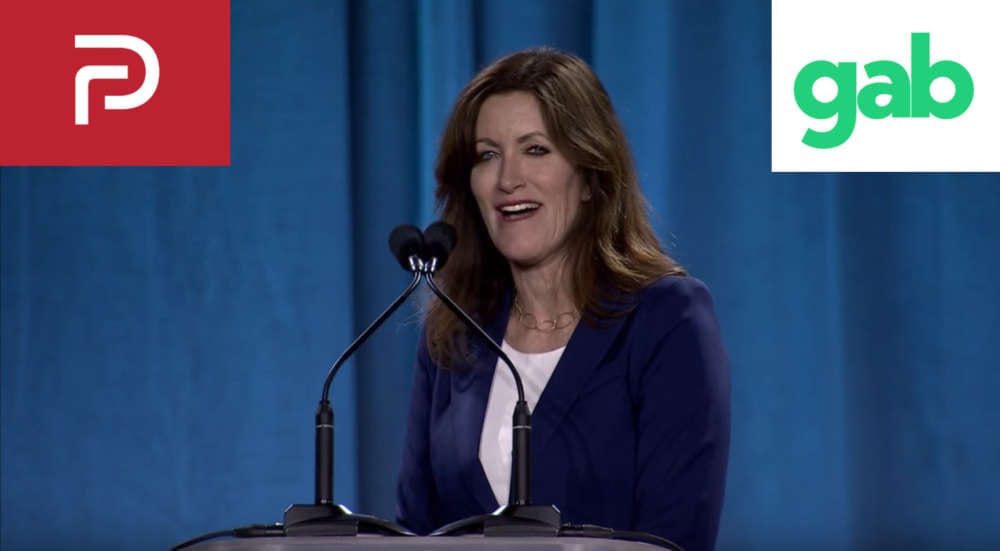 Like it or not, social media accounts are an indispensable component of all professional communications, but especially for elected officials, who can share their message without having to go through reporters. As a rule, the more attention the better. More followers mean a bigger megaphone to talk directly to constituents.

For Colorado Republicans posting on far-right sites Parler and its even more extreme competitor, Gab, however, it appears there’s an exception to that rule.

None of the three Republican members of Colorado’s congressional delegation, nor University of Colorado Regent Heidi Ganahl, the lone statewide Republican elected official, list Parler or Gab among the other social media sites on their websites. The Colorado Times Recorder searched for all of seven of the state’s Members of Congress, as well as both At-Large Regents, but didn’t find Parler or Gab accounts for any of the Democrats.

Both Congressman Ken Buck’s official website and campaign site direct visitors to four social media platforms where people can find him: Twitter, Facebook, Instagram, and YouTube. Neither mentions a fifth platform, Parler, which until recently was growing in popularity as a far-right anything-goes alternative to mainstream sites.

The Jan. 6 insurrection led Amazon to boot Parler from its servers, effectively shutting down the site for over a month. Since its reboot, Parler is much smaller and somewhat slower, but that hasn’t stopped Republican legislators like Buck and Boebert from jumping back on board.

Boebert, the social media queen of Colorado politics who boasts more followers on her platforms than the rest of the state’s delegation combined, is predictably the most frequent user of Parler and Gab.

One of her posts to Gab yesterday offered prayers for the victims and first responders to the Boulder King Soopers massacre. It generated nearly 150 comments, an overwhelming majority of which declared the mass murder to be a “false flag” event, staged by the government in order to implement new gun safety laws.

Boebert’s first post to the newly restored Parler platform on Feb. 15 prompted an actual Nazi account to dispute the Congresswoman’s assertion that “Democrats are the greatest threat” facing America, countering that instead it was “jews.” At the time, Boebert’s office said her campaign staff, rather than congressional staff is for the Parler account.

It’s unclear whether comments such as these make Boebert reluctant to list either platform on her official site. It appears that’s not the case, as her campaign site doesn’t link to any of her social media accounts other than a media page featuring some Youtube videos.

Ganahl likewise leaves both Parler and Gab off her list of platforms where one can “Find Heidi on Social.” Nevertheless she posts regularly to the sites, sharing her latest Denver Gazette opinion columns.

One of her few followers on Gab is the openly anti-Semitic yet nonetheless verified account of Steve Johnson, whose bio states that he is “dedicated to exposing NWO infiltration of society, Exposing Zionist Crimes in society.” The pinned post at the top of his feed is an image of the “Anti-Whitey Checklist,” which warns of people with surnames ending in “berg or stein.”

U.S. Rep. Doug Lamborn (R-CO) likewise doesn’t note his Parler account on either his official or campaign websites. He was an enthusiastic adopter last summer, but hasn’t posted to the post-Amazon version.

None of the congressional offices returned requests for comment. This article will be updated with any response received.