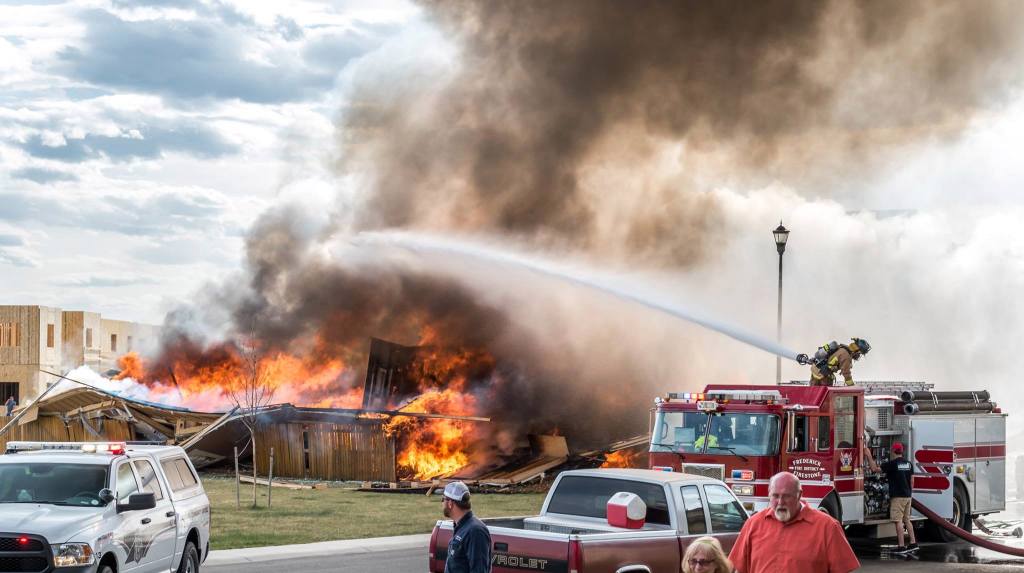 Colorado’s top oil and gas regulators on Monday hit a subsidiary of Occidental Petroleum Corp. with an $18.25 million fine — by far the largest ever levied by the state against an energy company — for its role in a house explosion in Firestone that killed two men three years ago this week.

A federal probe determined that the April 17, 2017, blast, which killed Mark Martinez and Joey Irwin as the men were replacing a hot water heater in the basement, was caused by natural gas leaking into the home from a severed underground pipe.

“We are coming up on the three-year anniversary of the explosion and to the ones who love Mark and Joey it feels like time has stood still,” said Martinez, who also was badly injured. “Nothing has gotten easier and if anything time has only intensified our pain. It worsens with each passing day, and it is hard to breathe. It is difficult to wrap your mind around the fact that a fine is the only recourse when such devastation and tragedy was the result.”

Mark Mathews, an attorney representing Occidental, addressed the commission Monday: “Kerr McGee knows that nothing it says or does here today can bring back what was lost in this accident but it is our hope the extensive safety efforts it has undertaken over the past three years and the penalty now being paid will prevent a tragedy like this from happening again.”

The COGCC announced the proposed fine last month to punish Kerr McGee for the destruction of the Martinez home. The fine approved Monday is more than 10 times larger than the previous top penalty assessed by the agency against an oil and gas company — a $1.6 million Noble Energy fine in 2018.

COGCC Director Jeff Robbins last month explained that “the aggravating factor of death” boosted the fine amount. Erin Martinez chastised the industry in her statement to the commission.

“As an industry, it is critical that you are held responsible to properly maintain all and any equipment left in the ground,” she said. “The bottom line, had you done your job correctly, my husband, my children’s father, and my brother would be alive today. Had the flowline been properly abandoned from the beginning, then nothing that transpired after would have led to the explosion.”

Anadarko reached an undisclosed settlement agreement in 2018 with the families of victims and survivors.

The National Transportation Safety Board concluded last fall that the likely cause was a natural gas leak through a pipeline that had been cut during construction of the home two years earlier.

Fire investigators found a plastic pipe running from an Anadarko well near the house that had been cut when a tank battery was moved before the Oak Meadows subdivision was built five years ago. That pipeline leaked the gas from a point 6 feet from the southeast corner of the home.

Investigators said they found the gas valve at the Anadarko well in the “on” position.

The COGCC plans to use the majority of the penalty’s proceeds to “fund special projects relevant to flowline monitoring and air emissions and will help to increase public safety.” Some of those projects include a mobile air monitoring van, optical gas imaging cameras, satellite and remote sensing technology, remote methane leak detectors, and gas detection and metering equipment.

“These are in concert with ensuring that a travesty such as what happened will not happen in the future,” Robbins said Monday. “We think this is a good use of the penalty money.”

The fund will be known as the Mark Martinez and Joey Irwin Memorial Public Projects Fund.