Colorado reacts to DACA decision: What they are saying 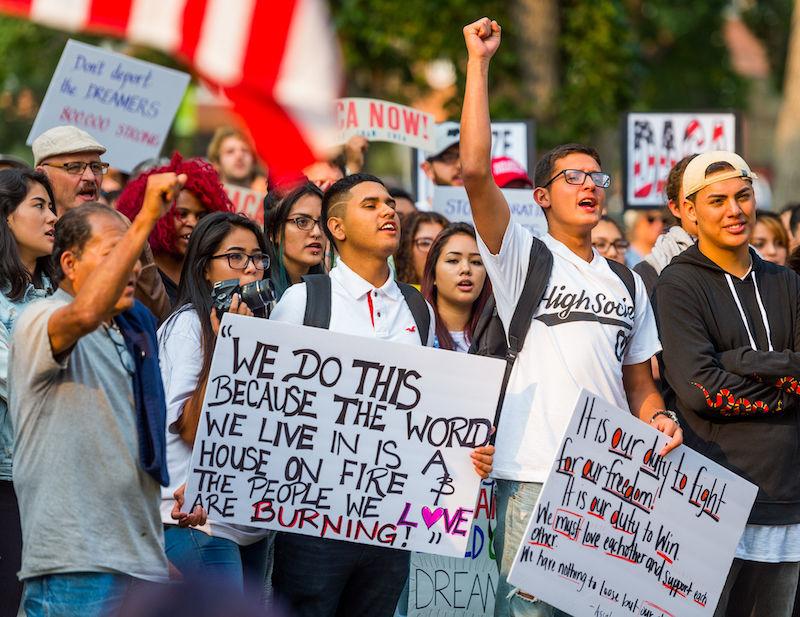 The U.S. Supreme Court on Thursday kept the Deferred Action for Childhood Arrivals program, or DACA, alive, ruling the the Trump administration failed to properly justify ending it.

The Court’s 5-4 decision preserves protections for approximately 650,000 undocumented residents who arrived in the United States as children. DACA, launched by the Obama administration in 2012, provides work authorization and relief from deportation for a period of two years, which is renewable. Recipients, sometimes referred to as dreamers, cannot age out of the program, although they must have lived continuously in the United States since 2007.

Here is what Coloradans are saying about the decision:

“The Trump administration’s decision to end the DACA program was a cruel and unjust betrayal, and it would have destroyed the lives of thousands of Colorado families. Dreamers make up the fabric of this state and this country. Today’s Supreme Court decision is historic and welcome news that will allow our country’s dreamers to continue living and working in their communities without fear. We urge Congress to quickly pass legislation to establish permanent protections and a pathway to citizenship for all dreamers.” — joint statement of the Black and Latino Democratic legislative caucuses in the Colorado General Assembly

“While today’s decision provides some clarity for the thousands of DACA recipients who call Colorado home, Congress still needs to reach a long-term solution for dreamers in the United States — including a pathway to citizenship.” —U.S. Sen. Cory Gardner, R-Yuma

“Today we reaffirm as a nation that we will not stand for President Trump’s cruel and unjustified efforts to deport countless young people. The opportunity that my parents were able to receive in America when they immigrated from Eritrea, and that my sister and myself were able to receive as a result, is incalculable.” — U.S. Rep. Joe Neguse, De-Boulder

“As we celebrate today, we also acknowledge how much fighting for change there is still to do. This decision follows weeks of courageous organizing and protests from black people and allies across the country to demand an end to police brutality, white supremacy and a call to defund the police. We are committed to fight against the systems that are built to target, detain and deport immigrants and which are rooted in the systems of anti-black racism and white supremacy.” — Colorado Immigrant Rights Coalition

“They are an integral part of our workforce; they are teachers, students and members of our military. And even now they remain determined and continue to make contributions to our communities through their courage, their belief and their hope — even as they live in uncertainty. This ruling is a victory for decency and the American dream over fear and hate. We will continue to stand by the 9,000+ dreamers who call Denver home, and we urge DACA recipients to continue to renew their status and Congress to enact permanent protections for dreamers and their families.” — Denver Mayor Michael Hancock