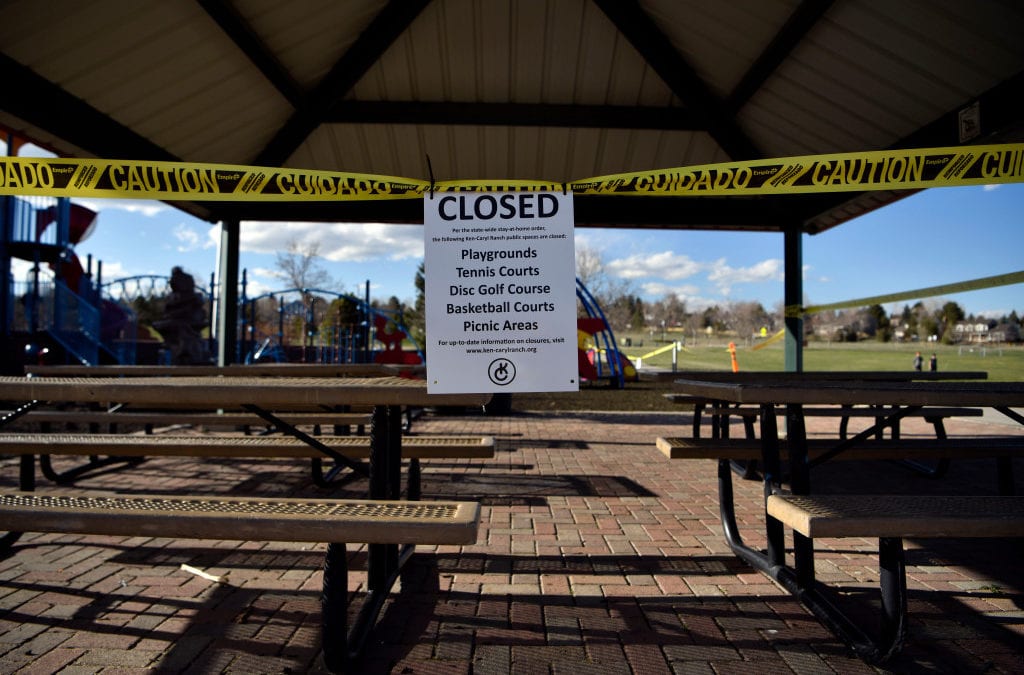 The COVID-19 crisis in Colorado could lead to 941,312 infections by May 7, peak hospitalization of 57,086 on May 14, and 33,277 deaths by June 1 — depending on collective physical distancing, according to projections presented to Gov. Jared Polis that state health officials made public Sunday afternoon.

Alternatively, these projections by a Colorado School of Public Health volunteer research team anticipate 39,114 infections by Nov. 19, peak hospitalizations of 2,703 on Nov. 27, 379 deaths by June 1 and 6,639 deaths by Jan. 1.

State health officials say they’re using these projections to guide their decision-making as the coronavirus spreads. Polis on March 27 referred to the modeling study.

The team includes experts from the University of Colorado School of Medicine at the CU Anschutz Medical Campus, CU Boulder and CU Denver. They’ve been updating their projections as the virus spreads and more information becomes available.

The modeling is based on an understanding that before the virus infects a person that person is susceptible and that, once exposed and infected, the person is contagious. Some shows symptoms. Others don’t. Those infected may recover and become resistant. Or they become sick enough that they need hospitalization and possibly critical care. Some die.

It uses various estimates for the average number of new cases that result when an infected person spreads the virus. Around the world, that number has ranged from two to five. This depends on the frequency of contacts between the infected and uninfected people. State health officials on Sunday said the researchers estimate that number in Colorado likely is above three.

Public calls for physical distancing have aimed at reducing contacts to lower the number of new cases that result from each infection. The researchers modeled case numbers and deaths using effectiveness rates from zero to an 80% reduction of contacts.