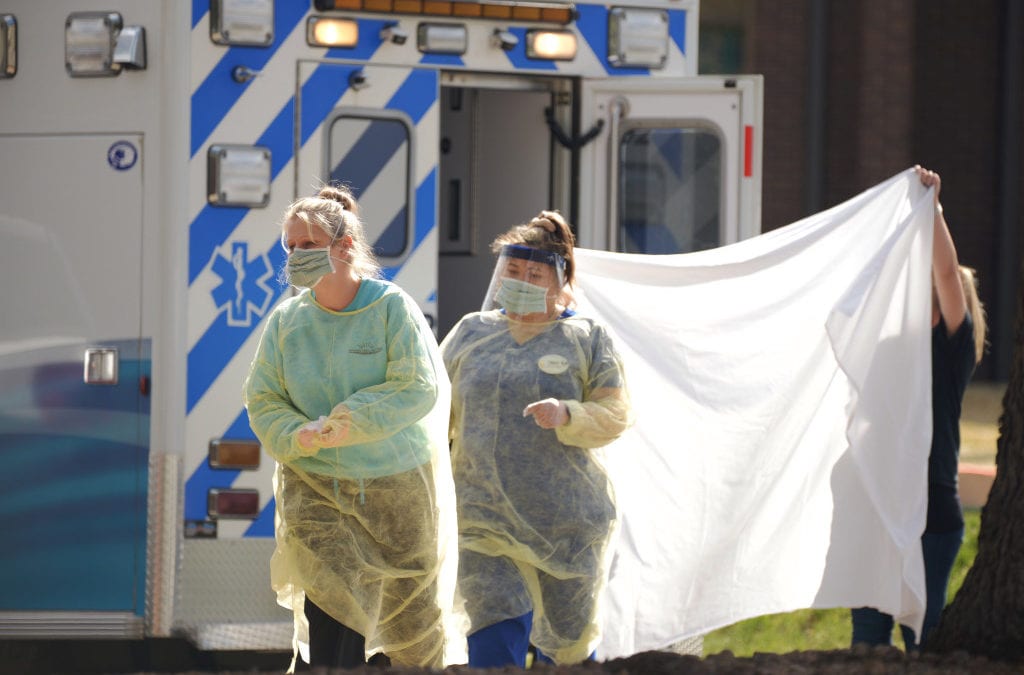 More than one in five known cases of the new coronavirus in Colorado are related to housing for older people or those with disabilities, with more than 1,600 residents and 1,400 staff members believed to have gotten COVID-19.

The state’s outbreak figures include a variety of facilities, such as assisted-living facilities, group homes and some senior communities. The vast majority of the cases are in nursing homes, however, with 1,312 confirmed or probable cases among residents and 1,183 among staff. It’s not clear how many residents and staff members are still sick or have recovered.

Colorado had 14,316 confirmed cases of the new virus as of Tuesday afternoon. It’s unknown how many probable cases might be out there.

Officials with the Colorado Department of Public Health and Environment said the list of cases associated with residential facilities isn’t comprehensive, because there could be other cases in facilities without confirmed outbreaks. As of Wednesday, outbreaks have been identified in 130 residential care facilities in addition to several jails and prisons, food-processing plants and retail stores.

State officials also cautioned that residents and staff in facilities with outbreaks are more likely to be tested than the general public, increasing the odds that cases will be found.

Cases among residents increased by 414 compared to last week, and staff cases went up by 334.

The health care locations with known outbreaks reported 433 resident deaths, up from 323 a week earlier. The number of staff deaths held steady at one. Statewide, 736 people have died of COVID-19, meaning deaths among people living in facilities account for more than half of the total.

The growth in fatalities appeared to be slowing at some of the health facilities that were hit hardest, with no new coronavirus-related deaths reported at Centennial Healthcare Center, Juniper Village, Laurel Manor and Winslow Court in the last week. Other facilities continued to see an increased death toll, however, with Eben Ezer Lutheran Community and Parkview Care Center’s reported deaths rising sharply over the past week.

Facilities with the most deaths among residents were:

Additional cases will almost certainly be found. A few hours before the latest data were released Wednesday afternoon, the Colorado Department of Human Services confirmed two residents had died of COVID-19 and seven others had tested positive at the state-run Veterans Community Living Center at Fitzsimons. Seven staff members at the Aurora facility also tested positive. Those cases weren’t included in the outbreaks data released Wednesday afternoon.

Outbreaks in food processing, other industries

Denver also saw its first confirmed clusters outside of health care facilities, according to the outbreak data. A bakery at an unspecified Denver location owned by King Soopers had 25 cases, United Ground Express at Denver International Airport reported 14 positive tests, and New Genesis Transitional Living, a homeless shelter, said 10 people staying there likely had the virus.

Outbreaks were also reported in jails in Adams, Arapahoe and Weld counties, as well as at Sterling Correctional Facility, which has the highest number of cases of any residential facility in the state.

Food processing plants continued to be hotspots, with outbreaks reported in five meat-processing plants and five other facilities making food for people or pets. One, Leprino Foods, reported 80 cases at its Fort Morgan facility after testing all employees. The facility shut down for cleaning and will partially reopen next week, with a negative test required before employees can return, a spokeswoman said.

The largest recorded outbreak in the state is at the JBS beef plant in Greeley, which has 245 confirmed cases among employees, according to state data. Five local JBS employees have died, including four who worked in the plant.

The meatpacking industry as a whole has been hard hit by the novel coronavirus, and President Donald Trump on Tuesday took executive action to order meat plants to stay open, classifying them as critical to the national food supply chain.

Gov. Jared Polis spoke with Vice President Mike Pence Wednesday about that order, Polis said, and asked that the federal government send not only masks and personal protective equipment to plants, as already promised, but also testing supplies.

“It’s much better for both the workers and for our food security to just remove the 5 to 10% of workers who might be positive from the workforce, rather than have to close the entire plant for an extended period of time,” Polis said, adding later, “I will not let any executive order stand in the way of us protecting people in Colorado and also managing the reliability of the food supply which is also an important economic engine of our state.”