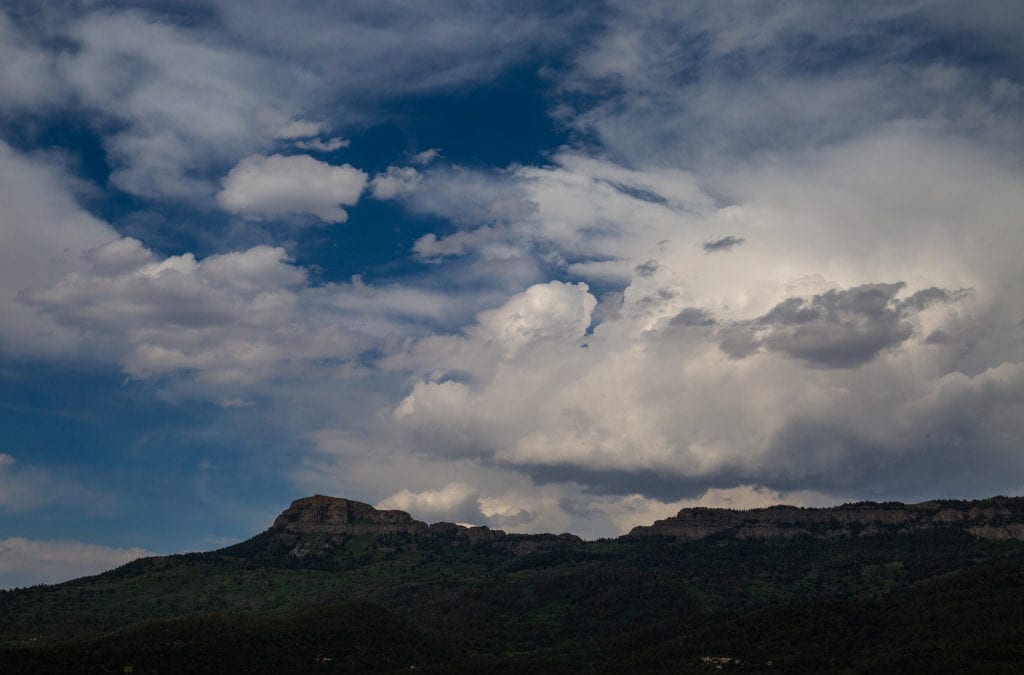 The deal went down on a picnic table in Broomfield on April 1.

“The quietest acquisition of a $25 million property no one ever heard of,” GOCO boss Chris Castilian said.

With a notary public standing 6 feet away, a flurry of signatures transferred southern Colorado’s 30 square-mile Fishers Peak to the state of Colorado. The undeveloped, wildlife-rich parcel is set to become Colorado’s 42nd state park.

But while the acquisition is complete — the deal was formally announced Thursday — funding for the development of the park remains in limbo as lawmakers slash more than $3 billion from the state budget in the midst of the pandemic.

The historic deal for a rare swath of roadless mountain acreage was championed as a national model for parks, with wildlife biologists, conservationists and outdoor recreation groups planning progressive infrastructure that balanced multiple goals in a project that would drive economic growth in southern Colorado. Gov. Jared Polis last fall cheered what will be the state’s second-largest park — and the first new park since 2013 — as “a real iconic opportunity.” And he promised more new parks were coming.

In late January, the State Parks Improvement Appropriation bill proposed transferring $10 million from the general fund for infrastructure in the new Fishers Peak park. That was trimmed to $6 million, with $4 million for Fishers Peak and the rest for other parks. That bill — now in the House Finance Committee — will be considered when Colorado lawmakers convene later this month. But staff at the Joint Budget Committee in mid-April recommended that the parks appropriation bill be postponed indefinitely.

Castilian, who served as a commissioner for Colorado Parks and Wildlife before joining GOCO as executive director in 2017, is critical of the JBC staff recommendation and the committee staff’s fiscal note that the park will return only $30,000 in user fees in its first year. Castilian rejects what he calls “the overarching mindset among Colorado legislators” that if a project or investment does not offer an immediate return, it should be shunned.

“In my opinion, there should be an obligation by the state to put money in state parks. I think it’s terrible public policy to expect all our state parks to operate at a profit. That is not what parks are meant to do,” he said. “I think we need to ask ourselves as a state, if we want a world-class park system, we are going to have to invest the resources to support that system. At some point, the general public and the legislature need to take that responsibility.”

Luckily, people are playing the lottery during the pandemic. Profits from the lottery support both GOCO and Colorado Parks and Wildlife.

Castilian said early forecasts of a 15% to 20% drop in lottery revenues were too dire and lottery receipts are trending back up. “They may have a slight dip over March and April,” he said.

The hazy horizon for state-funded park development at Fishers Peak isn’t slowing planning. The two national conservation groups are working toward plans that develop more recreation on the north side of the property bordering Trinidad and quieter wildlife habitat on the southern end.

“We are still moving forward. We are still working on planning an opening this calendar year and we are working on the outdoor recreation part,” said Carlos Fernandez with The Nature Conservancy. “And when the time is right, I think we have a great opportunity to create a second new state park.”

While it is unlikely that Trinidad and Colorado Parks and Wildlife will get their wish for a soft opening in June, plans to open the park in early 2021 remain on track — for now.

“We have gotten this far. It’s in the hands of CPW now, so it’s just a matter of time and waiting for this COVID-19 to settle down and maybe people can start moving around and maybe some of that tax base revenue will come around so there will be investment in the project,” Trinidad Mayor Phil Rico said. “We are glad it’s moving forward. It’s better to move slow than not at all.”

The post Colorado now owns Fishers Peak, but funds to build the newest state park are in coronavirus limbo appeared first on The Colorado Sun.