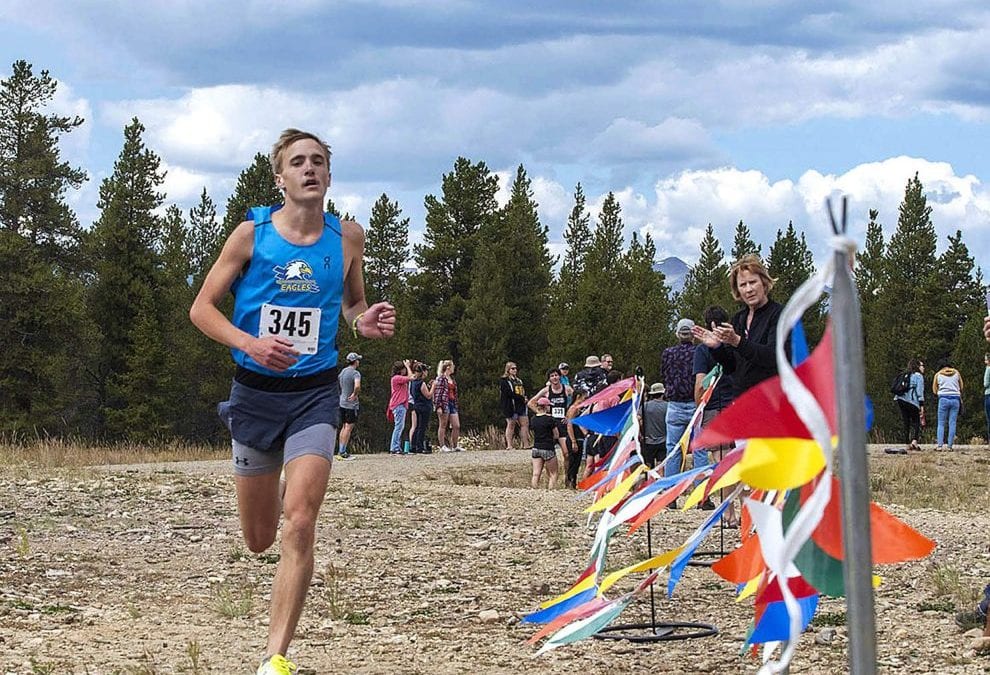 Colorado Mountain College’s cross-country running team members are ready to lace up their running shoes for the team’s second season.

And, at a time when many college teams are learning to practice while physically distanced, the CMC Eagles have a lead on the competition because they are already well-versed in virtual sport.

Head Coach Darren Brungardt shared that the team has nearly doubled in size, thanks to recruits from Colorado, Arizona, Indiana, Kansas, Nebraska and Wyoming. The college will also field its first women’s team this fall.

“I am really thrilled with how much our team has grown,” said Brungardt, who is also a mathematics professor at CMC. “We are going to be strong and competitive.”

The college’s cross-country team made history last fall in its first season competing as a National Junior College Athletic Association sanctioned team. Students across the multi-location college district were able to train at their home campus and then join other team members and the Leadville-based coach at competitive events.

Heading into the 2020 season, the college will also continue its partnership with On Running. The Swiss performance running company provides shoes and training apparel for the student-athletes.

“I’m excited to race with all my new teammates,” said Kansas native Jack Setser as he starts his second season with the CMC Eagles. “And I can’t wait to run at nationals this year.”

While the CMC Eagles have not been immune to the ups and downs of the pandemic, the cross-country team has been better prepared because they already have a built-in “virtual” component.

CMC Athletic Director Angela Dunn explained even though the team is based at the college’s Leadville campus, students from any of CMC’s 11 locations can compete from their home campus.

“With the team being set up the way it is, I believe that we already place a high value on connectedness because we want the athletes at all of the campuses to have the same experience,” said Dunn. “COVID is just reminding us how important connection and communication are.”

Brungardt, based in Leadville, and Dunn, located in Garfield County, 100 miles away, have to communicate regularly to discuss recruiting, training and meet schedules. They’ve hosted numerous “virtual” recruiting sessions this spring when the pandemic was starting to spread in the U.S.

First-year runner Ember Penas of Nebraska said she felt “supported” by the CMC cross-country team from day one.

“It feels like being with family,” she said. “I had built-in friends as soon as I showed up on campus.”

Also joining the team this year is Dylan Dunbar, who just graduated from Coal Ridge High School in New Castle in the spring. He now attends CMC’s Leadville Campus.

The CMC Eagles have their sights set on competing at the NJCAA regional and national meets this year. Brungardt noted the team is headed into the fall with a positive mindset, but winning isn’t their only goal.

“Winning would be awesome, but we want to see our runners improve and grow all while enjoying everything our mountain communities have to offer,” he said.

In a recent virtual meeting, team members got to know more about each other by sharing who they are outside of running, and to emphasize they are more than athletes.

“We emphasize personal growth and development,” said Dunn, who also serves as an assistant coach. “We want our student-athletes to walk away feeling like they have gained more than just speed and PRs.”

The Eagles are scheduled to kick off their season Sept. 5 at the Carr Cross-Country Open.