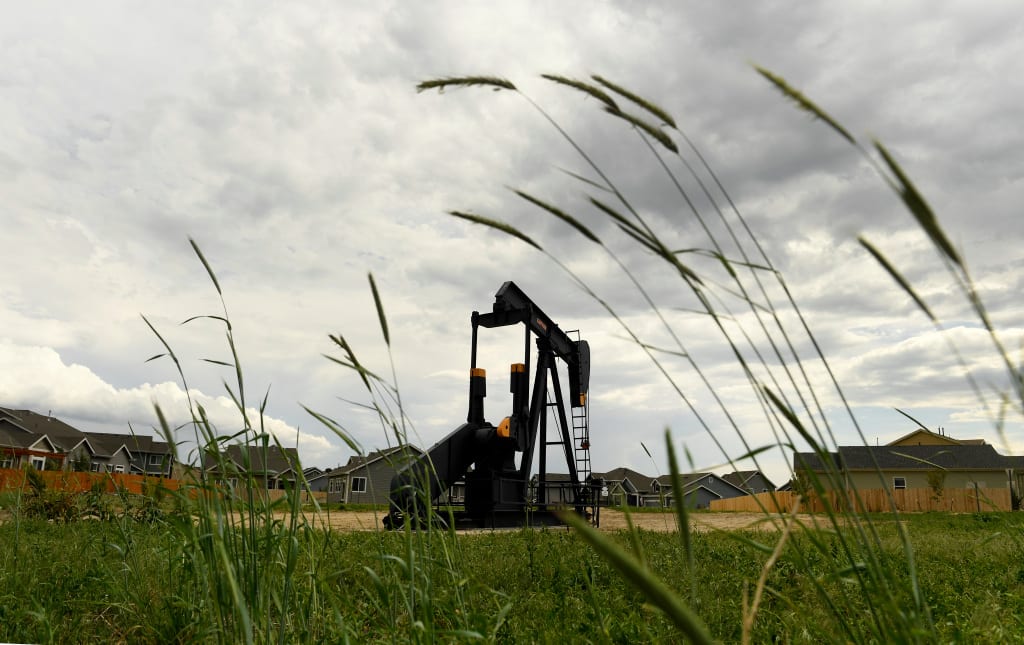 Kathy Allen and her family might not be the first people who come to mind when tallying up the oil and gas industry’s losses, but as mineral owners they too are feeling the squeeze.

The family owns minerals in various spots across oil-rich Weld County. Some of the tracts date back to the early 1900s.

“A lot of them were purchased by my great-grandfather, who was an abstractor, starting in the teens,” Allen said.

Some of the purchases were made during tax sales or when a subdivision was platted. She doesn’t think her great-grandfather bought the land for the minerals underneath it. But through the decades, royalties from companies that mined the oil and gas have helped get the family through tough economic times and provided a financial cushion.

“My grandmother reaped the benefits of that. My grandfather was a music teacher in the Denver schools when he died at a young age,” Allen said.

The royalty payments helped cover expenses when Allen’s mother, who was diagnosed with dementia, moved into a care facility.

The family is among about 600,000 mineral owners in Colorado who stand to lose out as oil and gas companies stop drilling new wells or halt production because of low prices due to low demand during the coronavirus pandemic. The Colorado Alliance of Mineral and Royalty Owners said reports by the industry show that mineral-rights owners were paid a total of roughly a half billion dollars in 2019.

“While mineral and royalty owners are often thought of as large entities, the truth is that the average mineral owner in Colorado receives a monthly check of around $500,” Neil Ray, president of CAMRO, said in a statement. “These are people who rely on this money for a variety of personal expenses, including paying for college or caring for elderly parents.”

Mineral owners could lose hundreds of millions of dollars in monthly royalty payments because of the industry’s “extraordinary economic distress,” according to CAMRO.

Royalty payments tided Allen over when she was laid off by Anadarko Petroleum in 2016. The money helped keep her sister, a single mother, financially afloat.

The money has helped the family pay bills, college expenses and allowed Allen to donate to charities. But she’s concerned the widespread layoffs in the oil and gas industry and declining production will make matters worse from the halls of the state Capitol, where legislators are facing a $3.3 billion shortfall, to landowners who look to monthly royalty payments to fill the gaps.

Education is one of the huge fiscal holes that lawmakers are trying to fill. Oil and gas royalties from production on state-owned lands have generated $1.7 billion for public schools since 2008, according to the Colorado State Land board.

The royalties are often vital to landowners’ budgets as well, Allen said. “A lot of farmers and ranches still have their minerals. A lot of times it gets them through a bad year with the crops.”

Not everyone who owns land also owns the oil, gas and other minerals below it. Someone might sell the land but keep the minerals below. Or the minerals might have been sold separately a while ago, resulting in what’s called a split estate.

In the state’s case, joining the union in August 1876 earned it about 4 million acres of land and the minerals underneath. The federal government granted land to new states across the West. By law, the revenue produced by state trust land goes to public schools.

There are 1,216 active oil and gas leases on trust land, Kristin Kemp, spokeswoman for the Colorado State Land Board said in an email. She said the land board had received more than 20 requests since March 1 to shut down wells. The requests granted were due to economic conditions.

The trust lands are the primary source of money for  the Department of Education’s Building Excellent Schools Today program, which provides competitive grants for school construction and renovation. Money also comes from recreation and agriculture leases.