Colorado may see its biggest overhaul of marijuana laws since legalization 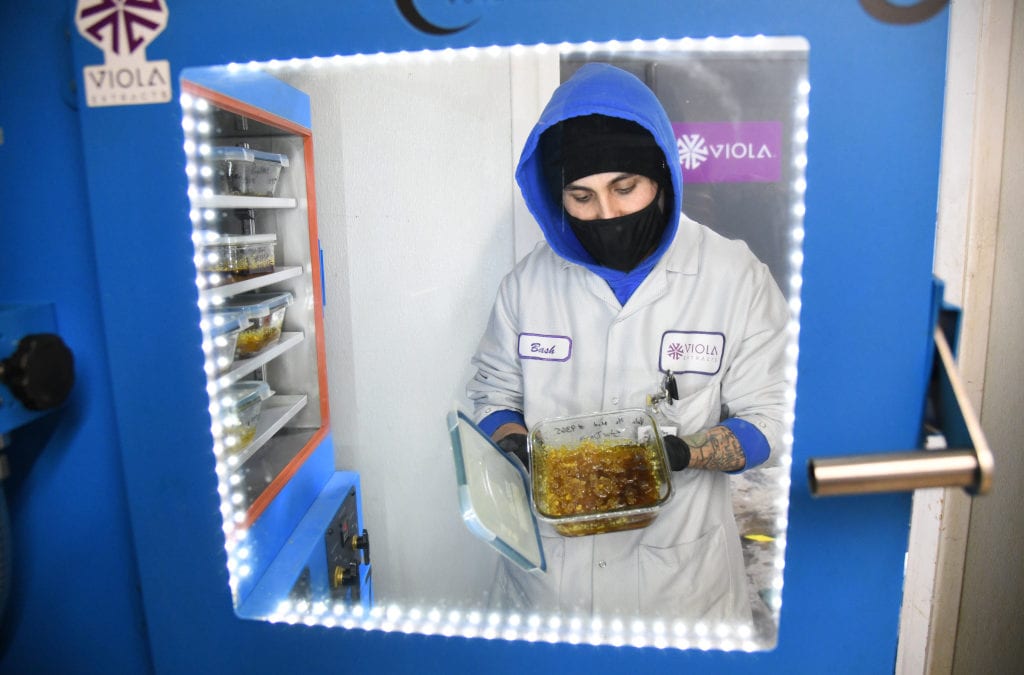 They don’t make cannabis products like they used to, and there’s an increasing number of Colorado lawmakers who think that’s problematic.

As recently as 2014, the vast majority of medical and recreational cannabis sold in Colorado was flower and only 11% was the high-potency concentrates consumed through dab rigs or vape pens. By 2019, concentrates took up a third of the market and flower was below 50%.

With the rising popularity of high-THC concentrates, which are several times more potent than flower and edibles, come worries among deep-pocketed political groups and their statehouse allies that teenagers have too much access to it without enough knowledge of the effects.

Lawmakers are working on what could be the biggest marijuana legislation in Colorado since recreational cannabis was legalized in 2012 — a bill that would more tightly regulate the state’s industry with a range of proposals, including a possible THC potency cap, a requirement that people seek medical cards in person only and improved data collection aimed at stricter enforcement of purchasing limits.

Its potential impact is enough to have the cannabis industry and its advocates warning of a so-called soft prohibition and again raising concerns about racial inequity in the business itself.

For those who want to see it pass, the chief stated priority is the health and safety of children. And the public face of the proposal is the legislature’s lone medical doctor, Democratic Rep. Yadira Caraveo, a pediatrician.

“In the last couple years, I’ve seen much more frequent use among teenagers, to the extent that I just saw a patient — young lady, cheerleader, great kid all around, but she’s been using these (high-potency) products daily and ended up in the hospital because she was vomiting constantly and lost 25 pounds,” said Caraveo, who is from Thornton.

“I would like someone to explain to me why this is being wrapped around, ‘Oh, the children, the children,’” she said. “What we’re discussing here is clearly a parenting issue, not a business issue.”

James added she can buy a truckload of Everclear at a liquor store but lawmakers don’t seem interested in limiting its 95% alcohol content or installing strict purchase limits like they might do with concentrates — which usually have 70-80% THC content — or other cannabis products.

“These legislators do this all the time,” she said. “It does nothing but put their names in the paper and get their 15 minutes.”

One gram of marijuana concentrate is weighed before packaging at Viola in Denver on Wednesday, March 10, 2021.

Caraveo initially proposed to ban any cannabis products with THC potency above 15%, but industry backlash was swift and it was immediately clear that Democrats who control the Capitol would not allow such a bill. It was never introduced.

But many lawmakers are at least interested in having the conversation about weed potency, which has led Caraveo to keep going — though she acknowledges that a 15% cap is a non-starter politically.

“I don’t know that we can take a piecemeal approach and have something big and controversial again next year, and the next year,” Caraveo said. “This is an industry that has some benefits but also we’ve learned that it has changed, and like any industry there are things we need to readdress. It’s a regulated industry, so let’s regulate it.”

Her revised bill, which is still in negotiations, may end up applying a cap on only concentrates, she said, adding that no proposed percentage has been set yet — and no decision has been made about whether to include flower under the cap.

Other changes on the table include creating a database to crack down on people who purchase more cannabis than the state’s daily limits (one ounce recreational, two ounces medical) due to a lax system of enforcement, and banning medical marijuana patients from obtaining or renewing their cards virtually.

“We want a bona fide relationship with a doctor and a patient,” Caraveo said.

All told, the package could amount to the state’s most comprehensive reassessment of cannabis regulations since voters approved recreational marijuana in 2012.

Caraveo’s side just commissioned a poll showing two-thirds of Coloradans support a THC potency cap. And she is backed by political groups like Smart Approaches to Marijuana and Smart Colorado, both of which are connected to wealthy donors and have supported a slew of potency limitations in other states.

Caps have largely failed elsewhere, though Vermont limited flower at 30% THC and concentrates at 60% THC when it legalized marijuana in 2020.

Supporters and opponents of the bill say science should be the guiding principle behind setting caps, not political compromise. But there’s a dearth of studies on the effects of these products, largely because marijuana is still federally classified as a Schedule I drug like LSD and peyote.

Colorado’s health department issued a report last year that said “use of cannabis with higher THC content (12-18% THC) was associated with diagnosis of a psychotic disorder in adulthood, regardless of childhood cannabis abuse status.” Use of these products among kids is rising too, the report said.

Viola was one of the first legal concentrate producers in the state, and business is booming: close to $6 million in Colorado alone last year, up from about $1 million five years ago. Loving said Viola has 20-30 competitors now, up from single digits a few years back.

Standing in a packaging room at Viola’s production facility this week, Loving remarked that some $320,000 worth of concentrate moves through the building daily. Her colleague held out a small container of concentrate that he said represented $8,000 in profit.

If Colorado adopts a potency cap anywhere in the range of 60%, Loving said Viola would “have to change our whole business model.”

She added, “It would recriminalize something we fought so hard to decriminalize.”

Denver business Viola sells marijuana concentrate to be consumed in a dab rig or a vape pen.

“A chance to lead”

No matter what Caraveo’s side of the cannabis lobby wants, the power broker on this is House Speaker Alec Garnett, a Denver Democrat. He’s concerned about potency but also protective of an industry that sold a record $2.2 billion in 2020, with close to $400 million in tax revenue. The bill won’t debut without his blessing.

“If we have a chance to lead, we should. Colorado was the first state to end prohibition, and with the ongoing conversations we’re having, we should also be the first state to create a blueprint for the industry that addresses the impact some products are having on our youth,” Garnett said. “We’ve had a lot of productive conversations in the last few weeks about how we could do this.”

And unlike most other policy matters at the Capitol, there are no clear party lines with cannabis. Caraveo has support from some Republicans, while some fellow Democrats are ready to fight her on this.

“You’ve got advocacy groups from the very conservative political stripe, from the very liberal stripe,” said Sen. Paul Ludneen, a Monument Republican who plans to be a lead sponsor of Caraveo’s bill. “It’s not really about politics. It’s about a public health crisis that’s affecting children, and how we need to address it.”

The stakes are high, with potential to ripple across states, said Christian Sederberg, the chairman of the board of the Cannabis Trade Federation and interim board chair of the United States Cannabis Council.

“In terms of the broader impact nationally,” said Sederberg, who also helped write the amendment that brought about legalization, “Colorado has consistently set an example for how to responsibly transition from a deeply ingrained prohibition model to a legal and well-regulated cannabis market.”