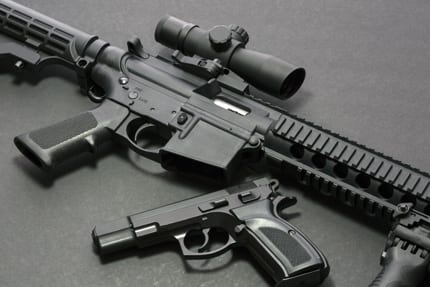 One of the most perverse things to happen to the American experiment in recent decades has the been the extreme right’s hijacking of the word “freedom.” In this bizarre, through-the-looking-glass view of the world that’s taken hold in many places thanks to relentless propaganda mills like Fox News, right-wing talk radio and the NRA, “freedom” is more about making money (mostly for rich people and corporations) and the “right” to own mass killing machines, than it is about the simple freedom to live one’s life without worrying about how one will afford basic healthcare, or walk into a grocery store without fear of being murdered by an assault weapon-toting madman.

This tragic perversion was on display yet again for the umpteenth time yesterday in Boulder, Colorado as yet another disturbed individual armed with AR-15 (according to CNN) caused 10 people to lose their lives in a supermarket.

Dear readers, this is utter madness.

As Becky Ceartas of North Carolinians Against Gun Violence wrote more than three years ago in the aftermath on the horrific mass shooting in Las Vegas:

While the gun industry and its vast network of paid apologists love to cast their promotion of unfettered gun rights as somehow constituting a defense of freedom and liberty, the opposite is actually the case.

After all, which poses a greater threat to our nation’s freedom and liberty: the fear that now regularly grips tens of millions of Americans as they contemplate the risk of violence every time they enter a concert, sports arena or theater or the requirement that a small percentage of our citizens (gun owners and would be gun owners) endure the kind of limitations everyone endures when obtaining a driver’s license and/or registering an automobile?

As reported, in the immediate aftermath of yesterday’s horror, a number of important elected leaders issued statements on social media calling for new and commonsense gun safety laws.

“It doesn’t have to be this way,” [Colorado congressman Joe] Neguse wrote. “There are steps we can take — and must take — to protect our community; common-sense, broadly supported proposals that will save lives. If we are truly invested in saving lives, then we must have the willpower to act and to pass meaningful gun reform. The time for inaction is over.”

In a tweet, Democratic California Representative Adam Schiff wrote, “Once again, a gunman has turned a public space into a site of tragedy. We don’t have to live in fear like this. We must pass commonsense gun reforms.”

Senate Majority Leader Chuck Schumer tweeted “This Senate must and will move forward on legislation to help stop the epidemic of gun violence.”

But, of course, we’ve heard this before.

And much as we might wish it otherwise, it seems all but certain that these calls will be ineffective. Much in the same way that North Carolina Senate President Pro Tem Phil Berger continues to cost thousands of North Carolinians their lives (and limit the freedom of hundreds of thousands more) with his cruel and senseless blockade of Medicaid expansion, Republican leaders will block reasonable gun control laws and continue their assault on the freedom of hundreds of millions of Americans by forcing them to put their lives at risk every time they enter a public space.